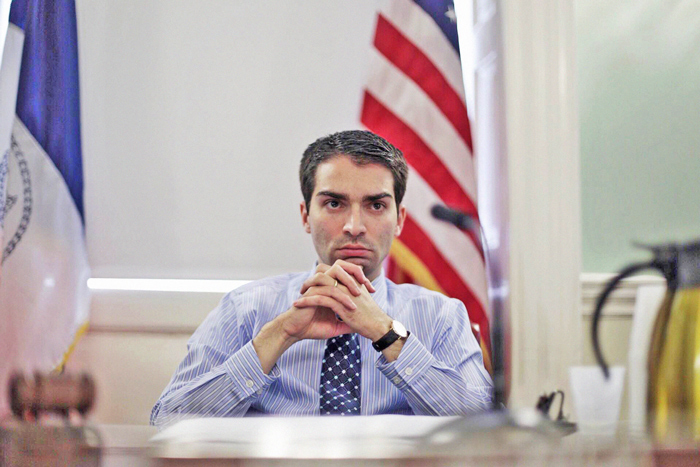 City Councilman Eric Ulrich (R-Ozone Park) two weeks ago called for a “no confidence” vote in the council against Mayor Bill de Blasio and urged Gov. Andrew Cuomo to remove Hizzoner as the city reeled from aggressive demonstrations and looting.

“I just woke up & NYC is still smoldering from civil unrest. @NYCMayorhas lost control of the situation. Even some of his closest allies have abandoned ship. It’s time for @NYGovCuomoto step in & remove him from office. I will be calling for a vote of no confidence @NYCCouncil,” Ulrich tweeted on June 4.

Ulrich insisted that his calls for Hizzoner’s head were inspired, at least in part, by Cuomo, who earlier this month indicated that de Blasio could be “displaced” after looting left many NYC businesses in woeful disrepair and the five boroughs teetering on the edge.

“I think that a vote of no confidence in the City Council sends a strong message, not only to the governor and our colleagues in Albany, but to the rest of the country that we need strong leadership,” Ulrich told 1010 WINS-AM.

De Blasio added confusion to “no confidence” this week when he mentioned to CNN that the city may not enter Phase 2 of reopening until well after June 22—the date Cuomo allowed for the city to move on to the second stage of reopening after the COVID-19 crisis.

“Great. I asked City Hall this week if June 22 would be the start of Phase 2 in NYC and was told it was up to the governor,” Councilman Justin Brannan (D-Brooklyn) tweeted Tuesday.