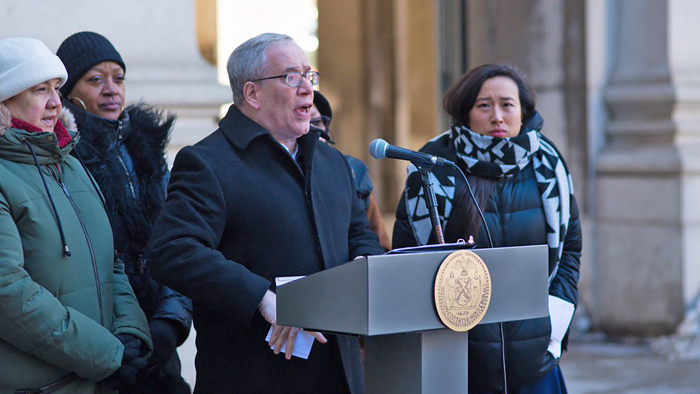 File Photo
“It is unacceptable that any of our most vulnerable residents experience neglect, abuse or misconduct in the City’s long-term care facilities,” Comptroller Stringer said.

The City’s Long Term Care Ombudsman Program—which employs those who serve as essential eyes and ears to protect older adults and people with disabilities within long-term care facilities; and identify cases of abuse and neglect, advocate for resident needs and raise quality of life concerns—is massively underfunded, according the findings of an alarming new investigation recently released by City Comptroller Scott Stringer.

According to the comptroller, New York State ranks fourth in the nation in the number of people institutionalized in long-term care facilities; yet in 2017, the City did not contribute any funding to the program and the State spends less than $600,000 annually on the City’s LTCOP. The COVID-19 crisis highlights the need for the City and State to sufficiently fund the City’s LTCOP. The comptroller’s analysis, supported by federal and state reporting, suggests that in addition to the disproportionate impact of the virus, residents of nursing homes are plagued by improper administration of drugs, pressure ulcers, inappropriate discharge to homeless shelters, and mistreatment by other residents.

Highlights of Stringer’s report include:

“The disproportionately high number of COVID-19 deaths among our long-term care facility residents must be a wake-up call. We must step up, implement stronger oversight and accountability measures, and provide adequate funding for the ombudsmen program to guarantee that beloved friends and family are appropriately protected and that long-term care facilities are safe and secure environments for older adults and New Yorkers with disabilities,” Stringer said. “It is unacceptable that any of our most vulnerable residents experience neglect, abuse or misconduct in the City’s long-term care facilities. The City should not shirk its responsibility to the New Yorkers who built up our neighborhoods, stayed through the tough times, and remain the bedrock of our communities.”