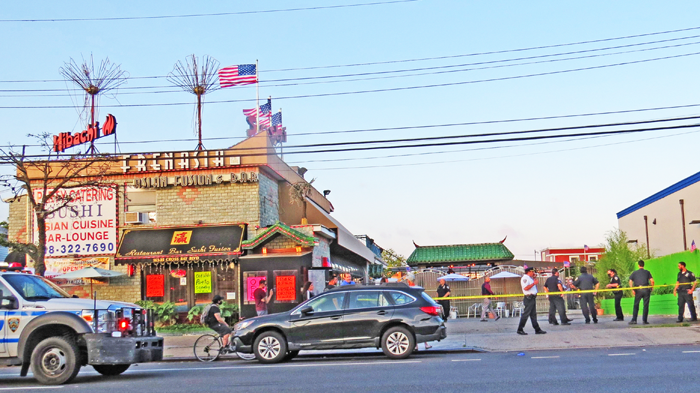 An apparent long-standing dispute between two men at a Howard Beach restaurant ended Tuesday night when one of them pulled out a gun and open fire, striking an innocent bystander, according to eyewitness accounts and published reports.

One shocked witness told The Forum that the two men—one white and one African-American—have had words in the past at Frenasia, located on Cross Bay Boulevard and 163rd Avenue. However, on Tuesday, the white man allegedly swung a chair in his enemy’s direction while referring to him by using the N-word. That’s when the black man, reportedly a retired NYPD cop, allegedly pulled out his legal, registered weapon and fired several shots in the Asian bistro’s outdoor dining area, striking an innocent bystander—waiting for his takeout order—in the lower back.

The victim was rushed to Jamaica Hospital Medical Center in stable condition, according to authorities.

Both men were taken into custody at the scene.