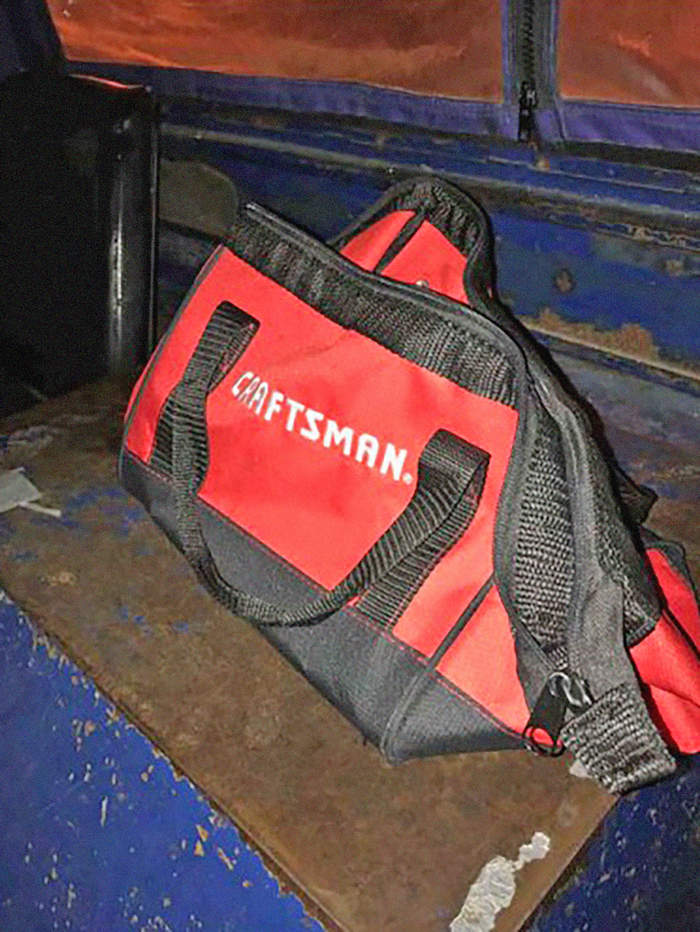 Belloisi’s tool bag, in which he allegedly was going to put some of the coke bricks.

An American Airlines mechanic at John F. Kennedy International Airport on Monday was arraigned via teleconference on an indictment charging him for his alleged role in importing more than 25 pounds of cocaine from Jamaica, federal prosecutors announced.

Paul Belloisi, 52, has been charged with conspiracy to possess cocaine with intent to distribute, conspiracy to import cocaine, and importation of cocaine. Belloisi, of Hicksville, L.I., was arrested on Feb. 5, released on a $300,000 bond, and indicted by a grand jury in Central Islip, L.I., on June 18. 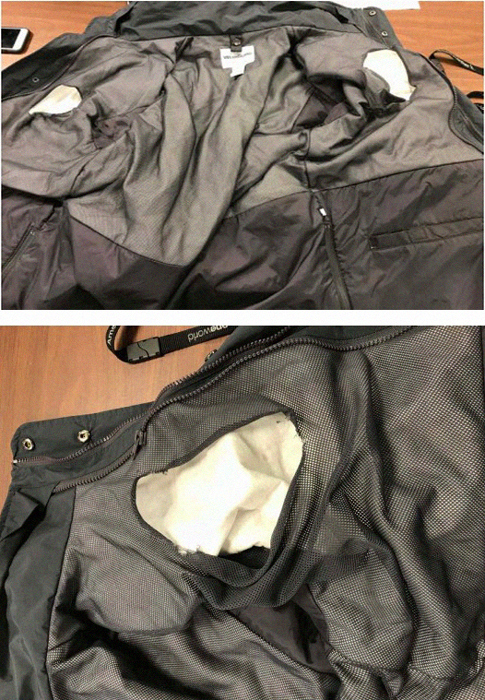 According to court filings, on Feb. 4, shortly after American Airlines Flight 1349 arrived at JFK Terminal 8 from Montego Bay, Jamaica, a routine search by U.S. Customs and Border Protection officers who are members of the JFK Anti-Terrorism Contraband Enforcement Team revealed approximately 11.594 kilograms (25.56 pounds) of cocaine bricks concealed behind an insulation blanket in an external mechanical compartment beneath the aircraft. CBP officers and Homeland Security Investigations special agents then began visual surveillance of the aircraft from a distance. Shortly before the aircraft was scheduled to depart, Belloisi was observed approaching the aircraft and entering the compartment where the cocaine had been hidden. The officers confronted Belloisi after he exited the compartment and observed evidence that Belloisi had handled the area where the cocaine bricks were discovered. Belloisi also had carried an empty tool bag to the aircraft and had cutouts in the lining of his jacket, which together were sufficiently large to hold the bricks of cocaine that had been in the compartment.

“As alleged, this airline mechanic abused his position as a trusted employee and his access to sensitive areas of JFK Airport to participate in the clandestine importation of cocaine,” said Brooklyn U.S. Attorney Richard Donoghue. “These charges will serve as a warning that federal law enforcement authorities remain vigilant in protecting the security of our borders and fighting the scourge of international narcotics trafficking. Those who attempt to poison our communities by smuggling drugs through our ports of entry will be held accountable.”

If convicted, Belloisi faces a maximum sentence of life in prison.