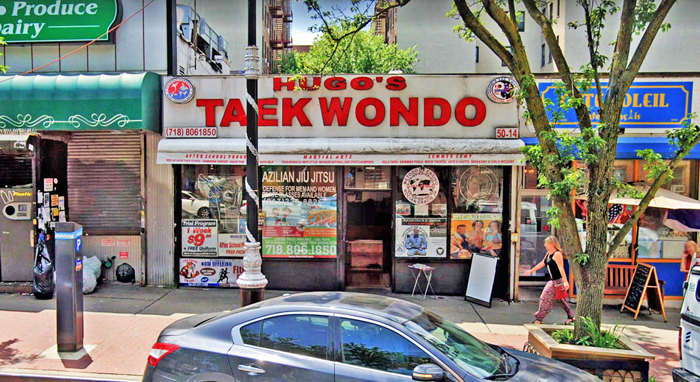 Quinchi taught at Hugo’s Tae Kwon Do Studio on Skillman Avenue in Sunnyside.

A Sunnyside martial arts instructor has been sentenced to seven years in prison after admitting to having repeated sexual contact with an underage victim between August and October 2019 in the Tae Kwon Do studio where he taught, Queens District Attorney Melinda Katz announced Tuesday.

Last month, Hector Quinchi, 37, pleaded guilty to rape in the first degree and endangering the welfare of a child. Quinchi was sentenced Tuesday morning to seven years in prison, to be followed by 10 years’ post-release supervision. He will also be required to register as a sex offender upon his release from prison.

According to the charges, Quinchi taught at Hugo’s Tae Kwon Do Studio on Skillman Avenue in Sunnyside where the 12-year-old victim took karate lessons. On multiple occasions in August 2019, Quinchi had sexual contact with the victim. He touched her intimately, kissed her and in October 2019, had sexual intercourse with her.

The defendant turned himself in to police soon after learning that the girl had told her parents about the abuse, Katz noted.

Quinchi “was supposed to teach this youngster how to defend herself, but he was the one from whom she needed protection,” Katz added. “He manipulated a child too young to consent to sex. The Court has sentenced him to prison for his reprehensible actions. My Office will not tolerate adults who abuse their positions of trust to victimize children.”