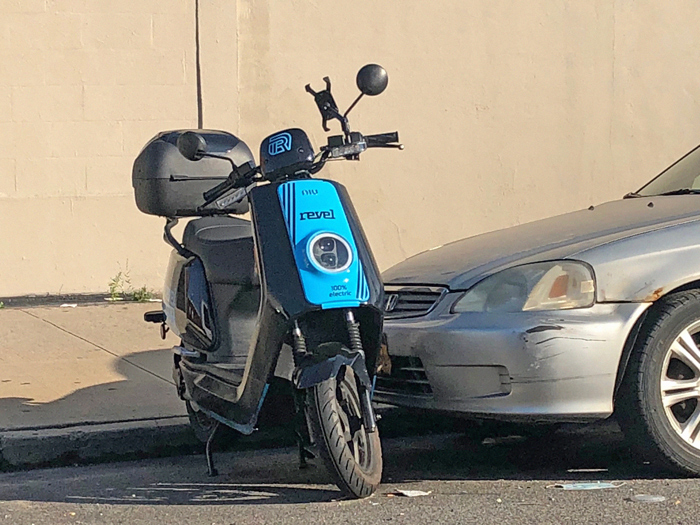 In a pact with the City, Revel has agreed to close monitoring of its operations and will institute stricter safety protocols.

In a pact with the City, the company has agreed to close monitoring of its operations and will institute new stricter safety protocols—including around rider training, account security, helmet use, and its hours of operation.

According to DOT, the changes result from Revel’s dramatic growth over the last year, during which it grew to 3,000 electric mopedsserving Brooklyn and Queensfrom 1,000 mopeds serving those areas and sections of Manhattan and the Bronx The growth came with a surge in ridership, but also with increasing concerns over the company’s safety record, including 330 overall crashes with injuries in the first seven months of 2020.

If Revel does not follow the protocol’s commitments, the City will move to immediately suspend the service until further notice, DOT officials said.

“We are pleased to see that Revel, a popular new mode of transportation for many New Yorkers, has committed to enhanced safety measures, including strengthening rider training, monitoring and accountability, fostering better compliance with helmet requirements, and rooting out fraudulent and dangerous rider behavior,” DOT Commissioner Polly Trottenberg said. “The City will closely monitor Revel’s operations during this relaunch and, going forward, plans to work with all interested stakeholders to promulgate rules to govern the operation of shared moped services in New York City.”