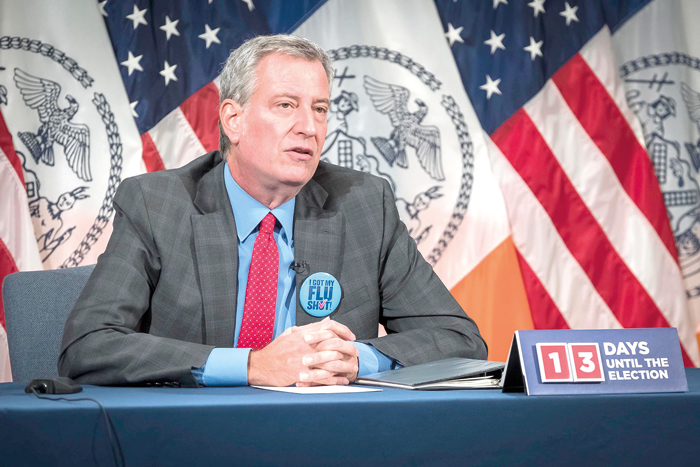 Mayor Bill de Blasio on Thursday announced the acceleration of capital funding within the City’s affordable housing plan, a major step toward ensuring a fair recovery from the COVID-19 crisis. The City will shift $466 million to the current fiscal year’s capital budget during the upcoming Preliminary Plan to address urgent affordable housing needs, bringing the capital investment this fiscal year to over $1.4 billion.

Last week, the City released the Where We Live NYC Plan, the City’s blueprint for fair housing in the five boroughs to break down barriers to opportunity and build more integrated, equitable neighborhoods.

“Stable, affordable housing is critical to the health and well-being of New Yorkers, and we are doubling down on our ambitious housing goals,” said Deputy Mayor for Housing and Economic Development Vicki Been. “These funds will maximize our production pipeline, prioritizing NEW housing for those who are most in need, while also putting people back to work and furthering projects sponsored by our M/WBE and non-profit developers to ensure our economic recovery is robust and fair.”

According to the administration, since the pandemic began, the City has advanced a robust affordable housing pipeline. The Department of Housing Preservation and Development continued to support projects with limited use of City capital – focusing on developments that serve vulnerable residents and communities – and sponsored by Minority and Women-Owned Business Enterprises and nonprofit developers.

“This administration has made affordable housing a priority since day one, and especially in this critical moment, we are grateful for the additional funding,” said HPD Commissioner Louise Carroll. “With these restored funds, we’ll be forging ahead on the goals of Housing New York with an even sharper focus on protecting the most vulnerable among us – New Yorkers at the lowest income levels, our seniors, those experiencing homelessness – and helping make this city a more equitable place by supporting M/WBE’s and nonprofits projects as well as those in neighborhoods hit hard by COVID-19.”

This past summer, de Blasio announced that the City financed 30,023 affordable homes in the last fiscal year. To date, the City has financed almost 166,000 affordable homes, of which 44 percent serve extremely low and very-low income families, those earning less than $30,720 or $51,200 for a family of three, respectively.