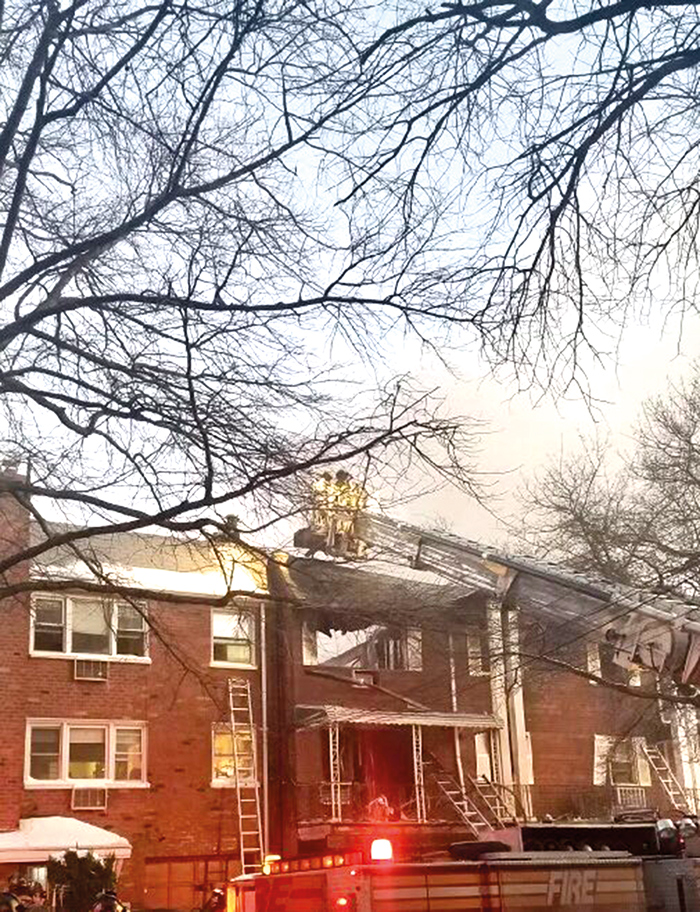 It took approximately 140 firefighters to knock down the stubborn blaze.

Firefighters received the call to respond to the three-story 48th Avenue residence around 5:35 a.m. It took approximately 140 firefighters to knock down the stubborn blaze. Two bodies were discovered on the second floor by smoke-eaters; the other body was found on the top floor. 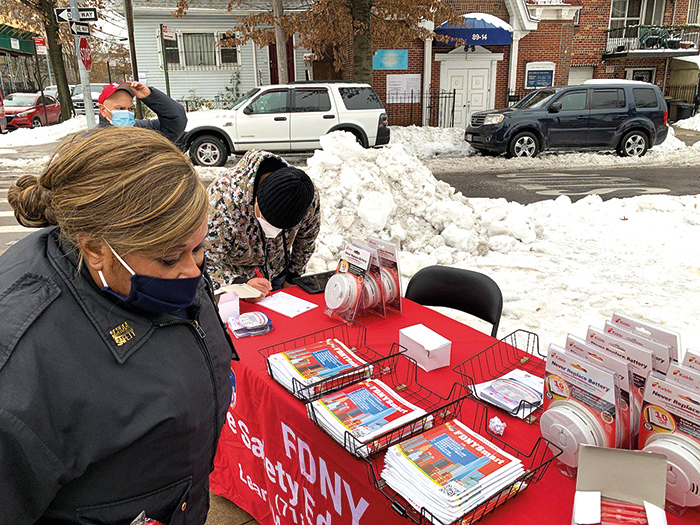 Photo Courtesy of FDNY
In response to the fatal fire, the FDNY Fire Safety Education Unit shared safety info on Sunday at the corner of 90th Street and 48th Avenue in Elmhurst.

“Our first arriving units were on scene in two minutes and were met with a large volume of fire on all three floors of the building. Following reports of eight residents who lived in the building, we had a Firefighter fall through the floor while attempting to gain access into the structure. That member was able to self-evacuate with minor injuries. In the process of our searches, we can confirm there are three civilian fatalities with two others unaccounted for. The fire is under control at this time and our members will continue to operate and search due to extensive damage and collapse of the roof onto the top floor and another part onto the second floor,” said FDNY Chief of Operations Thomas Richardson.

While the fire is still officially under investigation, sources told NBC 4 New York that fire marshals discovered an accelerant on the property and suspect that the blaze may have been set intentionally.