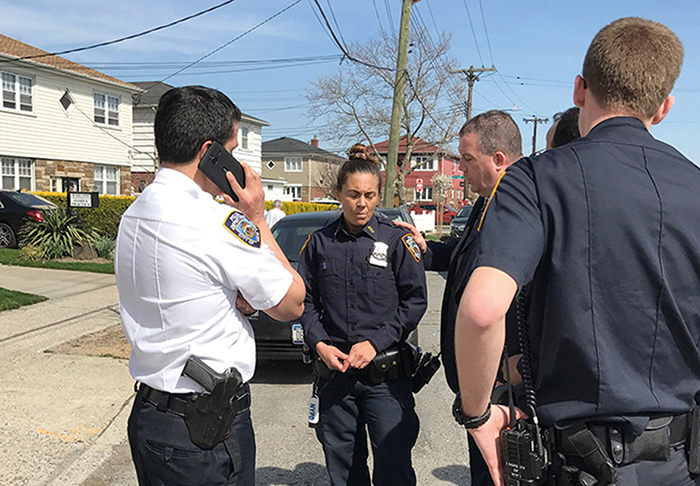 The lawyer for former City cop Valerie Cincinelli (c.), who has been charged with scheming to employ a hitman to murder her estranged husband and the minor daughter of her boyfriend, recently sent a letter to the presiding judge requesting an adjournment, effectively postponing what appears to be a hearing in which she’s set to enter a plea of guilty.

“I write to respectfully request that the change of plea hearing scheduled for March 5, 2021 be adjourned for 45-days. We are currently in the process of finalizing Ms. Cincinelli’s status with the New York Police Department which must be done prior to the entry of her plea,” attorney James Kousouros wrote to the Hon. Sandra Feuerstein. “I have consulted with the government concerning this request and the government has no objection.”

According to the indictment, an FBI investigation revealed that in 2019, Cincinelli, 37, a domestic violence officer assigned to the 106th Precinct, demanded that her boyfriend, Howard Beach resident John DiRubba, hire a hitman to murder Cincinelli’s estranged husband, Isaiah Carvalho, Jr., and DiRubba’s 14-year-old daughter, who resides in New Jersey.

As of Wednesday afternoon, Feuerstein had not issued an order with the new date.