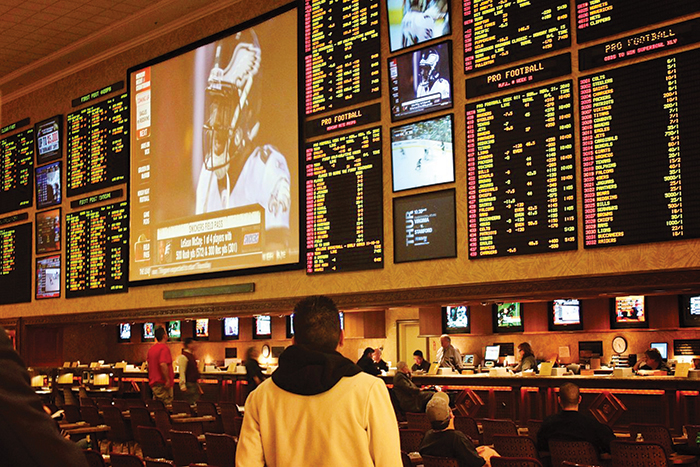 DraftKings was one of the licensed operators officially approved to take bets in NY Saturday.

And New Yorkers were ready to place their bets, because according to the Managing Director of Gaming at GeoComply, while official numbers are not yet available, GeoComply’s geolocation numbers show that there were 17.2 million geolocation transactions (bets, deposits and withdrawals) made in New York over the weekend. GeoComply is a company that provides location services to sportsbooks to ensure that a bettor is in a state where mobile betting is legal.

According to State Sen. Joe Addabbo, Jr. (D-Howard Beach), chairman of the Senate Committee on Racing, Gaming and Wagering, the five boroughs accounted for more than eight million of those transactions, eclipsing the totals of neighboring states like New Jersey and Pennsylvania. In a single day over its initial weekend, New York generated $3.7 million in tax revenue, which is more than it made in two years during its in-person sports betting business. This made New York the top state for mobile sports betting on the very first day of the program’s launch. As a matter of fact, New York witnessed more mobile wagers than any other market ever had on its first day.

For residents that are interested in betting on their sports, the rollout of mobile sports betting in the Empire State means that they can safely and securely bet on sporting contests from the comfort of their own homes and communities. Previously, these individuals either had travel to neighboring states that allowed mobile sports betting or head to the illegal market.

“Studies have shown that nearly 25 percent of New Jersey’s mobile sports betting revenue in previous years came from New Yorkers crossing the border into Jersey to place their wagers,” Addabbo explained. “We hope that with mobile sports betting now legal in New York that those bettors will remain here safely and bet in their own state. Additionally, we can now help them if they have an addiction, because we can regulate and monitor their accounts.”

Addabbo noted how this new form of entertainment could benefit New Yorkers, even if they never place a bet. By legalizing mobile sports betting, New York State is expected to bring in hundreds of millions of dollars annually in new tax revenue. Most of that money is earmarked for educational funds, meaning millions will be going to benefit New York’s school children. On the average, the gaming industry in New York is responsible for approximately $3 billion for education each year, in addition to thousands of credible jobs. Additional tax revenues means that the state will be significantly aided financially during these times of economic distress caused by the COVID pandemic. Money has also been set aside to further fund important gaming addiction programs as well as youth sports programs — $6 million and $5 million each year, respectively. Addabbo emphasized that in the state’s mobile sports betting, there are roughly a dozen safeguards and measures, including caps on an individual’s account, to protect against problem gaming.