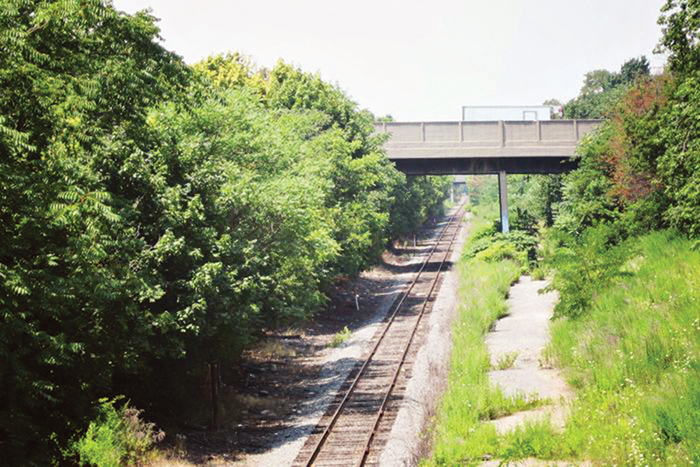 According to Hochul, if adopted, the new service would improve transit and job access to underserved communities along its corridor.

As part of her first State of the State address, Gov. Kathy Hochul recently announced plans to move forward with the Interborough Express, an historic project that would use the existing right of way of the Long Island Rail Road owned Bay Ridge Bridge to connect transit deserts in Queens and Brooklyn.

Hochul is directing the Metropolitan Transportation Authority to immediately begin the environmental review process for the project, the first step in building this major infrastructure investment that would connect communities in Queens and Brooklyn to as many as 17 subway lines and the LIRR.

The plan would use the existing right of way of the Bay Ridge Branch, which is a freight rail line that runs through Brooklyn and Queens, connecting the ethnically and economically diverse neighborhoods of: Ridgewood, Middle Village, Maspeth, Elmhurst, Jackson Heights, Sunset Park, Borough Park, Kensington, Midwood, Flatbush, Flatlands, New Lots, Brownsville, East New York, and Bushwick, with several new stations in communities not currently served by rail transit.

According to Hochul, if adopted, the new service would improve transit and job access to underserved communities along its corridor that is currently home to about 900,000 residents and 260,000 jobs, and with growth expected by at least 41,000 people and 15,000 jobs in the next 25 years. For many residents along this corridor, crossing from neighborhood to neighborhood is slow and tedious because existing subway lines are oriented towards Manhattan, even as many new work opportunities, schools, and services are located in the outer boroughs. The project would provide critical mobility, creating better links for travel to and from Manhattan as well as key connections among neighborhoods, across boroughs, and opening up new opportunities for reverse commuting into Nassau and Suffolk Counties.

Each day, more than 100,000 commuters make daily trips within or across Brooklyn and Queens, often relying on buses that get caught in traffic along a tangled and crowded street network. Results from this historic and necessary step could lead to a new service that would provide end-to-end travel time of less than 40 minutes, although most trips would be along shorter segments of the line. This would provide significant time savings for interborough Brooklyn and Queens trips compared with existing transit options.

In addition to transit service, the existing Bay Ridge Branch corridor can service cross harbor rail freight and would dramatically reduce truck congestion regionally and expand goods movement facilities, thereby fortifying supply chains still struggling to recover from the pandemic. Transportation planners believe that cross harbor rail freight and passenger service on the Interborough Express can work together in concert, which could be a game-changer for the region. To that end Governor Hochul is also directing the Port Authority to complete environmental review for the Cross Harbor Rail Freight Tunnel.

“While details are still forthcoming, I commend Gov. Hochul for making improved outerborough connectivity a central theme of her State of the State address,” Queens Borough President Donovan Richards, Jr. said. “By transforming the existing freight line running between Bay Ridge and Jackson Heights into a public transit option, we can connect thousands of Queens and Brooklyn families to new employment opportunities in each borough, while dramatically cutting commute times in the process. I look forward to working with Governor Hochul to make this plan a reality in the coming years.”