“This outburst of violence has devastated the victim’s family, which includes her other six children,” DA Katz added.

A Queens Village man has been indicted for allegedly stabbing and slashing his mother to death with a machete last February, Queens District Attorney Melinda Katz announced Thursday.

Osvaldo Diaz, 46, was arraigned last week on a three-count indictment charging him with murder in the second degree and two counts of criminal possession of a weapon in the fourth degree. Diaz was ordered to return to court on Feb. 17.

Katz said that Osvaldo Diaz and his mother, Maria Diaz, lived together in an apartment above a beauty salon. On Feb. 24, 2021, Osvaldo’s sister visited their home. The two women had previously planned to run some errands and take a walk. But when the sister of the defendant arrived and called her mother on her cell phone the 78-year-old woman never answered despite numerous calls. Eventually, the defendant picked up and allegedly told his sister to go to the store. 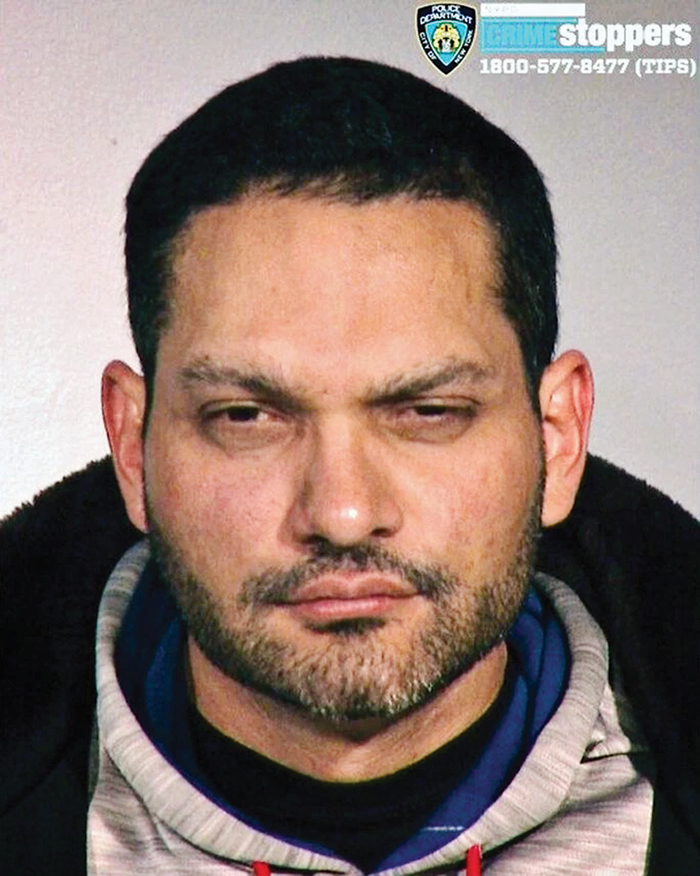 According to the charges, when his sister left the building, Osvaldo Diaz, a former City cop, was observed on video surveillance leaving the apartment. When the woman returned, no one responded to her calls. That’s when she summoned the property owner who permitted her into the apartment, where she discovered her mother’s body bleeding and wrapped in bedding. Maria Diaz was pronounced deceased at the scene.

The DA said the defendant was on the run for just over a week when he was apprehended in New Jersey. Diaz was returned to Queens last Wednesday to face charges.

“The defendant allegedly attacked his mother with a machete—to the point of near-decapitation. This outburst of violence has devastated the victim’s family, which includes her other six children. The defendant fled the state but was apprehended and extradited to Queens,” Katz said.

If convicted, Diaz faces up to 25 years to life in prison.