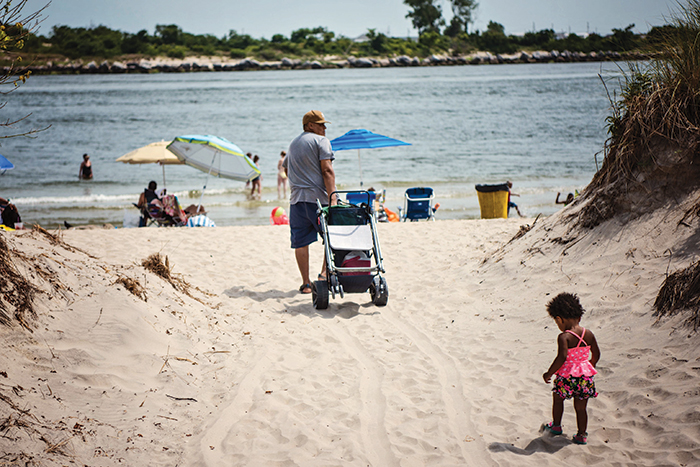 Three area pols have reached out to federal elected officials and the City Parks commissioner urging them to postpone beach construction until after the summer, to allow small businesses to get the seasonal commerce they rely on every year.

“Our offices have recently learned of the planned closures of several beaches on the Rockaway peninsula, from Beach 92nd Street to Beach 116th Street, from Memorial Day weekend to the end of July,” City Councilwoman Joann Ariola (R-Ozone Park), State Sen. Joe Addabbo, Jr. (D-Howard Beach), and Assemblywoman Stacey Pheffer Amato (D-Howard Beach) wrote in their May 10 missive to Senate Majority Leader Chuck Schumer, Rep. Greg Meeks (D-Rockaway), and Parks Commissioner Sue Donoghue. “This area is the commercial and economic engine of the neighborhood during the summertime, and attracts millions of visitors from across the five boroughs and beyond.”

Ariola, Addabbo, and Pheffer Amato went on to say that “closing the beaches during the week will be a major financial burden for many of our constituents—not only the ones directly operating along the boardwalk, but others in the neighborhood who depend upon the increased pedestrian traffic of the summertime as well…while we understand that sometimes there are setbacks when it comes to any construction project, in no way should the Rockaway community and its businesses suffer by the closing of such a large stretch of beach throughout the entire summer.”