Torres was shot and killed as she stood in the doorway of her Ozone Park home.

A Howard Beach man has been charged in the shooting death of a woman who was standing in the doorway of her Ozone Park home when she was gunned down Thursday afternoon, Queens District Attorney Melinda Katz announced Friday.

According to the charges, at approximately 2:26 p.m. on May 4, 2022, emergency medical technicians responded to 94-59 109th Ave. in Ozone Park, Queens, and observed the victim, Anna Torres, 51, lying face up in a pool of blood just beyond the entrance to her home. Torres was shot in the neck and succumbed to the injury. 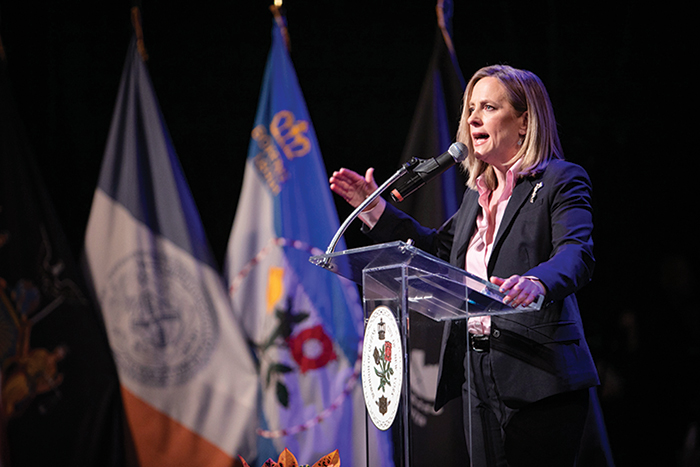 File Photo
“This is yet another reminder how senseless gun violence is causing heart-wrenching loss in our communities,” DA Katz said.

Furthermore, DA Katz said, recovered video surveillance allegedly shows the defendant wearing a blue sweatshirt, dark sweatpants with red stripes down the side and black and white New Balance sneakers walking away from the location and enter a black Chevrolet Traverse. The vehicle was parked approximately two houses away from the scene. Canzani then allegedly drove to the 106th Precinct, exited the Chevy with a silver .45mm handgun and turned himself in to police.

“As alleged, this defendant clearly has no regard of human life and in broad daylight shot the victim as she stood in the entrance to her home,” Katz said. “This is yet another reminder how senseless gun violence is causing heart-wrenching loss in our communities. The defendant is now facing very serious charges.”

If convicted, Canzani faces up to 25 years-to-life in prison.