City Councilwoman Joann Ariola (R-Ozone Park) has secured millions of dollars in funding for District 32 projects, helping the GOP wing of the council outscore its Progressive colleagues in discretionary capital.

Ariola is one of five council Republicans who will get a piece of more than $40 million in discretionary funding. A large crew of Progressive council members will be left off Speaker Adrienne Adams “pet project list — a punishment that will be felt by the folks who voted them in — for their ‘no’ vote Monday night that they broadcast ahead of time,” sources told the New York Post on Tuesday. 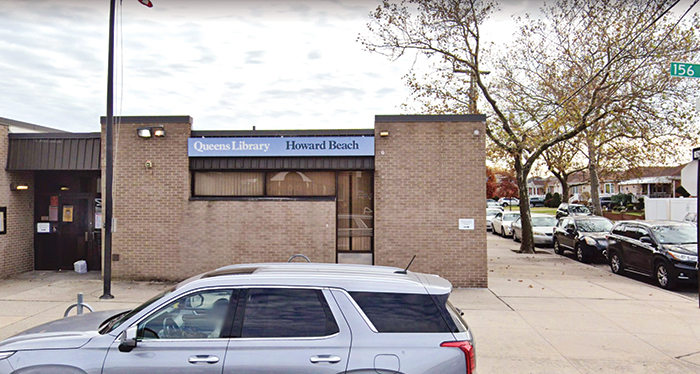 Photo Courtesy of Google
Part of the funds earmarked for District 32 will go toward improvements and upgrades to area libraries, schools, and parks.

“NYC Republicans in the City Council scored more funds than the radical left. Common sense prevailed and we were able to secure the most funding in decades for our constituents, including a tax rebate and restoring funding for the NYPD budget to bring it back to pre- ‘defund the police’ campaign levels,” Ariola said.
Ariola noted that that the funding she has earned for Council District 32 will be put toward several groups and projects, including: upgrades to local parks, schools, and libraries, local infrastructure projects, cultural institutions, veteran’s groups, and senior services. The new budget will also provide the first homeowner property tax rebate check in more than a decade, and Ariola sponsored a brand-new driving simulator for the FDNY to help them to train chauffeurs on Randall’s Island.
Most importantly, the new budget was able to restore the NYPD’s budget to pre-Defund The Police campaign levels, providing the police department with much needed funding to help keep the people of the five boroughs safe.

“We’ve done this all while still adding $750 million to the City’s reserves, and $1.6 billion to our labor reserves,” Ariola added. “With that, we can be better prepared for any tough times that may come our way in the future.”