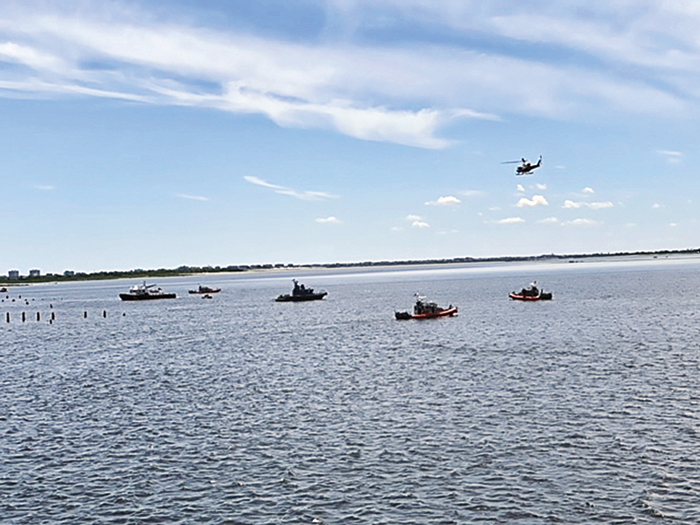 A pair of 13-year-old boys drown on Friday when the sandbar they were on collapsed, thrusting them into the waters of Jamaica Bay off Howard Beach.

According to officials, Daniel Persaud, 13, and Ryan Wong, 13, both of Richmond Hill, were with a group of friends that decided to skip school at MS 137 in Ozone Park around 11:45 a.m. to go swimming. 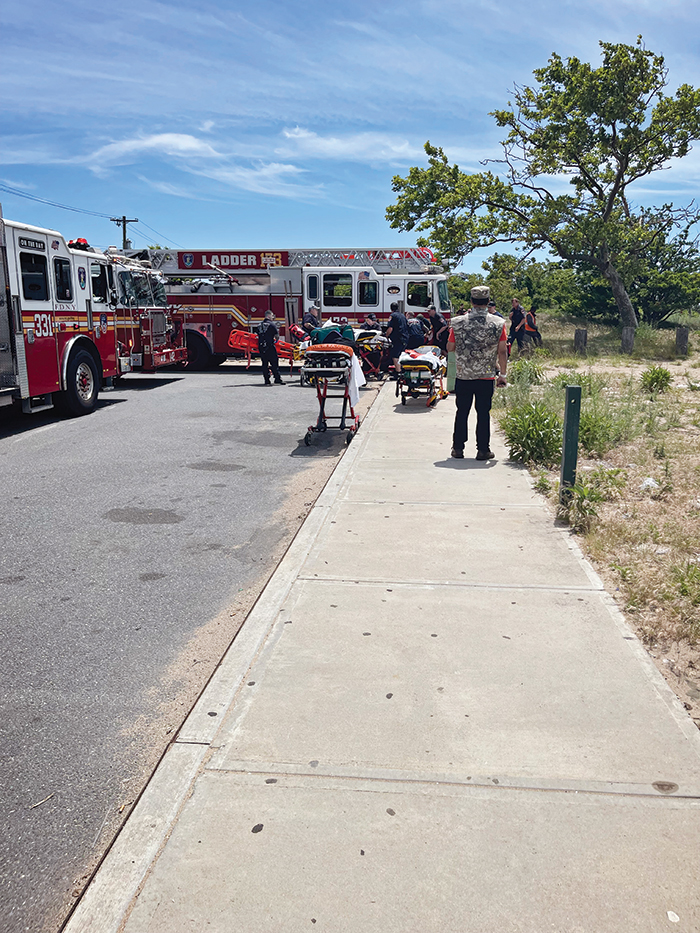 Forum Photo by Patricia Adams
Firefighters and EMS personnel prepare to rush the boys to the hospital.

Frantic calls to 911 Friday afternoon brought a phalanx of first responders screaming down Cross Bay Boulevard. Photographs and videos captured by witnesses show firefighters and EMS personnel performing CPR on the boys after they were pulled from the tempestuous waters of the bay. They were rushed to Jamaica Hospital Medical Center where they were pronounced dead.

On Saturday, Gloria Wong, Ryan’s mother, posted several photos in a tribute to her son.

Forum Photo by Patricia Adams
Witnesses and first responders on the beach at Jamaica Bay.

“Rest in Peace little Ryan. I love you. You will forever live in our hearts,” the grieving mom wrote.
Samantha Singh, Daniel’s mother, told the New York Post he was “always helpful and happy.”