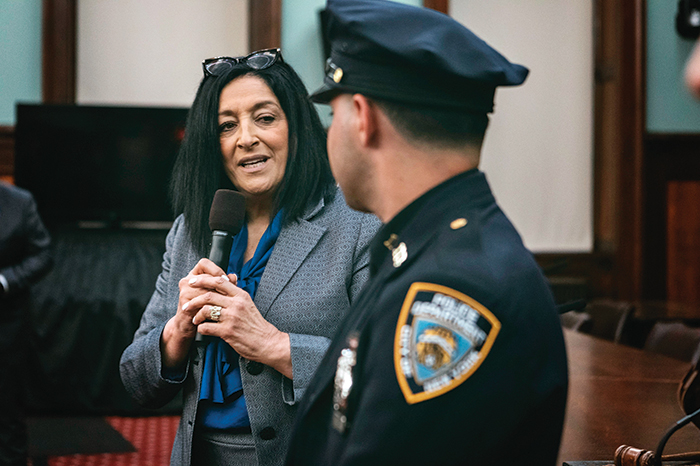 “I am deeply disappointed in your decision to paint the neighborhood of Howard Beach in such a negative light during an episode of ‘Law & Order: SVU’ titled ‘A Better Person’ (Season 24; Episode 8),” Ariola fumed to NBC. “Your writers opting to label the 26,000+ residents of this diverse neighborhood as ‘racist, sexist, and phobic about just about everything’ is highly offensive, and reflects a lack of forethought and compassion for the people who live here.

“It has been decades since the specter of hatred unfairly labeled our community—hatred for which the individual perpetrators have been punished—and yet people such as yourselves continue to pass judgment on a community at large because of past incidents. We as a community are by no means anything like the words spoken, and to continue to label us as such is unfair and, in fact, defamatory.

“The people of Howard Beach are a resilient, hardworking, industrious group of individuals who deserve better from NBC and from the ‘Law & Order’ franchise,” Ariola concluded her letter to the network. “This community deserves an apology, and we eagerly await your response.”