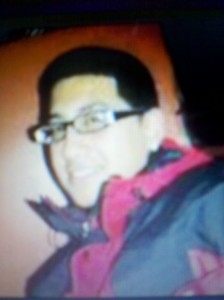 Another abandoned home is at the center of tragedy in Woodhaven. On Saturday night, during a party at an empty house on 90th Street, Anthony Collao, 18, was beaten to death. While Collao’s death is being investigated as a hate crime, neighbors are calling for more attention to the dangers of letting homes remain boarded and unused.

The problem began when a group of teens crashed the party at 87-19 90th Street on Saturday night, refusing to pay a $7 cover charge, breaking windows and spouting hateful, homophobic rants at the nearly 40 partygoers. When Collao, who lived in nearby Richmond Hill, left the party sometime before 1 a.m., he was chased and beaten by the crashers, including one with a metal pipe.

Investigators with expertise in hate crimes are also looking into the assault. While Collao was reportedly at the party with his girlfriend, the Daily News reported that two of the party’s organizers were openly gay.

The assault has drawn scorn as the latest in a disturbing series of homophobic attacks over the last few years. Assemblyman Mike Miller (D-Woodhaven), whose office is less than a mile from the scene of the assault, said it is time to “stand up against hate.”

“Though the victim was not a member of the LGBT community, several members of the party were, and they were targeted solely for that reason,” Miller said. “Over the past several years in Queens, we have seen senseless attacks on the LGBT community from Jackson Heights to Woodhaven. It is a shame, it is unacceptable, and it needs to end now.”

City Council Speaker Christine Quinn said that the Council has been in communication with the NYPD Hate Crimes Unit and thanked the NYPD for the swift arrests. “I am confident that law enforcement officials will aggressively prosecute those responsible for this hateful act,” she said.

Council Member Erich Ulrich (R-Ozone Park) said that his thoughts were with the family. “I was truly saddened to hear about the fatal attack in my district over the weekend. My prayers go out to the young victim’s family and friends,” he said.

Alex Velez, 16, of the Bronx, and Nolis Ogando, Christopher Lozada and Luis Tabales, all 17-years-olds from Queens, were arrested shortly after the assault. Lozada was wearing Collao’s Atlanta Braves hat and the others had blood on their clothes, reported the Daily News. A fifth suspect, Calvin Pietri, 17, of Woodhaven, was arrested Wednesday after bragging about the assault on Facebook.

Some members of the community have pointed to a larger issue that allowed the party to occur in the first place. For the past few weeks, the Woodhaven Resident’s Block Association has been trying to draw attention to abandoned houses in the neighborhood.

One house that has drawn particular focus—and has 11 complaints filed with the Department of Buildings—is a boarded and graffiti covered house at 88-32 80th Street, just six blocks from the scene of the assault. According to complaint records, vagrants and teens using drugs have been seen entering the house.

At this month’s Community Board 9 meeting on March 8, NYPD Officer John McCoy from the 102nd Precinct said that the NYPD is patrolling the neighborhood and working to get the DOB to secure the property.

In response to Saturday’s hate crime, the WRBA posted an article about the assault on Facebook. A comment on that post from the WRBA read: “We received a little grief for the noise we made about the abandoned house on 80th Street—we suspect those voices will keep their traps shut now that the danger that these homes present is very clear. One house burned to the ground and one teen beaten to death—horrible.”

State Senator Joseph Addabbo (D-Howard Beach) said his office plans to work with the NYPD as well as the DOB to address the rise of illegal activity taking place in abandoned homes. “This kind of activity should not be able to occur in the good community of Woodhaven or anywhere,” he said.

After the fire on 98th Street in February, Ed Wendell of the WRBA told the Forum that abandoned houses posed a danger to the community. “Once you have a situation where people are hanging out and doing whatever there, then it is not safe,” he said. “That’s when the community has to come in and do something.”

He added that although it was lucky—and he was thankful no one died in the fire—because no one was killed the issue would probably be brushed under the rug.

Tragically, Woodhaven and Anthony Collao were not so lucky on Saturday.

*A previous version of this article listed the site of the party as 88-23 90th Street—the location the police were called after the assault, one block from the party.