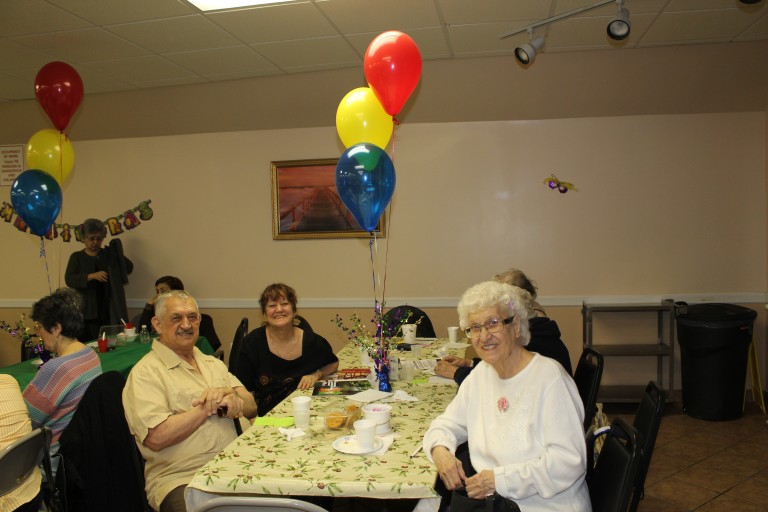 “I didn’t go to Richmond Hill,” senior JoAnn Bartos said. The travel, especially in inclement weather, was too much for her.

Fortunately for Bartos, there is once again a senior center in Woodhaven.

Catholic Charities teamed up with Borough President Helen Marshall and the area’s elected officials and devised a plan to house the seniors at the Woodhaven-Richmond Hill Ambulance Corps headquarters at 78-15 Jamaica Avenue.

The ambulance corps received vital renovations to its building and a steady source of income, and the seniors have space in a central location in Woodhaven.

“The center helps seniors live healthy, productive lives in the community,” said Judy Kleve, Vice President of Older Adult Services for Catholic Charities. It took 18 months of hard work to open the center, and Kleve was pleased they could officially open the center at last Friday’s ribbon cutting ceremony.

Robert Siebel, CEO of Catholic Charities, thanked the politicians and seniors who helped make the move possible. “Everyone has been waiting a long time for this, especially our seniors. And they deserve to join us in celebrating this new location,” he said.

But the ceremony was bittersweet. An ongoing budget battle between Albany and the city has senior centers caught in the middle. Governor Andrew Cuomo has proposed diverting Title XX—discretionary funds the city generally used for senior centers—to other essential spending. However, Mayor Michael Bloomberg has said without funding from Title XX he would have to close 105 centers citywide. And on Bloomberg’s list for proposed closures is the newly opened center in Woodhaven.

Locally, the Howard Beach Senior Center, the Forest Hills Community House Center, Maspeth Self Help Center and the Young Israel Forest Hills Senior League are slated for closure. However, after weeks of rallies and protests, state legislators have restored Title XX, but it is unclear if Cuomo would accept the changes during budget negotiation. [See page 5.]

With the threat of the Woodhaven Senior Center and others throughout the city closing, the politicians who gathered for the ribbon cutting vowed to fight against cuts.

“Every year our seniors are used as pawns,” said Assemblyman Mike Miller (D-Woodhaven). Miller organized a petition drive so that he could show the Governor and other legislators that real people are affected by the cuts, he said.

State Senator Joe Addabbo (D-Howard Beach) said it was important for seniors to make their voices heard. “Seniors should never be used as tools for budget negotiations. This center does not have to close unless the Mayor wants it to close,” he said.

Marshall had similar ideas and announced she would hold a rally on the steps of Borough Hall on Friday, March 18. Marshall said it was important to show politicians they would mobilize and fight the plan; “Seniors vote,” Marshall reminded the crowd.

“We’re all committed to do the right thing. Closing senior centers is simply unacceptable,” Ulrich said.

Kathryn Mooney, who represented Crowley at the ceremony, said the Council Member has “rolled up her sleeves and fought” since she heard about the proposed cuts and will continue to do so.

For the seniors at the center, the thought of closing their new lifeline was devastating.

“What would you do? Stay in bed all day,” said an emotional Eleanor Erante, president and long time member of the center.

Bartos currently goes to the center on Mondays for yoga, Tuesdays for t’ai chi, and volunteers on Fridays for meal service.

“I look forward to those days. It would take all that purpose away from me,” Bartos said.

It’s that sense of purpose and emotional involvement that has people fighting to keep the center open.

“A vibrant community has to have services for all segments of society,” said Maria Thomson, executive director of the Woodhaven Business Improvement District and the Greater Woodhaven Development Corporation. “It helps make a community.”