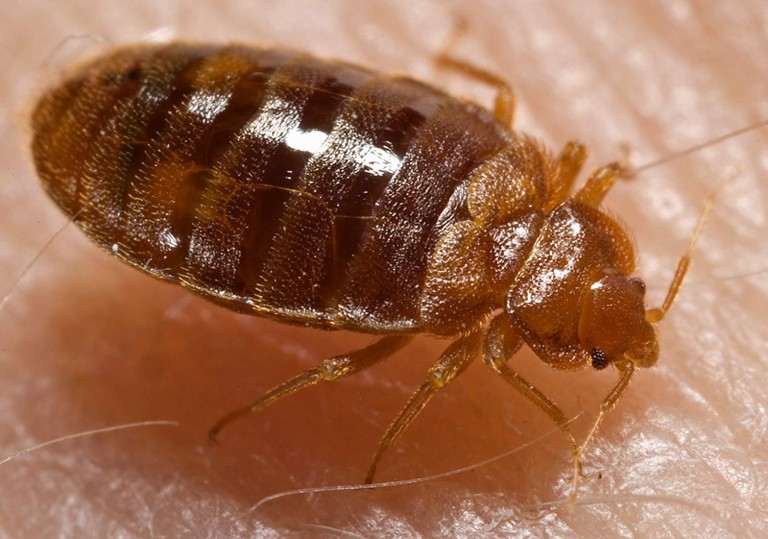 When it comes to bed bugs, New York City officials are biting back.

A new section on the city’s website launched publicly on March 29—nyc.gov/bedbugs—is designed as a one stop information hub where anyone can get information on bed bugs through interactive games (like myth or fact trivia), colorful illustrations and narrated presentations.

Clicking on one of six panels on the site’s homepage opens a quick display on how to identify bed bugs (flat, apple seed-sized bugs) or what to do if you find them in your home (“don’t panic”). The site, full of information for the public, landlords, building managers and anyone with an interest or an infestation, also contains links to trained exterminators.

“New York City is taking another swat at bed bugs today,” said City Council Speaker Christine C. Quinn in a press release. “One of the biggest problems in bed bug eradication is actually having the correct information. That’s why it’s vital to have a site from the city like this available for not only residents, but landlords and businesses as well so that everyone knows their rights and can get rid of those pesky little pests properly.”

Another website, bedbugregistry.com, maps bed bug reports based on user submissions and shows that New York City is the single most infested metro area in the nation. The site, not affiliated with the city, has received more than 4,000 bed bug reports from New York, compared to just over 400 each in San Francisco and Los Angeles.

Additionally, the HPD and the Department of Health and Mental Hygiene (DHMH) have created new procedures for responding to bed bug complaints in residential properties. Owners and managers of properties that have an infestation are now required to inspect and treat adjacent units, as well as use licensed exterminators and a variety of treatments, not only chemical pesticides.

“Whether it’s correctly identifying an infestation, controlling its spread, or choosing the right options for treatment—bedbugs pose a challenge every step of the way,” said HPD Deputy Commissioner Vito Mustaciuolo. “Arming yourself with the information necessary to make a well informed decision is critical in ensuring that the problem is dealt with quickly and efficiently by both a tenant and landlord.”

As an additional measure to keep landlords on the front lines of the battle against bed bugs, housing and health codes now require pest control professionals to submit an Affidavit of Correction of Pest Infestation. If the paperwork is not filed, building owners could face fines and, in the case of non-payment, a lien on their property.