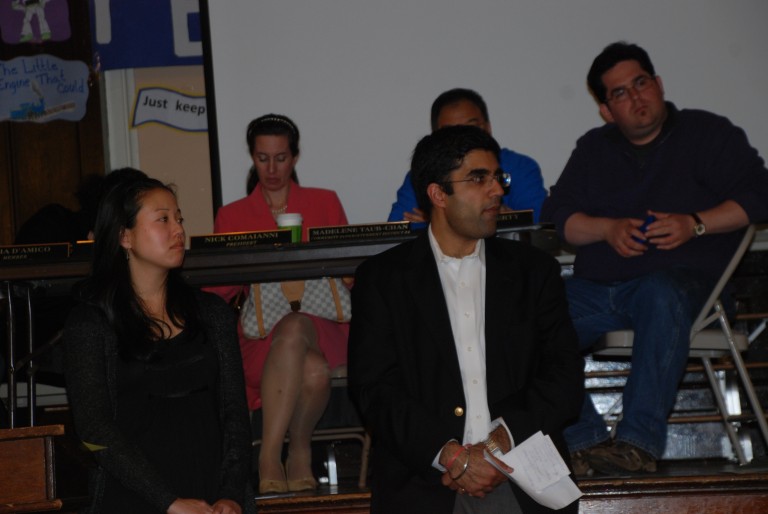 Public School District 24, long considered the most over-crowded district in the city, may soon have its first charter school.

The Central Queens Academy charter school would be a middle school focused on immigrant students speaking English as a second language. The school’s board aims to admit 100 students from the district in its first year, and will have open admissions decided by a lottery.

According to Udai Tambar, one of the charter’s applicants, many students in central Queens fit their demographic. The school’s applicants argued the new facility could help ease overcrowding.

“We see ourselves adding capacity where it’s needed most,” Tambar said. “We know the quality of education in District 24, and we want to add to that.

Nick Comaianni, chair of CEC 24, said he is worried about oversight—the CEC has no authority over charter schools.

“What happens in four years, when the school fails and we get 400 to 500 students coming back into our system,” he said to Tambar. “You should consider going to another district, because you may be trying to help, but when you shut down, you’re hanging these kids out to dry.”

According to the presentation, charter schools receive $13,500 per student. A study released earlier this year by the Independent Budget Office found that public schools received $600 less per student on average. Comaianni said the gap between public and charter funding could actually be much wider because public school spending analysis often includes central services like busing and lunches—services the charter schools often receive as well, but aren’t accounted.

The budget issue is especially pressing, he added, as the mayor’s budget proposes firing more than 4,000 teachers and losing 1,000 more through attrition.

Karen, a second grade public school teacher, said public schools suffer because funding goes to charters. “I just wish the funding for a public school would be the same as at a charter school,” she said. “We have to buy our own [supplies] and we used to have music and arts programs, now we can’t afford them.”

“If there is any space in the district, give it to me. I want it,” Comaianni said. “If [Central Queens Academy] finds any space, I’m going to come in, I’m going to make sure the School Construction Authority comes in and takes it, because I need it.”

Suyin So, the charter’s lead applicant, said they have been looking for churches or private schools that would have room for the academy to share facilities, rather than sharing space with a public school. She added that the School Construction Authority (SCA) doesn’t regulate charter schools.

“Charter schools don’t have to follow the same regulations that the SCA imposes,” So said. “I’m not entirely sure we’re looking at the same facilities.”

Brian Rafferty, a CEC 24 board member, said he thought the school could help alleviate some of the districts overcrowding.

“I think having a school in this area that is going to give students opportunities they otherwise wouldn’t have is good for the area,” Rafferty said. “I’m looking at this as an opportunity to help ease overcrowding in our district. If you find a space … and it fits your needs and not ours, it could be a great opportunity.”

The charter school has yet to find a location, but was invited to present any updates at the next CEC 24 meeting on May 24.

CEC 24 will vote whether to support the charter at an upcoming meeting, but it is only a part of the application process. The State University of New York has approval authority for all charters in the state and will make the final decision.

So said she is open to feedback and will stress transparency throughout the application process and after the school is open. “We’re trying to crawl before we walk,” she said.