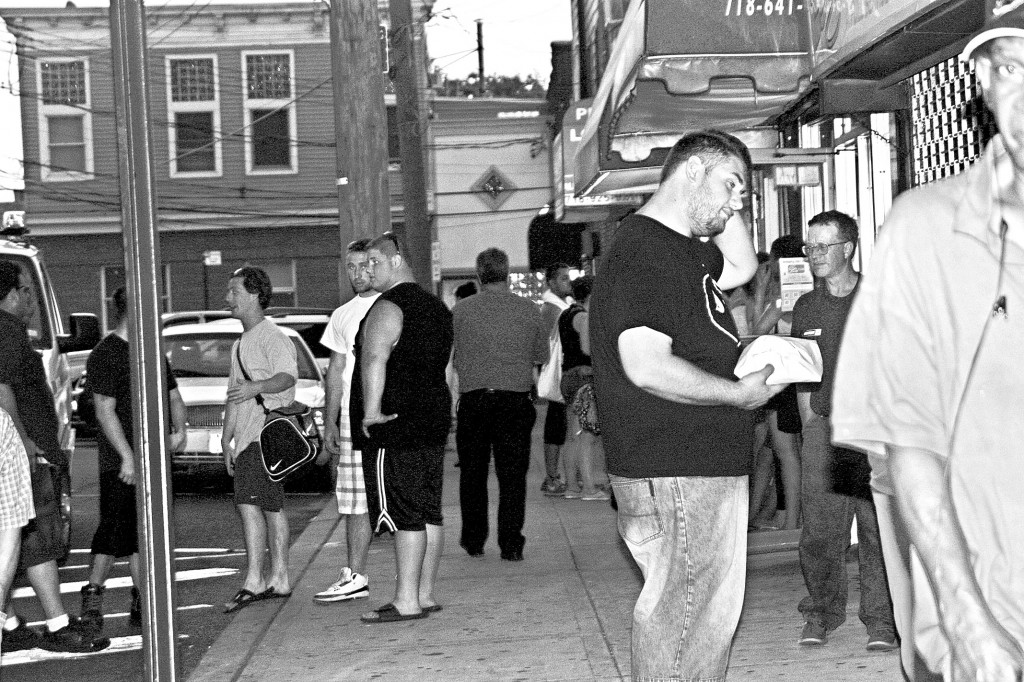 A chain of events beginning with a severe storm warning that shut area beaches down on Thursday afternoon ended with passengers fleeing a Manhattan bound A train and jumping onto the tracks at the Howard Beach station after someone allegedly opened fire.

Maria Alvarez, who had been at Rockaway Beach with relatives just in from Puerto Rico, said panic set in on the seriously overcrowded train when someone started screaming about a shooting. “It was really crazy. People were screaming that they heard shots. When the doors of the train opened people were pushing and shoving and just trying to run.”

According to police sources, an alleged dispute broke out while the train was between Broad Channel and Howard Beach, with witnesses reporting that shots had been fired. The cars of the train were packed well beyond capacity and panic stricken passengers scurried in every direction as the doors opened at the station around 5 pm.

Police personnel first on scene immediately shut down the power running through the electrified and third rail. Immediately after, a helicopter was dispatched to search  the tracks extending from Howard Beach station south toward the Rockaway Bridge for the alleged shooter(s).

Police back at the Coleman Square/Howard Beach station rounded up more than 50 people, taking them off the tracks and questioning them back at the platform about the alleged shooting.

One witness, who was standing on the platform when the train pulled in, said he saw individuals with guns, however police were unable to find the alleged gunmen in the crowd.  No weapons were recovered and no reports of either a shooting or stabbing came from any area hospitals.