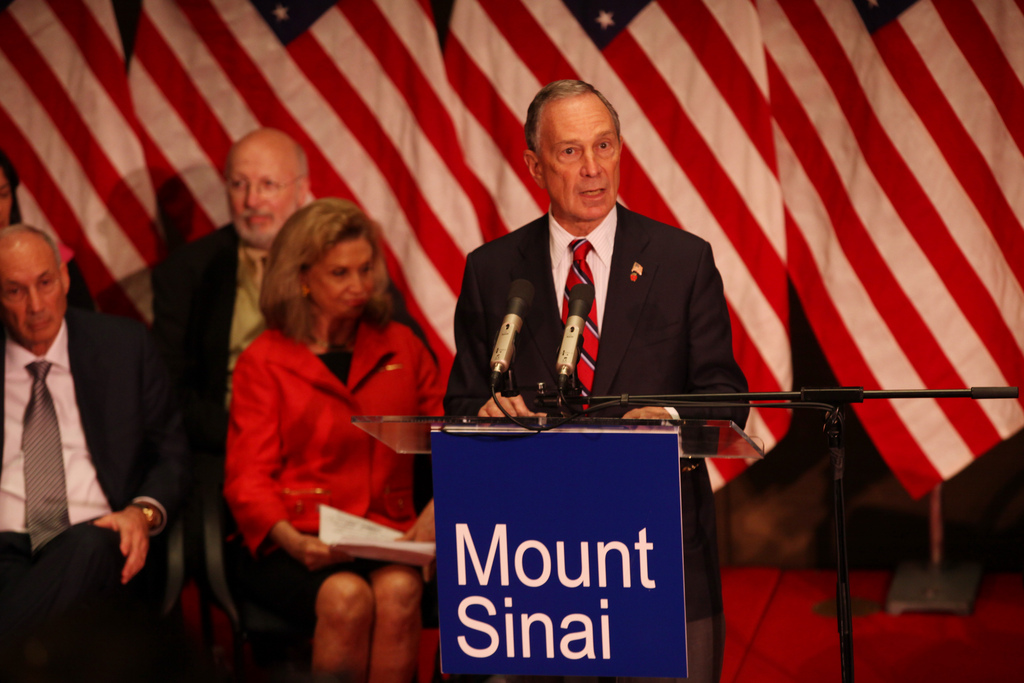 Mayor Michael Bloomberg and other city officials celebrated the passage and implementation of the James Zadroga 9/11 Health and Compensation Act on Friday with a ribbon-cutting ceremony at the Mount Sinai Medical Center.

The Zadroga Act, passed in December, provides increased funding for those still suffering health problems caused by the fallout of the terrorist attacks on the World Trade Center.

“Today marks a new milestone in the ongoing efforts to address the health impacts wrought by the September 11th terrorist attacks,” said Bloomberg.

Shortly after the attacks, first responders became sick due to the many toxic airborne particles that were released into the air. During the yearlong push to pass the bill, Patrick Lynch, president of the Patrolmen’s Benevolent Association said that more police officers had been killed by the “toxic exposure” than by the actual attacks.

The Zadroga Act increases the number of people the city can treat at its WTC Centers of Excellence. It also provides federal funds for further research on the long-term health risks of the towers’ collapse and reopens the September 11 Victim Compensation Act with $2.75 billion for eligible individuals.

“As we approach the 10th anniversary, we are reminded—almost on a daily basis—that many people continue to suffer the consequences of the work they performed in the days, weeks and months following the September 11, 2001 terrorist attacks,” said FDNY Commissioner Salvatore Cassano. “This funding allows us not only to continue providing critically needed medical monitoring and treatment, but sends a strong message to tens of thousands of dedicated emergency workers and volunteers that the nation has not forgotten your service.”

Passage of the Zadroga Act was a bumpy road. It failed in a House vote last summer, which prompted former Congressman Anthony Weiner’s famous rant on the House floor in which he lambasted Congressman Peter King and condemned Republicans for playing partisan politics. It was brought back for a vote in September and passed 268-160. However, many feared Senate Republicans would block the bill.

The bill was successfully filibustered by Republicans in the Senate, but after some furious negotiations, which included extending the Bush-era tax cuts and reducing the amount of money used for the Zadroga Act, the Senate passed the bill by a voice vote. The updated version was quickly reapproved by the House 206-60.

“As the James Zadroga 9/11 Health and Compensation Act goes into effect we are paying back part of a debt that can never be fully repaid and making sure that first responders and those who lived and worked near the disaster site get the care they need and deserve,” said Sebelius.

The bill’s namesake, James Zadroga, was an NYPD officer whose death was the first attributed to health complications after the terrorist attacks.

First responders can be treated at the WTC Centers of Excellence, which include the Environmental Health Centers at Bellevue and Elmhurst hospitals, the FDNY Medical Monitoring and Treatment Program and the Mount Sinai center. To learn more about their services, visit the Department of Health website at nyc.gov/doh.