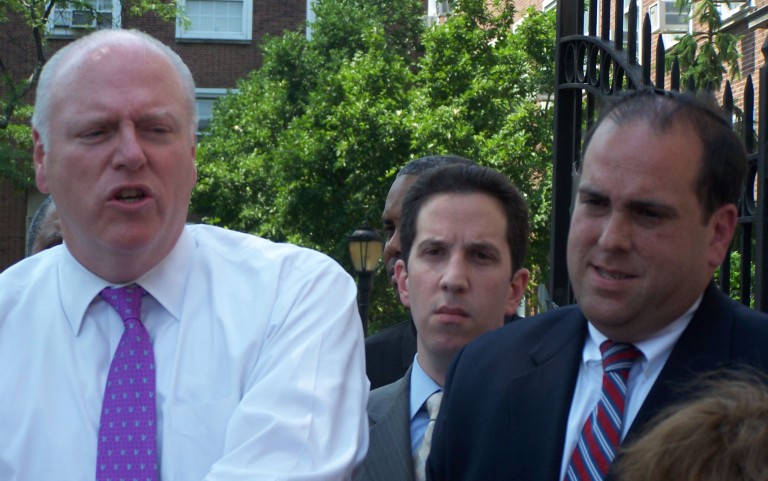 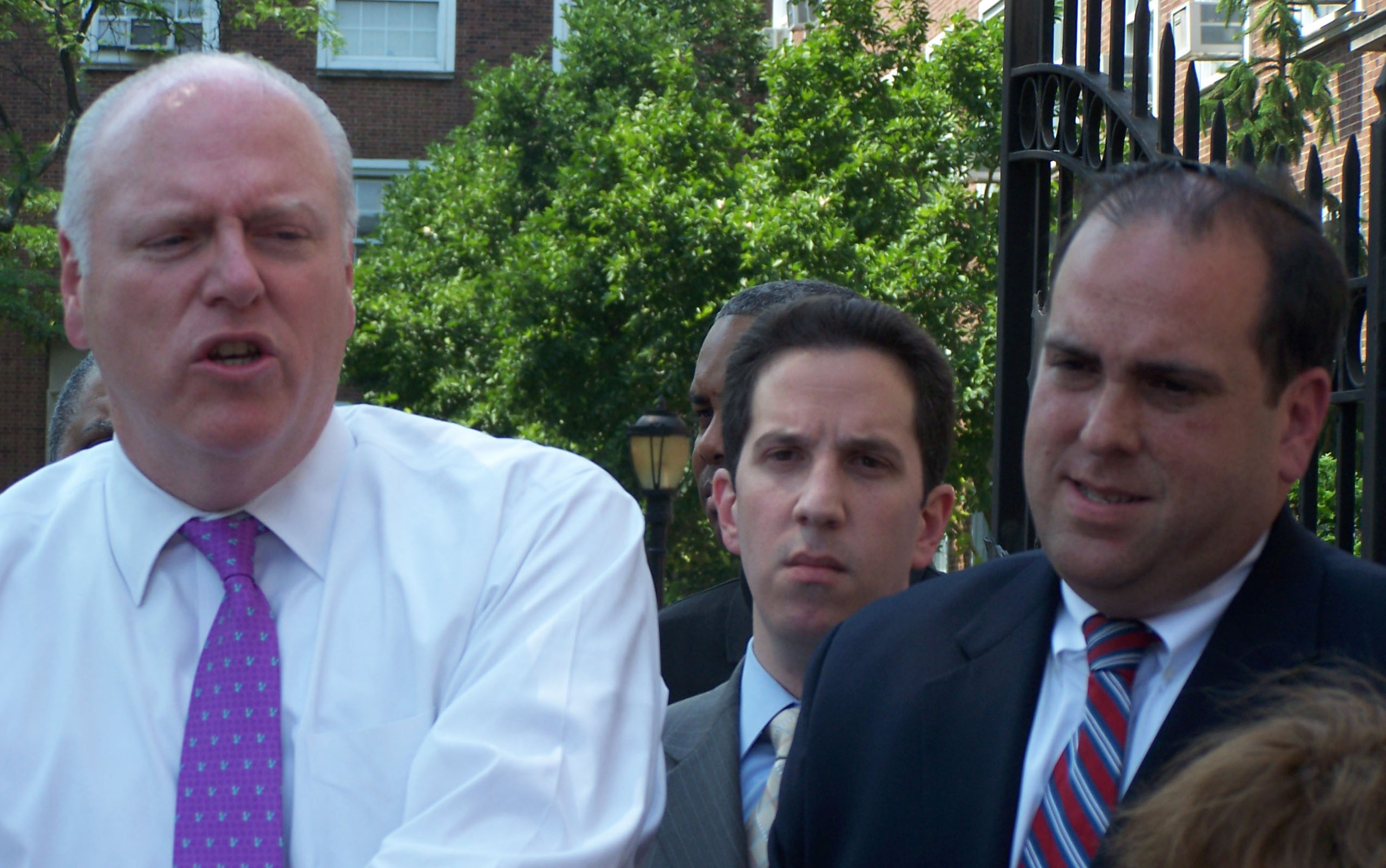 Goldfeder, a Far Rockaway native, is running for the 23rd District Assembly seat, which covers the Rockaways, Howard Beach, and parts of Ozone Park. “He can’t get the sand out of his shoes,” said Congressman and chairman of the Queens County Democratic Organization, Joseph Crowley, referring to Goldfeder’s return to Far Rockaway.

Audrey Pheffer, who held the position since 1987, resigned last month to become the Queens County Clerk. “There is a large void that needs to be filled,” said Crowley, referring to Pheffer. “Goldfeder has big shoes to fill.” Crowley praised Goldfeder’s experience, including serving as the director of intergovernmental affairs for Senator Chuck Schumer.

Quoting Isaac Newton, Goldfeder said, “If I have seen further it is only by standing on the shoulders of giants.” He said that in his career, giants like Crowley and Schumer have given him the guidance necessary to serve the Queens community. “Our platform is very simple: strong qualification, an unparalleled record of community service and genuine accomplishment.” Prior to his work with Schumer, Goldfeder was an aide to Mayor Bloomberg, worked on Councilman Simcha Felder’s primary campaign for comptroller in 2008 and Democratic District Leader Frank Gulluscio’s failed campaigns for Council.

Goldfeder will be opposed by Republican District Leader Jane Deacy.

Michael Simanowitz is running for the 27th District Assembly seat, which covers Flushing, Kew Gardens and the northern edge of Richmond Hills. Nettie Mayersohn retired in April from the Assembly after holding the position for 28 years. Simanowitz worked as her chief of staff for 15 of those years. “I am running to replace a legendary woman,” said Simanowitz.

“Through my experience working in many positions, I have learned that issues are universal,” said Simanowitz. “We need to give children tools to succeed in the 21st century.”

Referring to both races, Crowley said that he is taking nothing for granted even though both are solid Democratic districts. The special elections “are no more or no less important than the other elections,” said Crowley. “Both men are suited to represent these communities. When voters get to know them, they will have the support of the constituents.”

The special election to fill the vacant Assembly seats, as well as the 9th Congressional District seat, will take place on September 13th – the same day as New York’s primary.