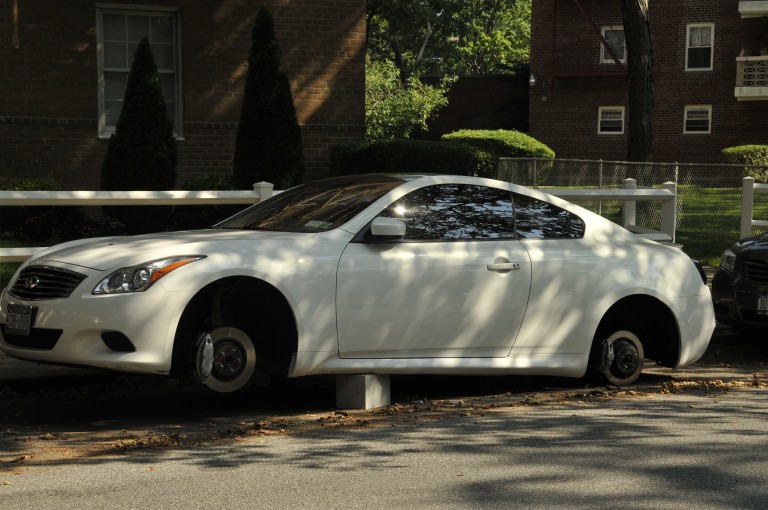 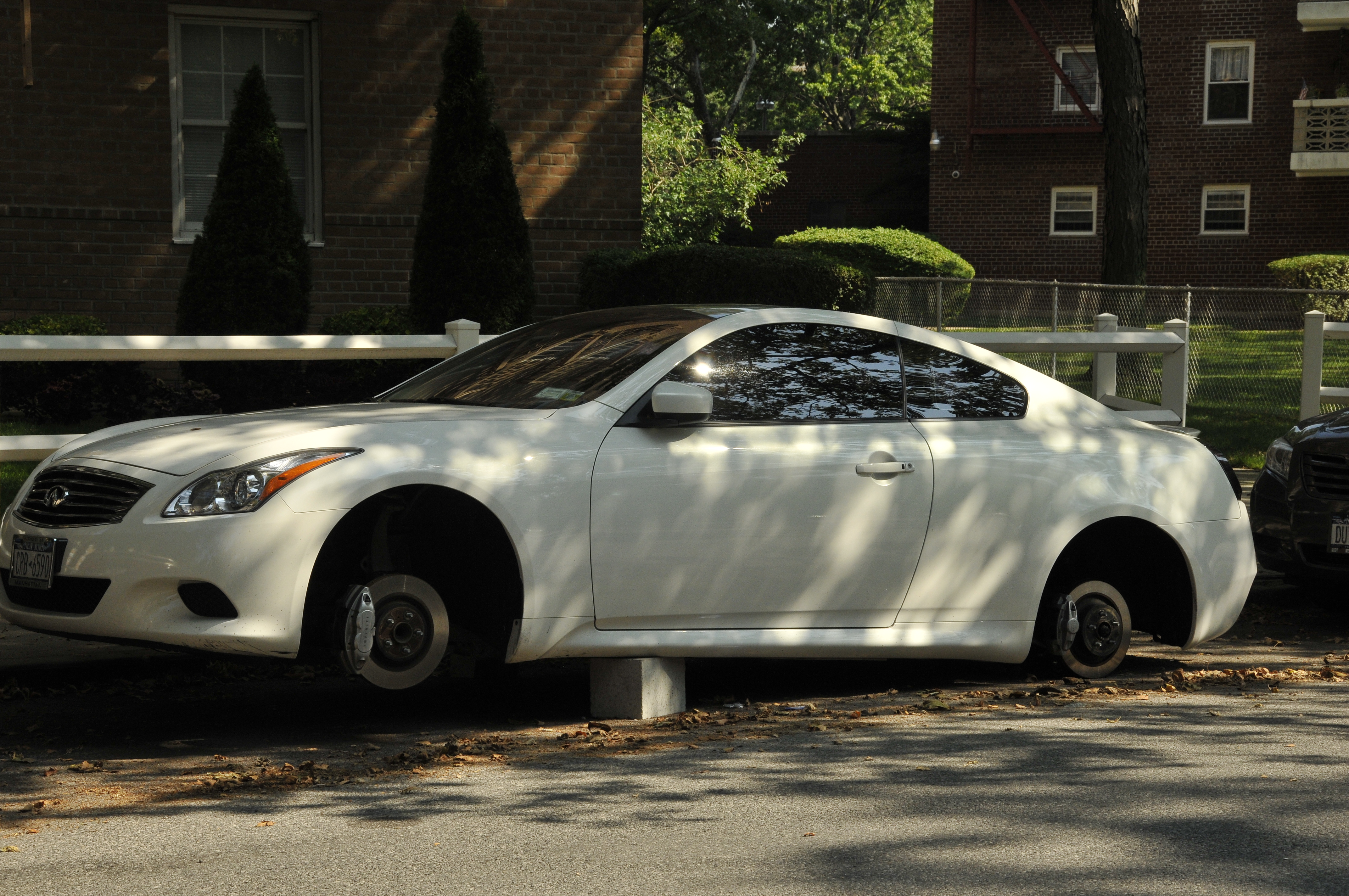 The latest in a string of auto vandalism crimes concerning Lindenwood residents over the last several months took place in two separate incidents this week between Monday evening and Tuesday afternoon.  Police have been called to more than a dozen instances where late model vehicles have been stripped of their tires and rims while parked.

Sometime before Tuesday morning, vandals targeted a late model Infiniti parked at 153rd Avenue and 88th Street. The vehicle was stripped of its wheels and left with the brakes resting against the ground. An Infiniti retailer confirmed that the replacement cost could range anywhere from 3,000 to almost 10,000 depending on the equipment and associated damages.

On Tuesday afternoon the owner of late model Ford Explorer returned to her vehicle around noon. She had parked at 81st Street between 155th and 156th avenues around the corner from her home and found the glass from the passenger window had been removed and thieves had stolen the GPS system from the car.

Captain Thomas Pascale of the 106th Precinct explained to residents at a recent Lindenwood Alliance meeting about the auto vandalism and that community assistance was a vital component in catching suspects in the act. “We have a tremendous resource in the community residents,” said Pascale, “we have made many arrests because neighbors were looking out for each other and making phone calls.”

Pascale noted that thieves target high end vehicles because of the value of their parts. Tires, rims, air bags, audio and navigation systems, are all among the most “street saleable” and accessible parts most often stolen. “These thieves come into your neighborhood with an order for a certain part,” explained Pascale. “Sometimes they come in with a team of people to get it. This is their business.”  And according to him the goal of the precinct was to put them out of business.

The Lindenwood Alliance has focused on the ongoing problem at several of their monthly meetings and has offered residents a viable avenue of communication between residents and the 106th Precinct. Co-founder and co-president of the group, Joann Ariola says that the police have stepped up efforts in the Lindenwood area to try and stop the vandalism and theft however, residents remain frustrated at the continued targeting of their vehicles.

“Despite the efforts made by the police, we remain very unsettled because of the frequency that these incidents are taking place,” Ariola told The Forum. “We ask that our residents continue to be on the watch for anything out of the ordinary and to report it to the police immediately.” She cautioned that no one should approach suspected vandals.

Police urge residents to make note of any activity that they consider suspicious and to call 911 to report it.