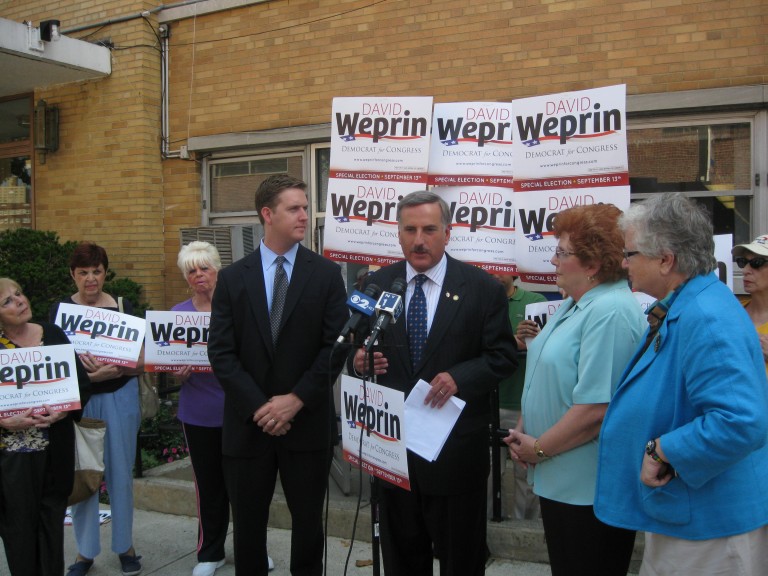 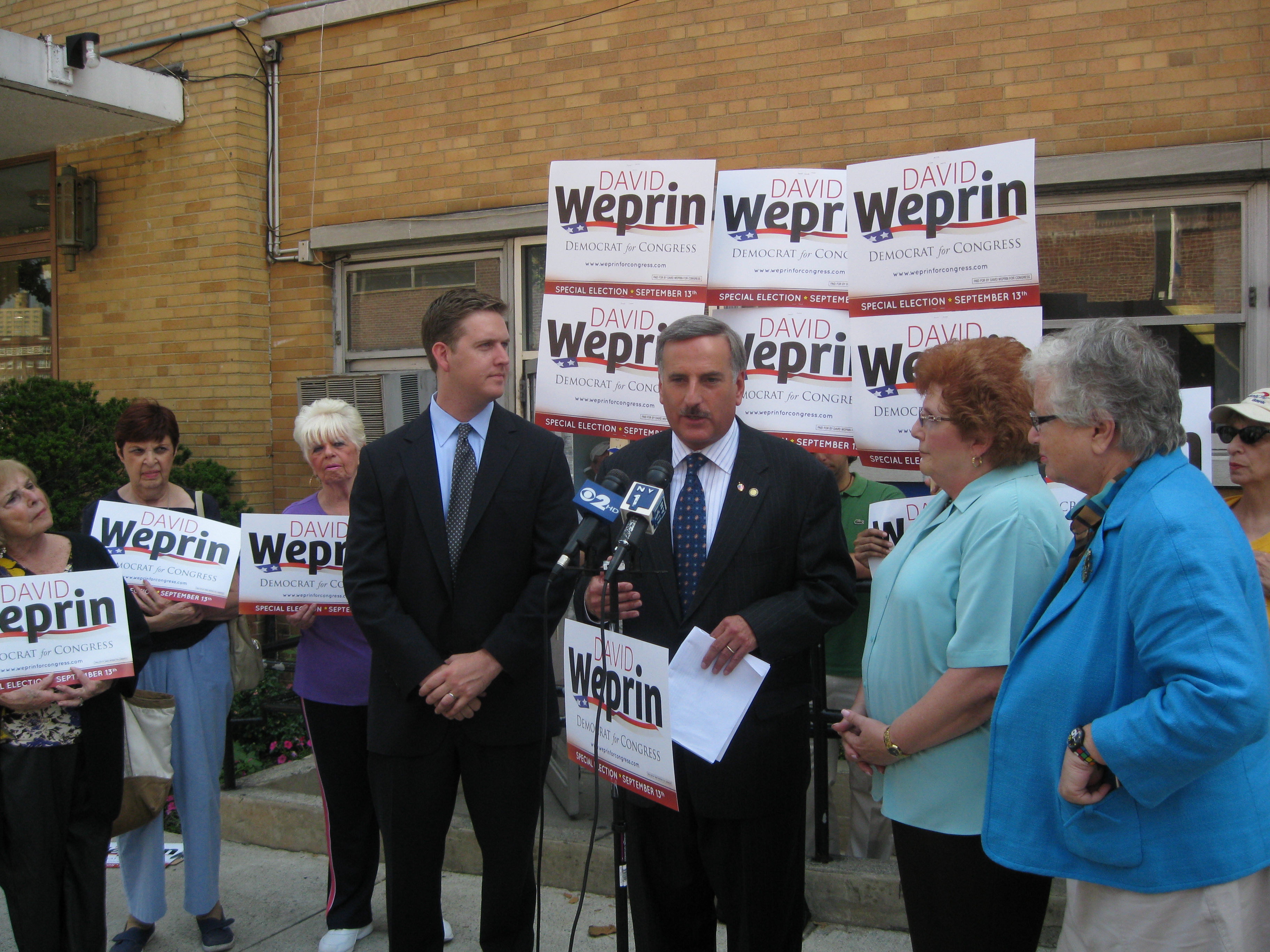 David Weprin, the Democratic candidate for Congress in the 9th Congressional District, visited a Forest Hills senior center on Tuesday to talk about the importance of social services like Medicare, Medicaid and Social Security.

“What the Republicans in Congress are doing is shameful,” Weprin said. “They want to reduce the deficit on the backs of seniors, children and the working class.”

According to Weprin, House Speaker John Boehner’s (R-Ohio) proposal, known as the Cut/Cap/Balance plan, would increase out-of-pocket Medicare expenses, slash Social Security benefits by as much as $3,000 per year, and eliminate Medicare, Medicaid and other health care coverage for hundreds of thousands of residents.

Weprin admonished the plan while visiting seniors at the Forest Hills Self Help Austin Street Senior Center on Tuesday.

“As someone who has spent more than 20 years working in public finance and eight years as Chair of the New York City Council Finance Committee, I know how to balance budgets and multi-billion dollar deficits. Destroying Medicare and Social Security isn’t the way to do it,” Weprin said.

Joining Weprin on Tuesday were several Democratic colleagues who pledged their support for his candidacy.

“Medicare and Social Security are the backbone of the American middle class,” said Assemblyman Andrew Hevesi (D-Forest Hills). “I am supporting David Weprin for Congress because he understands just how important these vital programs are for our seniors.”

City Councilwoman Karen Koslowitz (D-Forest Hills) also spoke about the importance of these social services for Queens seniors. “The Republicans in Congress want to privatize and cut Social Security. Not only can we not afford to cut Social Security, but we need to give seniors cost of living increases which we have not had in two years,” Koslowitz said. “David Weprin will fight for the seniors who call Queens home.”

As Weprin was campaigning with seniors, the Turner campaign was firing shots of its own. Calling Weprin a “career politician,” Turner’s campaign noted that Weprin has run for five political offices in the last two years.

“David Weprin is the living, breathing, walking and talking definition of a career politician,” William O’Reilly, a campaign spokesman for Turner, said in a statement. O’Reilly said career politicians have destroyed Washington D.C., and stated, “It’s time to send a regular citizen and businessman to Congress.”