Residents along 165th Avenue in Howard Beach have something to smile about this week. The overgrown weeds  consuming the sidewalks and acting as a harbor for rodents and garbage have finally been cleared.

Two weeks ago, after neighbors contacted The Forum about the conditions along the avenue, the newspaper reached out to the office of Councilmember Eric Ulrich and New York City Sanitation Department Deputy Commissioner for Public Information and Community Affairs Vito Turso.

After a site inspection was performed along the entire length of 165th Avenue from Crossbay Boulevard to 82nd Street, Commissioner Turso acted on his inspector’s and quickly dispatched a lot clean-up crew to the location.

The weeds were completely stripped along the route, the garbage was removed and the area inside the guard rail is now accessible to National Parks Department  clean-up crews, along them to begin the cleanup of Gateway property after Tropical Storm Irene several weeks ago.

“This is the perfect example of how community functions on a cooperative level,” Councilmember Ulrich said. “When we work together, we bring service back to the people where it belongs.” 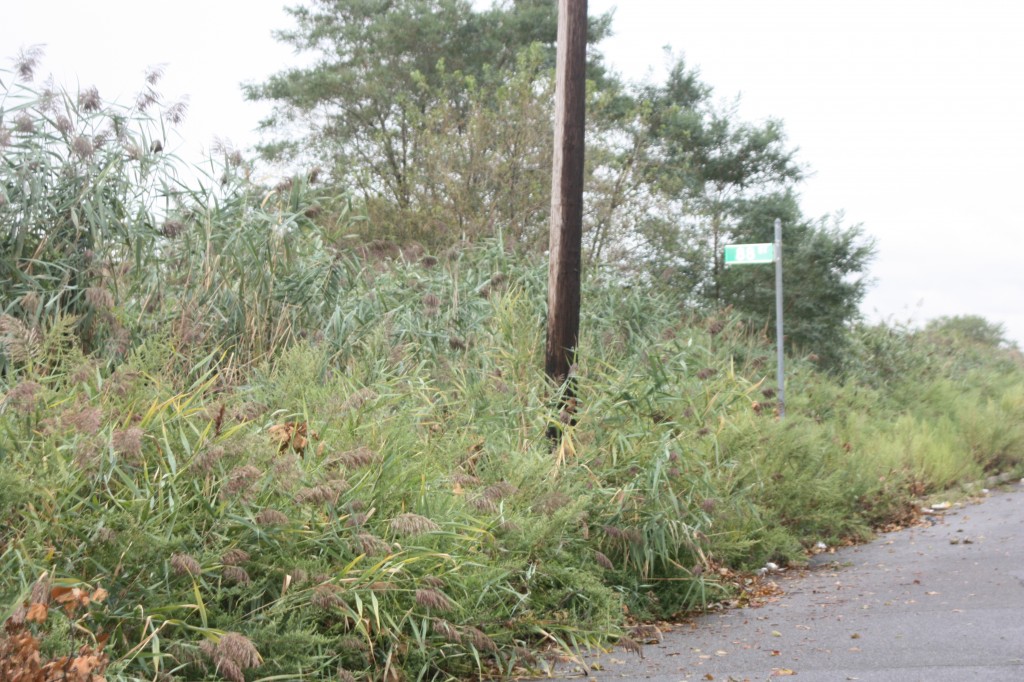 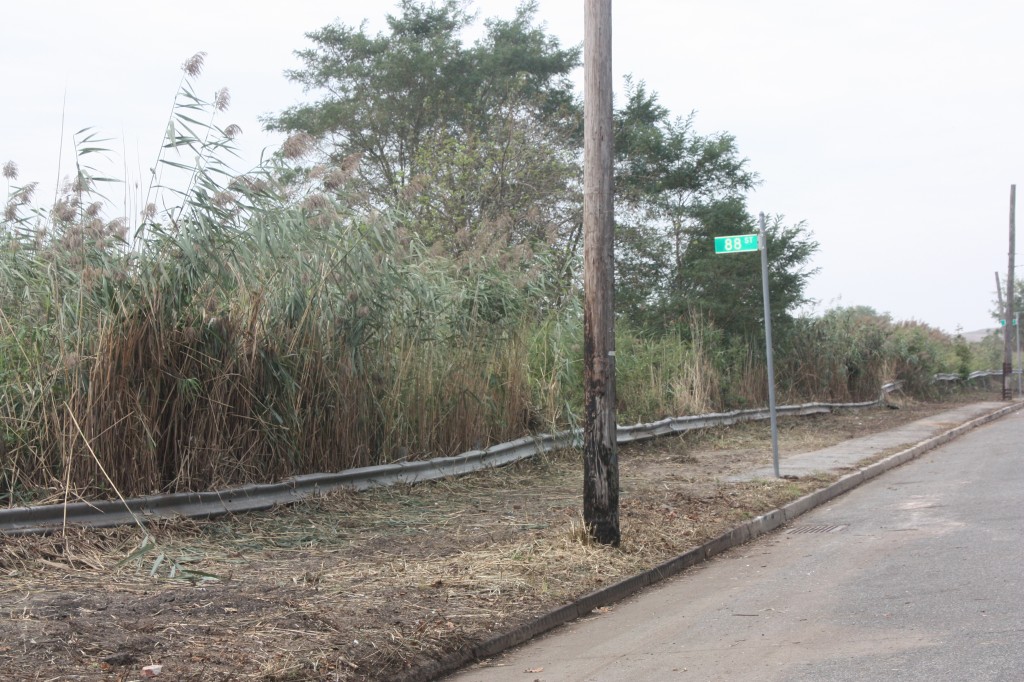 Above, the scene at 88th street and 165th avenue two weeks ago clearly demonstrates the conditions residents had to deal with before. Below, the dramatic difference seen following  the Sanitation Department cleanup.