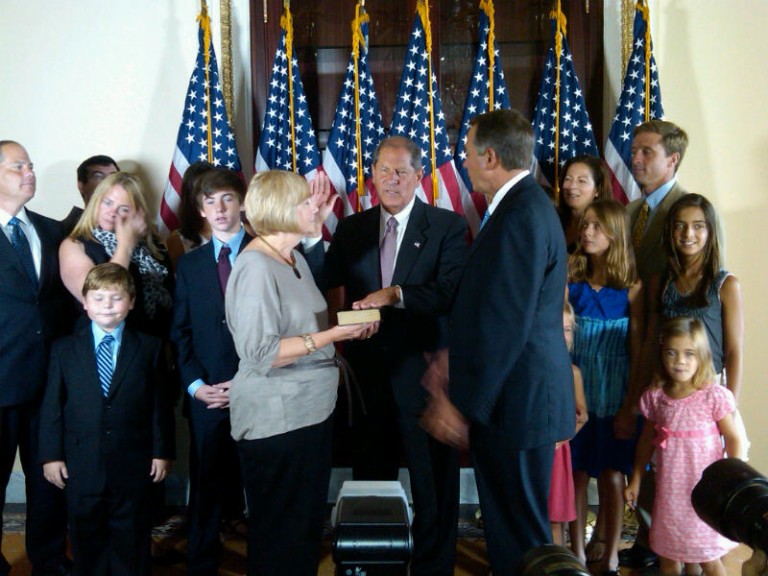 Congressman Peter King (R-Long Island) introduced Turner to the House of Representatives, noting that Turner would become a “truly, truly outstanding addition to this body.”

Turner stepped up to the podium, and in a brief moment of levity, was stopped by House Speaker John Boehner (R-Ohio), who had yet to recognize Turner’s time to speak.

“It’s with great humility I accept this awesome responsibility,” Turner said, “and I pledge not to forget how I got here. It was an important bipartisan election—it’s the only way it can be done in New York City. I’ll also promise not to forget why I’m here, and it’s the future,” he continued, pointing to his grandchildren in the audience.

Turner’s first vote took place shortly after when he voted for the Protecting Jobs from Government Interference Act. The bill prohibits the National Labor Relations Board from ordering an employer to reinstate any work, product, production line or equipment; rescind any relocation or transfer plans; or require any employer to make an initial or additional investment at a particular plant, facility or location.

The bill passed mostly on partisan lines with Democrats arguing it would allow major companies like Boeing, which reportedly is moving a plant to South Carolina to punish unionized workers, to further alienate workers.

Assemblyman Rory Lancman (D-Hillcrest), a possible Democratic challenger next year if the district remains intact, blasted the vote in a press release.

“My new Congressman’s honeymoon ended when his first vote in Washington was to undermine basic worker protections and enable companies to outsource jobs in order to punish workers who exercise their union rights,” Lancman said.

Turner, the first Republican to represent the district since 1923, defeated Democrat David Weprin by eight points in a special election last Tuesday. He replaces Anthony Weiner, who resigned amidst a scandal after sending inappropriate pictures to women online. 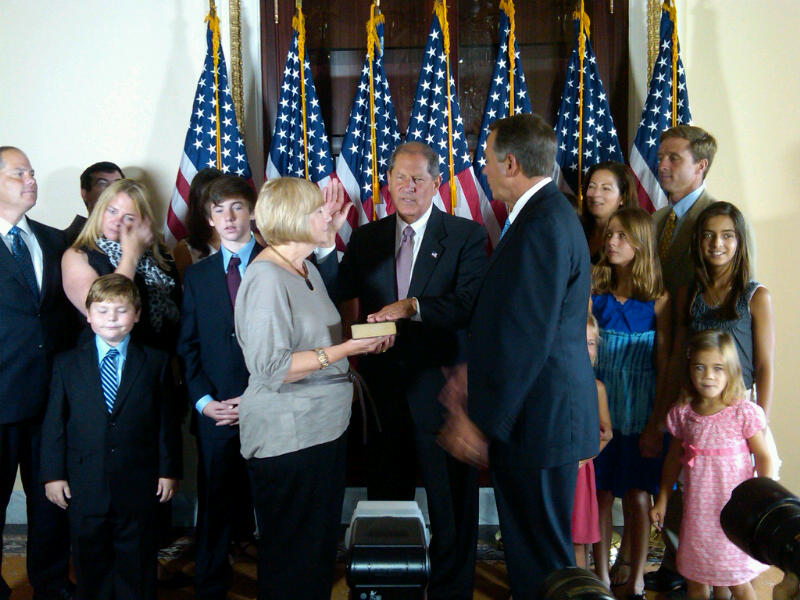