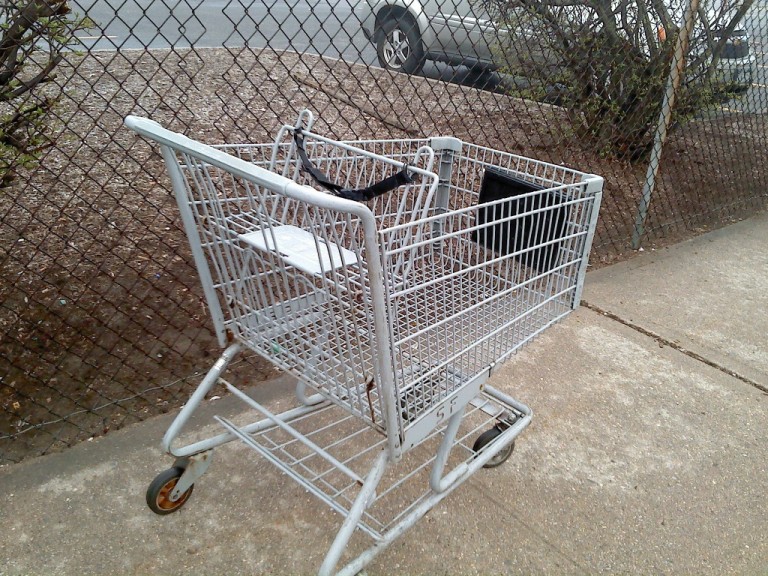 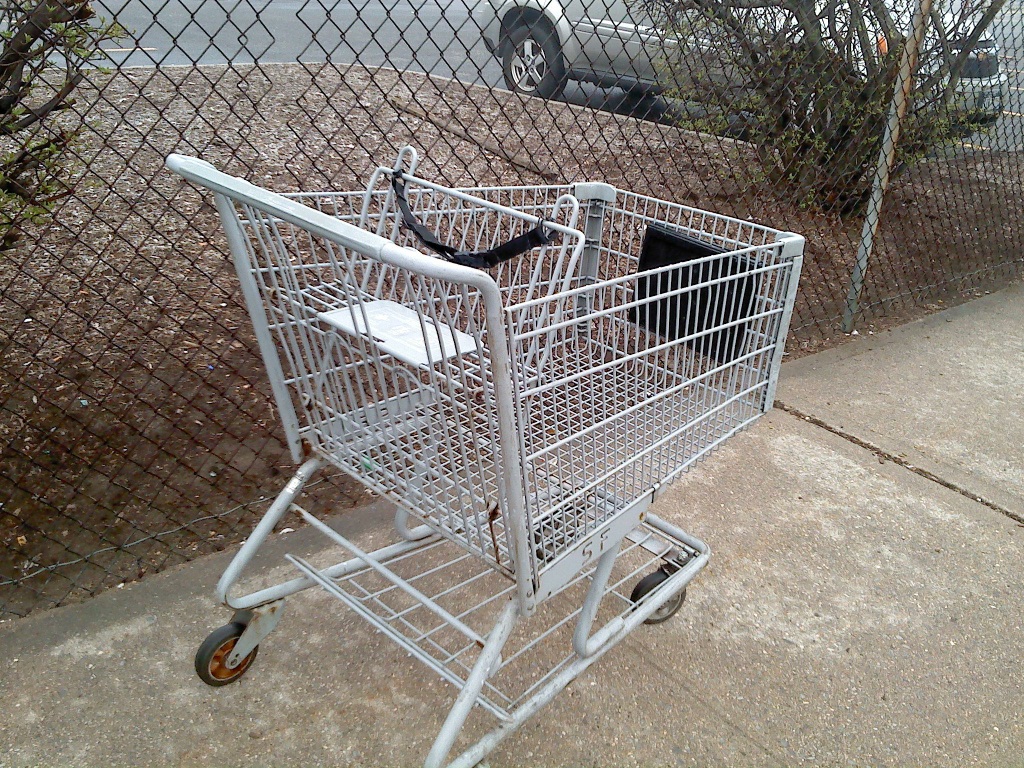 Residents say that shopping carts are turning up all over their streets and driveways denting and damaging their cars. Forum Newsgroup Photo by Patricia Adams.

Residents of 95th Street called the office of The Forum on Monday afternoon to express their outrage over a man they claimed was partially unclothed and taking a bath in the parking lot at the Howard Beach Waldbaum’s on Cross Bay Boulevard.

The homeless man was unclothed from the waist up and was bathing with pans of water and rags—his belongings in plastic bags. He sat near the fence in the parking lot and told The Forum that he does so regularly and has never been approached to leave. Asked if he ever used drugs in the parking lot he asked, “Who can afford them?

This disturbing event is the latest thing that has greatly upset the homeowners in their battle to get things done to improve conditions at the store and in the lot.

Resident Neil Iovino, who has spearheaded the effort on his block, says the situation has become untenable and that little changes have been made but the serious issues –drug paraphernalia, garbage, damage from shopping carts left on the street and in driveways–have not been addressed at all.

Now the residents have taken their battle one step further by submitting a signed petition—by nearly 60 residents– to the corporate office of the store. The petition calls for several demands that Iovino says are essential to his neighbors and to the whole community.

The action of the residents comes on the heels of a series of articles in this newspaper reporting on conditions in and outside of the store. They [residents] had hoped the store would offer resolution after learning of their concerns.

Among the most serious demands on the petition is a call for night time security to keep out anyone who is breaking the law and endangering the welfare of residents and a wall or taller fence with a sealed bottom and slots to stop garbage from blowing around and covering their property.

Residents also say they want the lights in the parking lot fixed and for the store to devise a way to keep their shopping carts from getting removed from the parking lot.

Iovino says he will wait a couple of days to see what corporate’s reaction is to the petition. Obviously irritated, Iovino told The Forum, “This is just the tip of the iceberg. Everyone we talk to is disgusted with the way things are. But we have to live with it right in our faces.”

An e-mail sent to Waldbaum’s spokesperson on Wednesday had not been answered as of press time. It called for the store’s response to the incident on Monday as well as an inquiry as to the reaction of corporate to the petition. Please see next week’s issue for an update.

If you have anything to add to this story please contact the office at 718-845-3221. All calls are confidential.