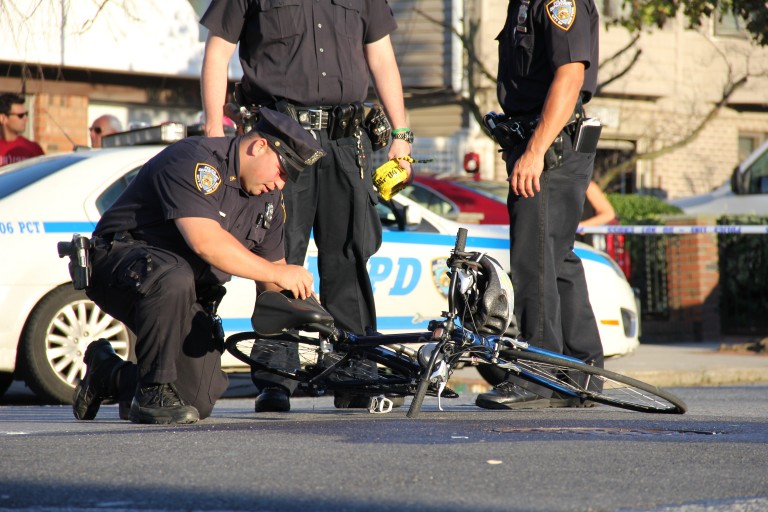 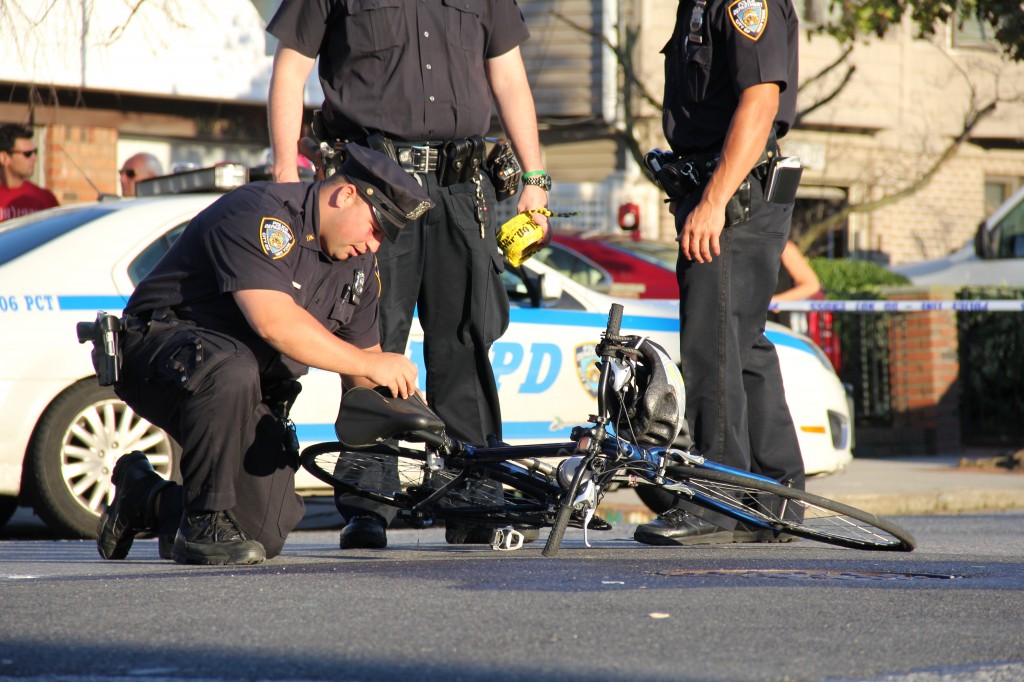 Police gather around a bicycle ridden by a man struck in Howard Beach last week. The victim died from injuries he sustained. Richard York/The Forum Newsgroup

A Brooklyn man in his 50s died after being hit by a car while riding his bicycle in Howard Beach last Wednesday evening, according to police and family members.

The biker, Gary Zammett, Sr., of Canarsie, was struck by a silver SUV at the intersection of 84th Street and 160th Avenue around 6:40 p.m. last Wednesday, officials said.

Zammett sustained serious head and facial injuries and was transported to Jamaica Hospital Medical Center, according to emergency personnel at the scene. He died from the injuries not long after he arrived at the hospital, officials said.

Family members said they are now trying to generate support for installing a traffic light at the intersection where the accident occurred. Currently, there is a stop sign – which nearby residents said drivers frequently blow through.

Zammett’s family and friends also placed flowers and other mementos at the site of the crash. 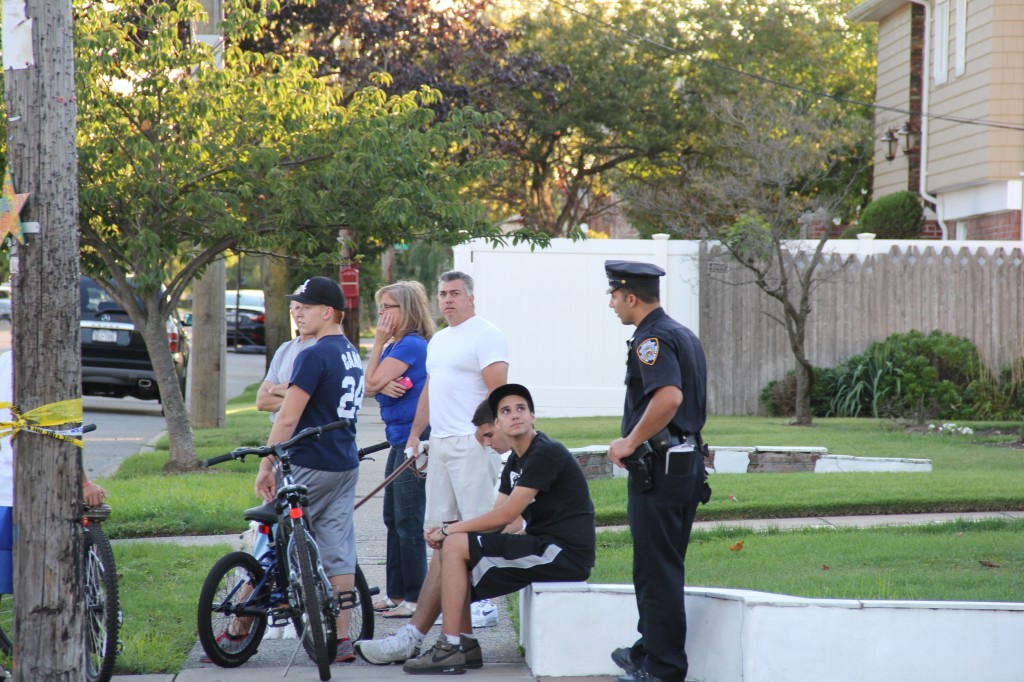 A policeman speaks to area residents who were horrified to see a man get hit while riding his bike.