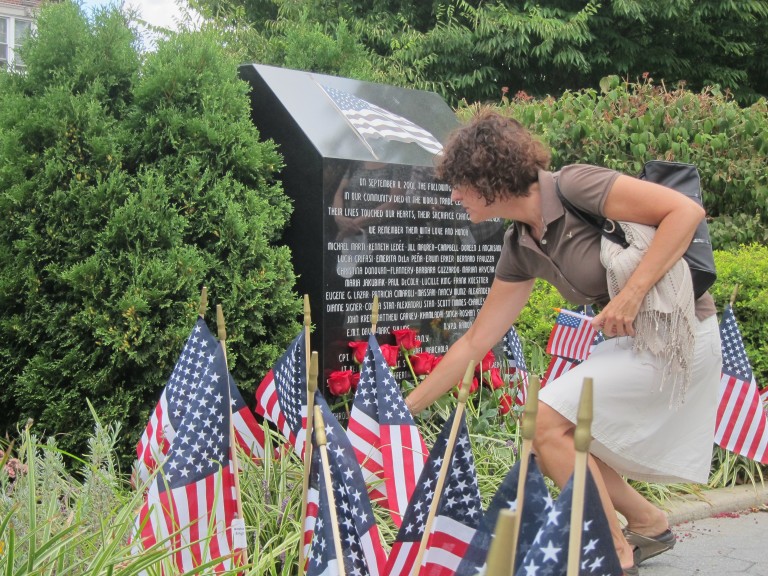 Area officials, clergy members, and community leaders gathered in Forest Park on Sunday to honor those who lost their lives in the terrorist attacks of Sept. 11, 2001, including 42 residents of Glendale, Middle Village, Ridgewood, and Woodhaven. Organized by the American Day Parade committee, the annual service drew a small crowd to the 9/11 Memorial Garden located near Dry Harbor Playground on Myrtle Avenue.

U.S. Rep. Grace Meng (D-Flushing) spoke from the podium about the importance of continuing to honor the anniversary.

“We must remind people – remind the world – that the events that happened 12 years ago and the people who are not with us anymore have never and will never be forgotten,” she said.

Meng expressed her gratitude to first responders and members of the military, acknowledging their contribution to combating terrorism since 2001. The first-term congresswoman also discussed the long road ahead, especially in the “world of cyber.”

State Sen. Joe Addabbo Jr. (D-Howard Beach) told the crowd that the tragedy remained fresh for him despite the intervening years, while Assemblyman Mike Miller (D-Glendale) shared personal stories about a friend of his mother’s who was killed during the attacks, and his stepdaughter, who narrowly escaped. 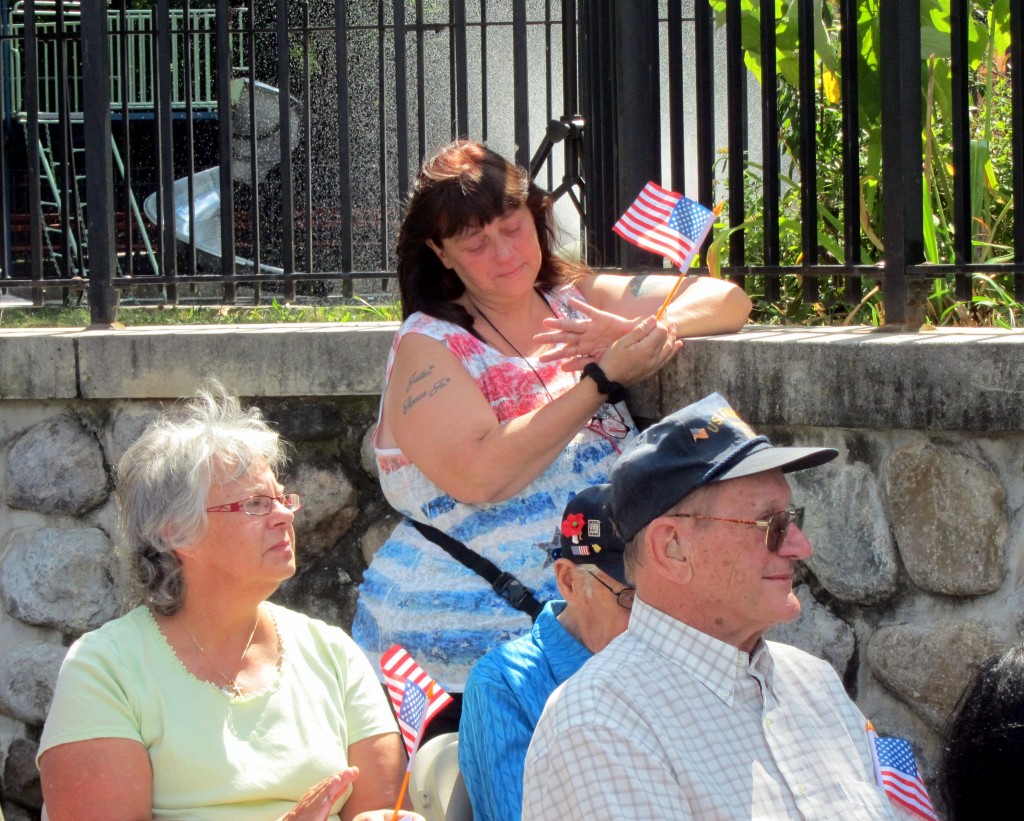 “I was very lucky,” Miller said. “My stepdaughter got out. They were in a meeting in the second building. They saw some debris falling. Her boss said, ‘Come on, let’s get out. We’ll just go downstairs and see what happened.’ And as they reached the bottom, the second plane struck her building.”

“It’s so important to come together to remember and to be grateful for what we have a great city and a great country,” she said.

Rabbi Joel Zdanowitz, of the Forest Park Jewish Center, rededicated the memorial stone with a reading from the High Holy Day liturgy.

“Our sympathy continues to pour forth to the families,” he said. “None of us will ever forget the significance of 9/11.”

Following the dedication, community members took turns reading the names of the victims etched into the memorial stone as ceremony participants laid red roses – donated by Enchanted Florist and Greenhouses in Maspeth – at its base. A member of Glendale’s Chapter 32 of Vietnam Veterans of America sounded “Taps” on his bugle.

Glendale resident Linda Catalano, who attended the service for the first time to honor the memory of her friend, Firefighter Lt. Robert F. Wallace of Woodhaven, was deeply moved by the service.

Although Catalano has privately paid tribute to her fallen friend every year since his death, she was touched to see his sacrifice publicly recognized.

“It means everybody honors him,” she said. “He used his own life to help other people.”