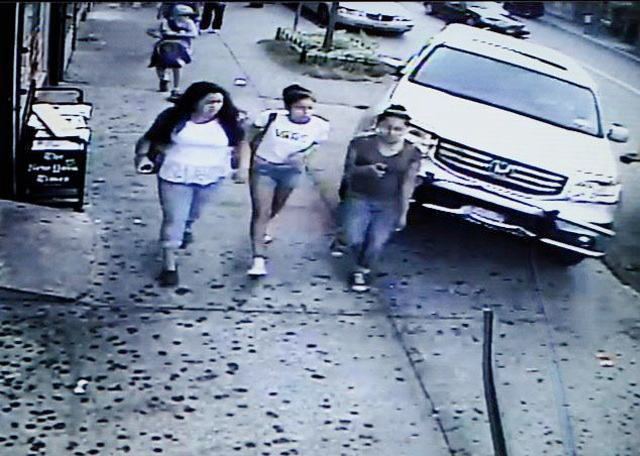 Three middle school students were sent to the hospital with serious injuries after an SUV driver plowed into them as they walked to school in Maspeth last week.

After a driver slammed into five students on their way to school in Maspeth last week, parents are demanding the city Department of Transportation immediately make the area from around 69th to 80th streets along Grand Avenue safer – particularly for the approximate 4,000 children who attend class in the neighborhood.

“We’re afraid for our children’s lives,” said Maryann Johnson, the Parent Teacher Association president at PS 58 in Maspeth and the mother of students who attend both PS 58 ad IS 73.

According to police, driver Francis-Aung Lu, 40, of Elmhurst, said he accidentally hit the gas instead of the brakes, causing him to plow his Honda Pilot into a group of IS 73 pupils a little before 8 a.m. last Thursday at the intersection of Grand Avenue and 71st Street. Three of the students were sent to the hospital with serious injuries, and the other two were admitted to the hospital with minor injuries, according to the NYPD. Officials said one of the two who police said sustained minor injuries, Michael Gomez, 13, died Sunday from an asthma attack, but the city medical examiner is still investigating whether or not the death was related to the crash.

The horrific accident was caught on camera, and the video shows the vehicle barreling into the students. The three became trapped underneath the Honda Pilot and about 10 to 12 people ran to lift the SUV off of the teenagers.

“Everybody has been crying a lot,” said an IS 73 student who wished to remain nameless. “Nobody can really believe this is happening, and we all just want them to get better.” 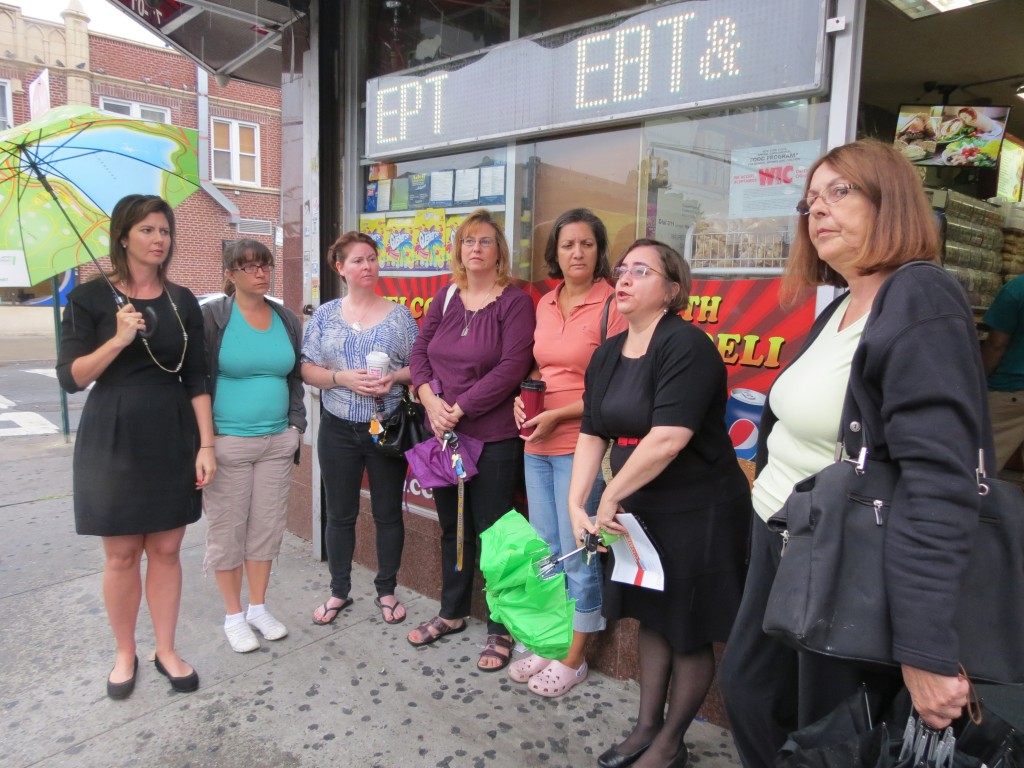 “Parents want a slow zone in the blocks where a lot of the kids are,” Crowley said.

The legislator, parents and civic leaders said they would like to see speed limits reduced from about 69th to 80th streets along Grand Avenue – where a city study found about 98 percent of vehicles speed – to accommodate students at IS 73, PS 58 and Maspeth High School.

“Between these three buildings, there’s close to 4,000 students here,” said Joann Berger, the PTA president for IS 73 and president of the Presidents’ Council for District 24. “There are a lot – a lot – of kids walking around here in the morning and afternoon.”

Kerri Vasquez, the recording secretary for the PS 58 PTA, too emphasized how many students flood the streets and the need for increased pedestrian safety measures.

“I was thinking about walking my daughter to school that morning, and I would’ve been at that corner at that time,” she said. “There’s so many parents who walk their students there – and who walk with baby carriages there. There’s a sea of kids.”

Additionally, Eric Yun, a spokesman for Crowley, said 70th Street needs to be made a one-way street to help calm traffic. The street was approved to be one-way but the city DOT has yet to implement it, and Hall said they are looking to change that during the next school break.

Berger also said parents would like to see a truck restriction between 7 a.m. and 8:30 a.m. on school days – as well as crossing guards in the area.

Hall said DOT officials could immediately look into increasing signage warning drivers that there are schools nearby, and she said her department could look into implementing what is known as a “school speed zone” in the area, which would include speed limits of 20 miles-per-hour when school is in session.