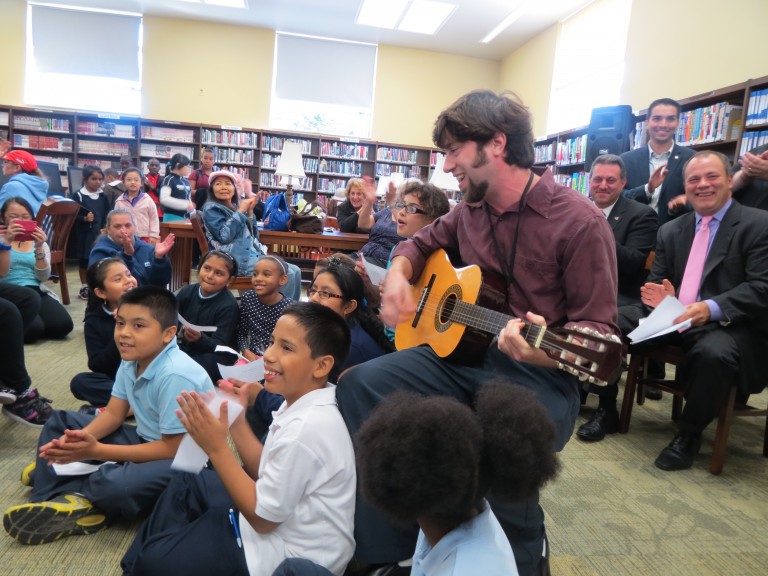 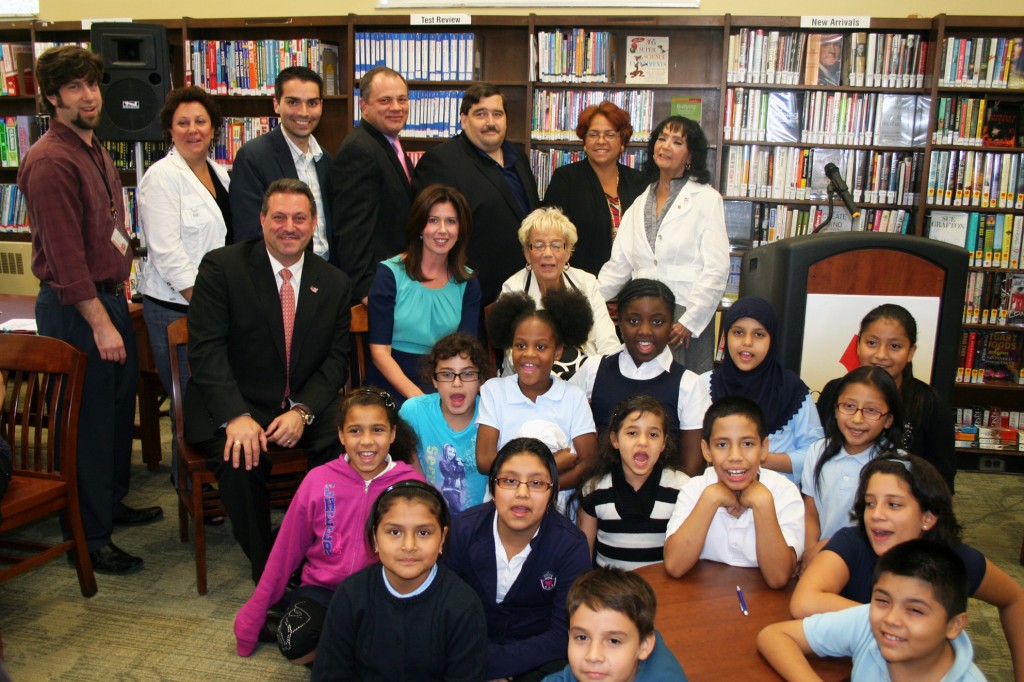 Perched across the street from the Victorian home where Betty Smith penned “A Tree Grows in Brooklyn” in the early 1940s, the Queens Library at Woodhaven has long played a starring role in the borough’s literary landscape – and has been a haven for everyone from bibliophiles to immigrants hoping to learn English and the unemployed seeking work.

That past – as well as its future – was feted Tuesday afternoon, when library officials, legislators, civic leaders and area students, including a number from PS 97, gathered to celebrate the reopening of the newly refurbished Woodhaven Library following months of renovation work.

The last library in New York City to be built with money donated by the philanthropist Andrew Carnegie, the Woodhaven site had been under renovation work as of last March and, among a list of improvements, now has new decor, lighting, furniture and finishes, as well as a self check-out facility, a new circulation desk, a handicap accessible restroom, and a self check-in service available around the clock every day of the week. The entire renovation project for the library located at 85-41 Forest Parkway cost $675,000. 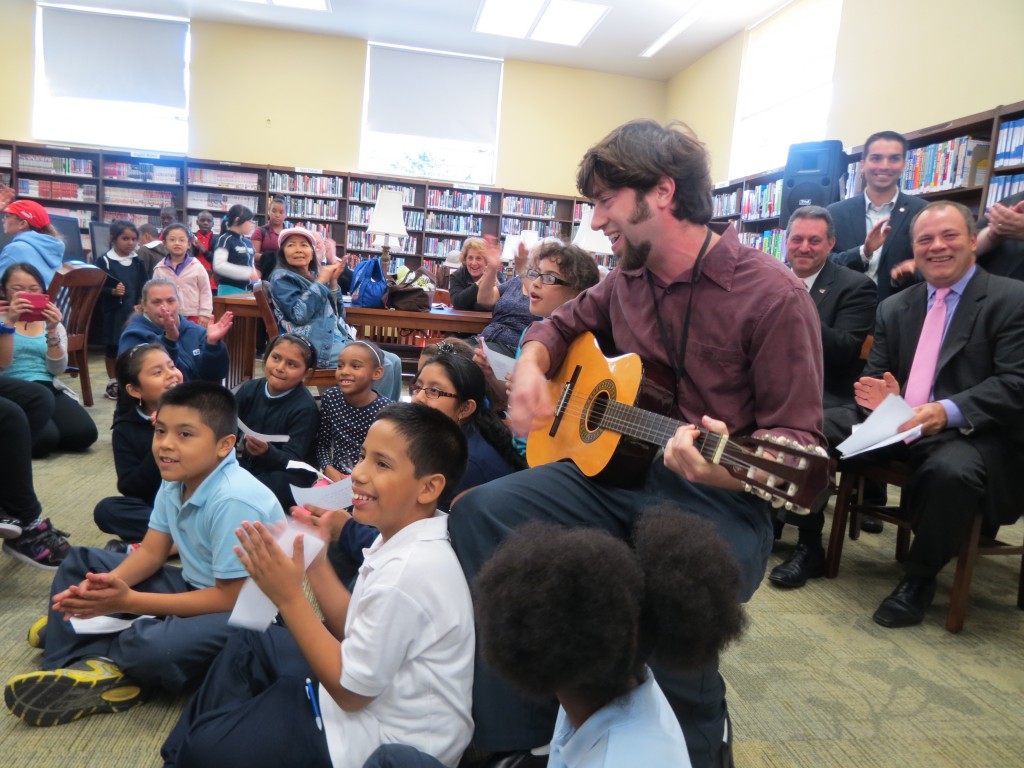 “Our local libraries are the cornerstones of our communities,” said Councilwoman Elizabeth Crowley (D-Middle Village), who allocated much of the funding for the library. “In nearly 40 years, the Woodhaven library has not seen any significant upgrades, and this massive renovation… provides residents with a first-class library that will fit their needs.”

Calling libraries “the great equalizer,” Crowley stressed the Woodhaven site’s role in helping those out of work find jobs – by, for example, allowing them to access computers to look for work and to create resumes. Additionally, she noted that the library provides English as a Second Language classes for the many immigrants from around the world who now call Queens home.

Queens Library President and CEO Thomas Galante touched upon the library’s long and storied history in the neighborhood. Built for $95,000 in 1924 – before, Galant noted, “The Great Gatsby”  and “A Tree Grows in Brooklyn” were published, as well as before the Great Depression wreaked financial havoc upon the nation – the library has “deep roots in the community,” the library system’s president said.

While renovation work began in March, residents were still able to access its books and other services in the facility’s basement. The entire library was closed on Aug. 9 and officially reopened earlier this month. During the renovation work, Woodhaven’s bibliophiles were able to use nearby libraries in Glendale and Richmond Hill.

“While the doors were closed temporarily, it was definitely worth the wait,” Addabbo said.

Calling the Queens Library system – a nonprofit corporation that serves a population of 2.3 million people and has one of the highest circulations of any public library system in the world – “second to none,” Ulrich also praised the extensive work done.

Marshall echoed Ulrich’s sentiment, saying, “our system is one of the best in maybe the whole country.

“Children, you are very, very lucky to have this wonderful library,” Marshall told the students from PS 97 gathered in the library during the ceremony.