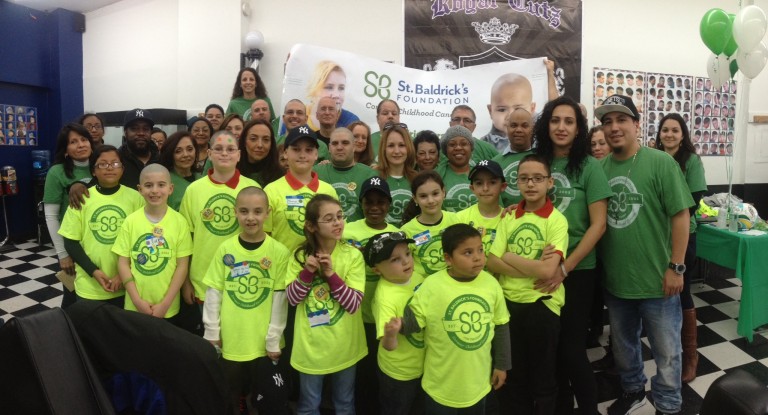 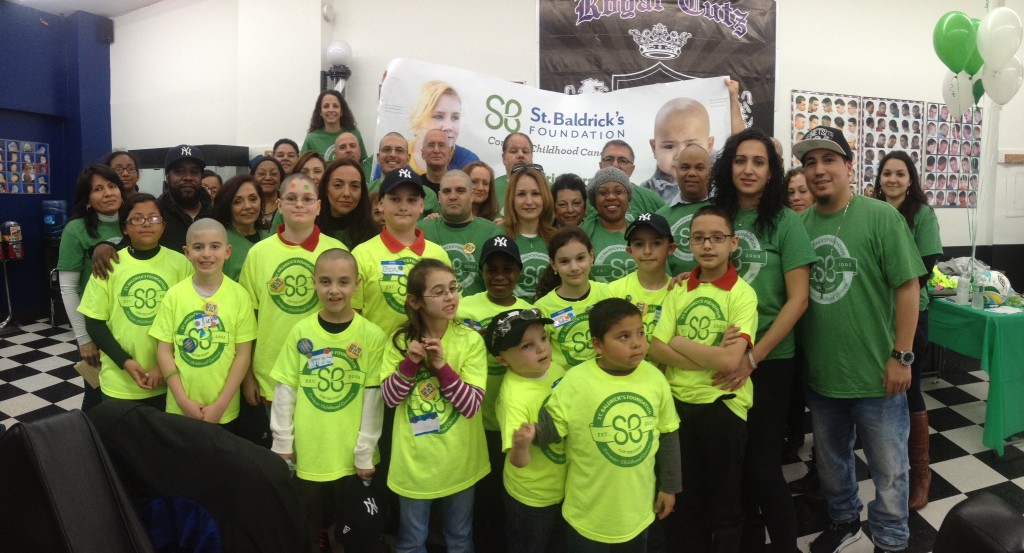 Students from PS 232 and residents from throughout the area raised thousands of dollars for cancer research last weekend at Royal Cutz Barbershop in Richmond Hill. The event was held in honor of Sebastian Oseff, a PS 232 student who passed away last year.

Students and residents from throughout the borough shed their locks last weekend to raise more than $11,0000 for cancer research during an event honoring Sebastian Oseff, a student at PS 232 in Lindenwood who passed away last year at the age of 8 after a battle with brain cancer.

Sebastian’s mother, Jennifer Oseff, along with many other members of his family, attended the fundraiser, which was held by PS 232 students at the Royal Cutz Barbershop in Richmond Hill Sunday – exactly one year after the world said goodbye to Sebastian. The money raised during the event will go to the St. Baldrick’s foundation, a volunteer-driven charity dedicated to raising money for life-saving childhood cancer research.

As part of the fundraiser, 12 people shaved their heads, a move meant to show solidarity with children who have lost their hair while fighting cancer, with the youngest participant on Sunday being 4-years-old.

The New York Yankees donated 12 hats, which were given to those who shaved their heads. The hats were especially meaningful to those involved because Sebastian wore a Yankees cap to school when he was receiving treatment for his cancer.

Additionally, the New York Cosmos donated autographed balls and tickets to two games, which were raffled off to raise money. Cedarhurst Paper donated balloons, Alfie’s Pizzeria in Richmond Hill sent over pizza for everyone to enjoy.

PS 232 students and family members remembered Sebastian as a boy who was wise beyond his years – someone who they said would not only be remembered but would also long inspire those who knew him to do good in the world.