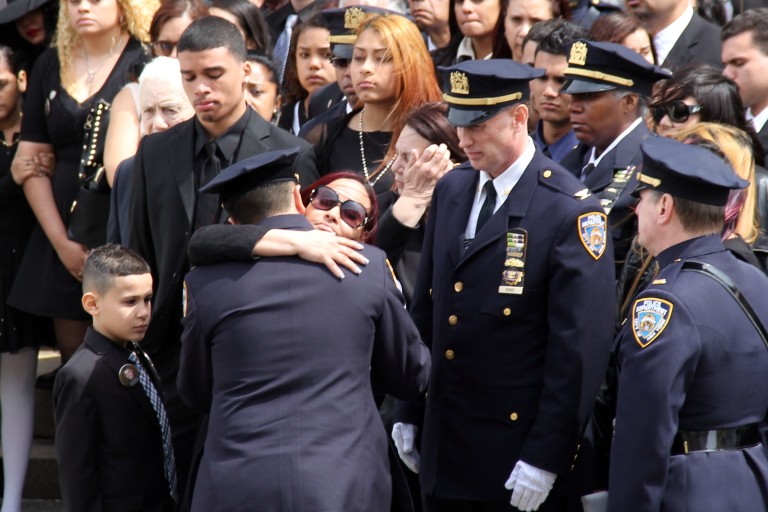 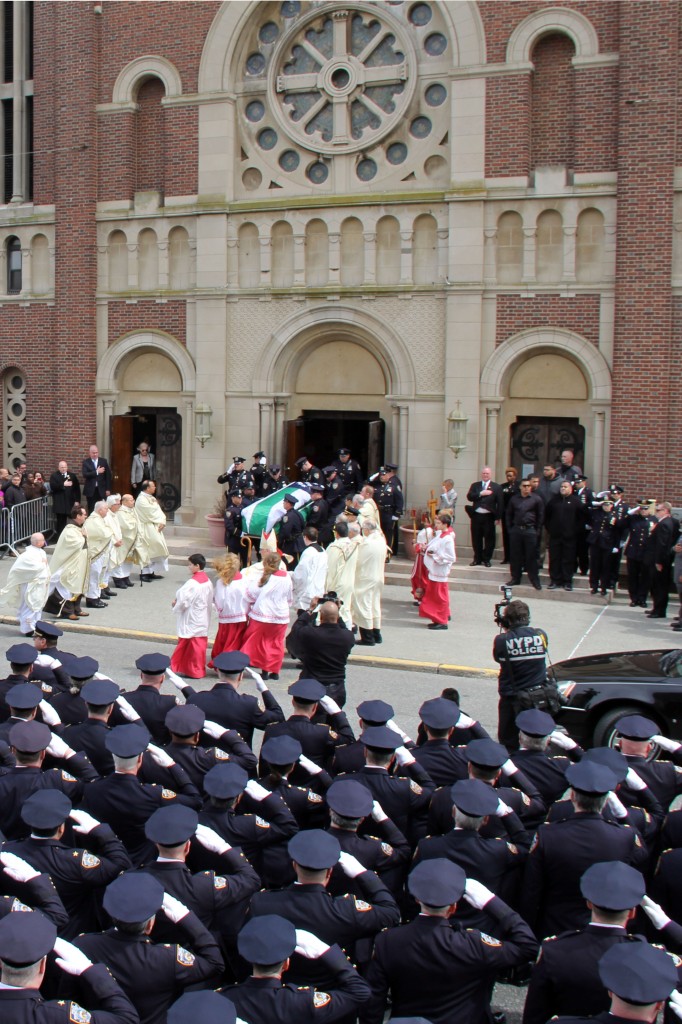 Thousands of members of the NYPD formed a sea of blue outside St. Rosa of Lima Church in Far Rockaway for Officer Dennis Guerra’s funeral Monday. Photo by Richard York

With the coming of the summer, NYPD Officer Dennis Guerra could not wait to continue perfecting his barbecuing skills – famous throughout his Far Rockaway neighborhood – while spending time with those who mattered most to him: his four children, wife, and the countless other family and friends who he was constantly making laugh.

He was going to keep teaching his youngest son, Zachary, 7, how to ride a bicycle; he was going to continue working for a job he had dreamed of since he was a child and wanted to follow in the footsteps of his father, a detective for the NYPD.

He was going to keep doing the things that made him the kind of man who would give his life for strangers: Be a devoted father, husband, son, and brother; give his all to a job he loved; lend a hand to anyone in need – whether that was a longtime neighbor or someone he had never met. 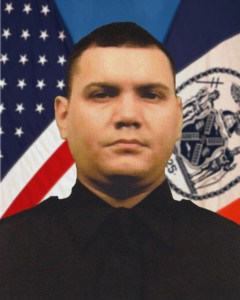 Guerra died last Wednesday after responding to an April 6 fire allegedly set by a 16-year-old in a public housing apartment building in Coney Island. He was 38 years old. His partner who responded to the blaze with him, Officer Rosa Rodriguez, 36, of Howard Beach, remains in critical but stable condition at Cornell Hospital in Manhattan.

“It’s going to be terribly difficult not having him in our lives,” Guerra’s brother-in-law, Curtis Mitchell, said at the officer’s funeral that drew thousands of people from all corners of the city to St. Rose of Lima in Rockaway Beach Monday morning. “I miss [Guerra] so much, and I wish I could get another chance to say I love you.”

From the sea of blue that formed outside St. Rose of Lima, officers, family, friends, and elected officials saluted Guerra as a hero, with many saying that the fallen officer died the way he lived – helping others.

Mayor Bill de Blasio said the list of Guerra’s good deeds was nearly endless, noting the officer had immediately jumped to bring food and other supplies to people in the aftermath of Superstorm Sandy and had pulled a young boy from a  burning car on the Belt Parkway last summer.

“Duty came first,” de Blasio said of Guerra. “It always did with Dennis.”

The mayor and NYPD Commissioner William Bratton described the officer as someone who had done what so few would be willing to do – drop everything to run, with his partner, to the fire on the 13th floor of a public housing complex. When the two arrived at the scene, they were overcome by smoke and carbon monoxide and pulled unconscious from the blaze by firefighters, after which they were rushed to the hospital. Bratton emphasized the “special bond” that Guerra and Rodriguez – both parents of four children – had with one another.

Marcell Dockery, 16, allegedly set fire to a mattress in the apartment building “because he was bored” and has since been indicted on a charge of felony murder, according to police.

“We will always remember Dennis with great sadness, but also pride,” de Blasio said at the funeral. “He was truly one of New York’s finest.”

Growing up in Far Rockaway – where he spent many an afternoon skating on the streets – Guerra knew for as long as he could remember that he wanted to be like his father, a detective, and be in the NYPD. He began serving in the NYPD as a school safety officer and worked his way up to being a corrections officer and ultimately a housing officer.

“Dennis became a police officer precisely for the right reasons – because he wanted to help people,” the mayor said of Guerra, who was posthumously promoted to the same rank as his father.

Rev. Gutierrez Fulgencio, who had presided over Guerra’s wedding, also said the officer as an extraordinary man who never sought credit for his actions.

“We come to say farewell to a hero,” said Fulgencio, who described Guerra was a loving father, husband, son, and friend.

Mitchell, Guerra’s brother-in-law, said that while people throughout New York City – and far beyond its borders – recognized the officer as a hero following the fire, his family and friends always recognized him as such.

“To the family, he was always a hero and will always live on in our hearts and memories as such,” Mitchell said. 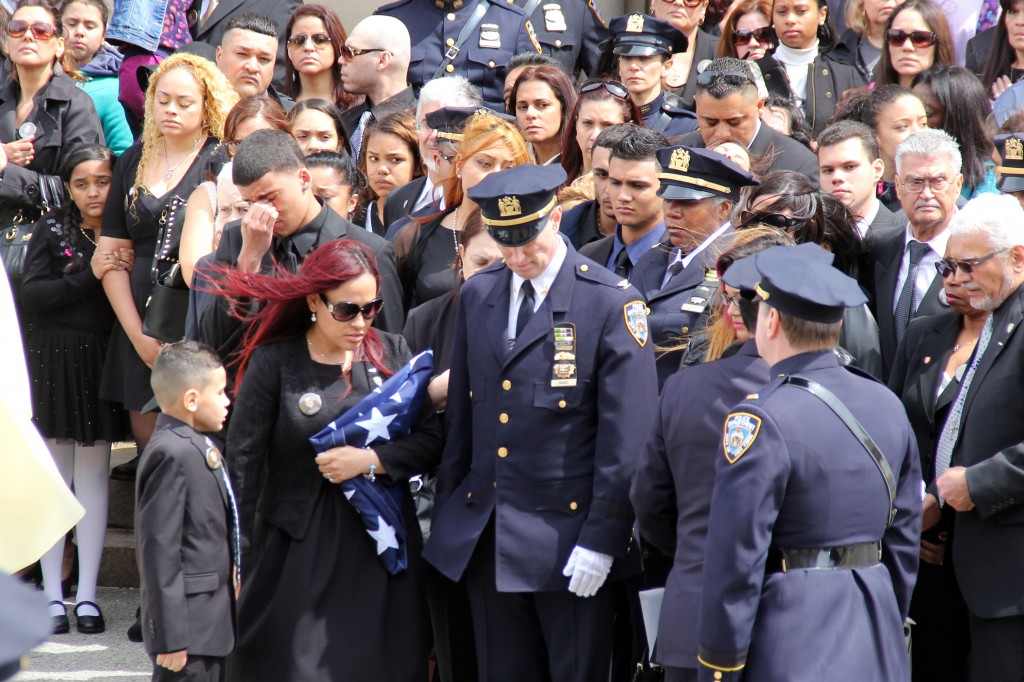 Officer Dennis Guerra’s wife, Cathy, center, holds the U.S. flag presented to her at the funeral. Her youngest son, 7-year-old, Zachary, stands next to her. Photo by Richard York

Officer Dennis Guerra’s wife, Cathy, surrounded by her children and other family members, hugs a member of the NYPD at the funeral. Photo by Richard York 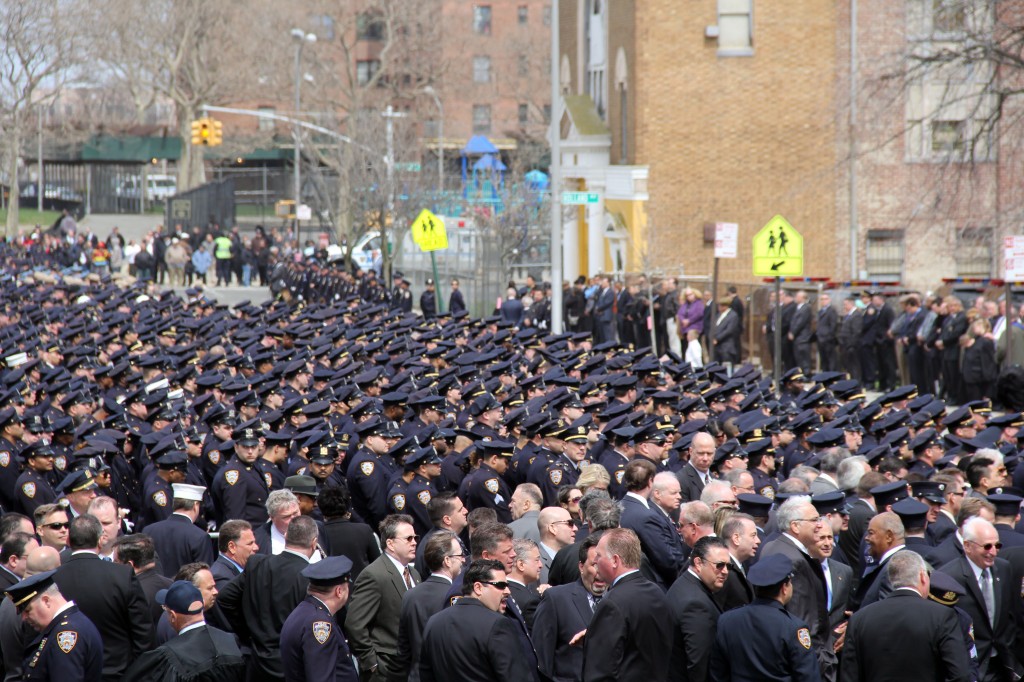 Members of the NYPD could be seen stretching out for blocks from the church. Photo by Richard York 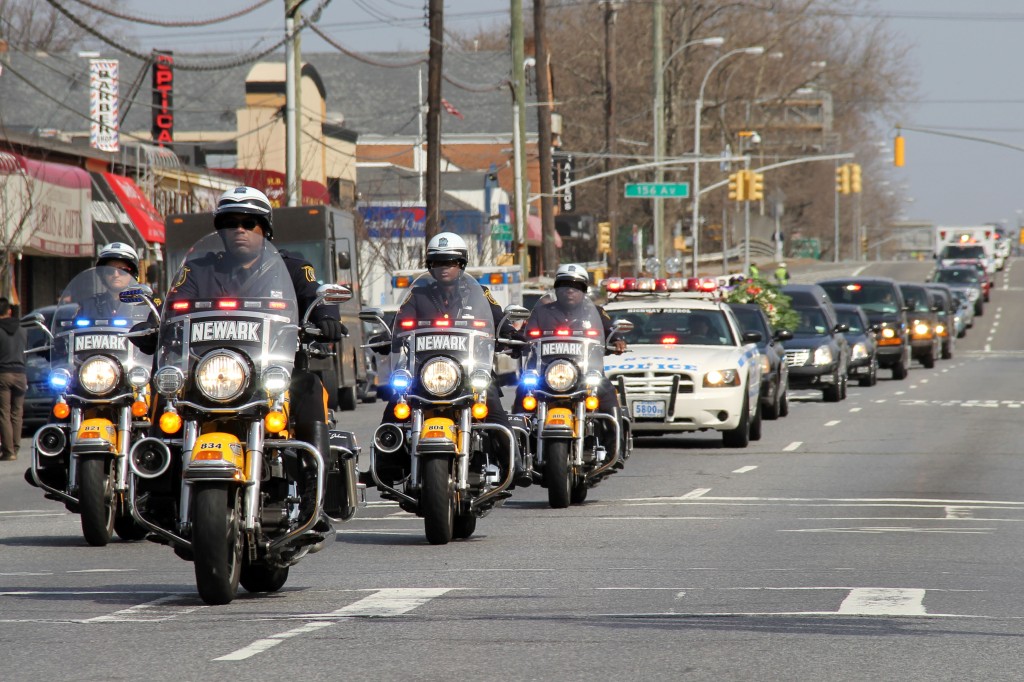 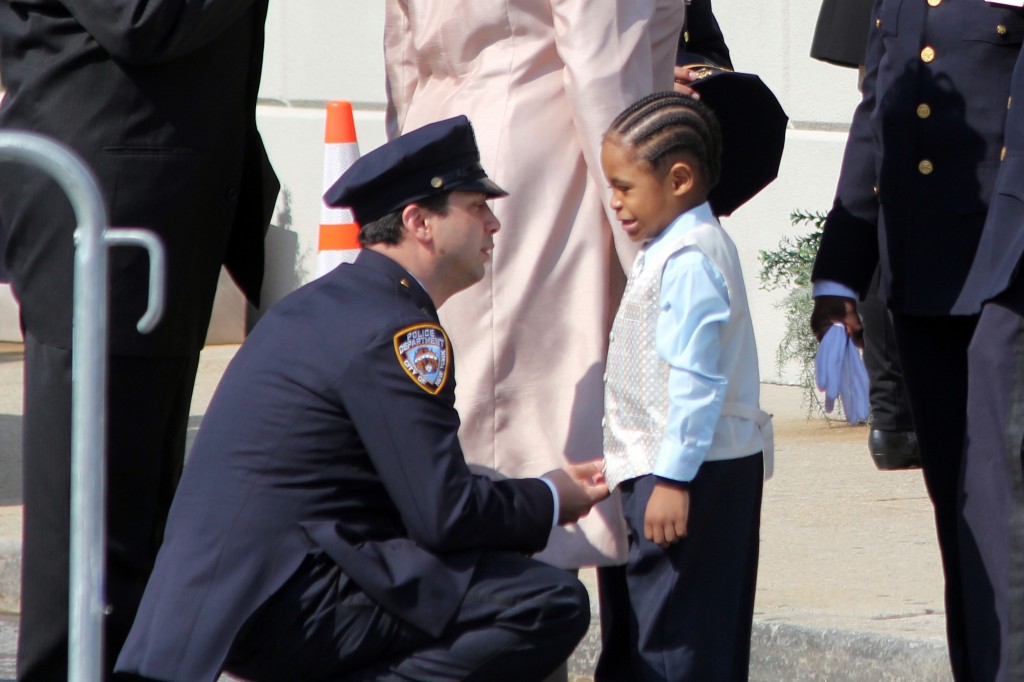 A police officer spends time with one of the younger mourners at the funeral. Photo by Richard York 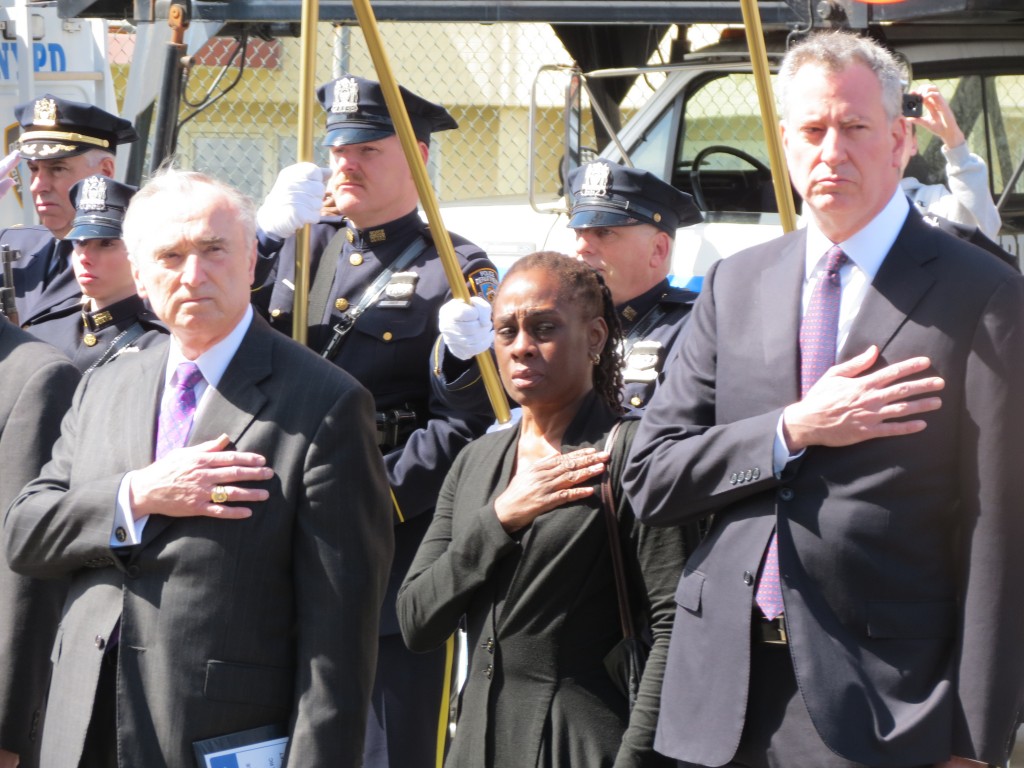 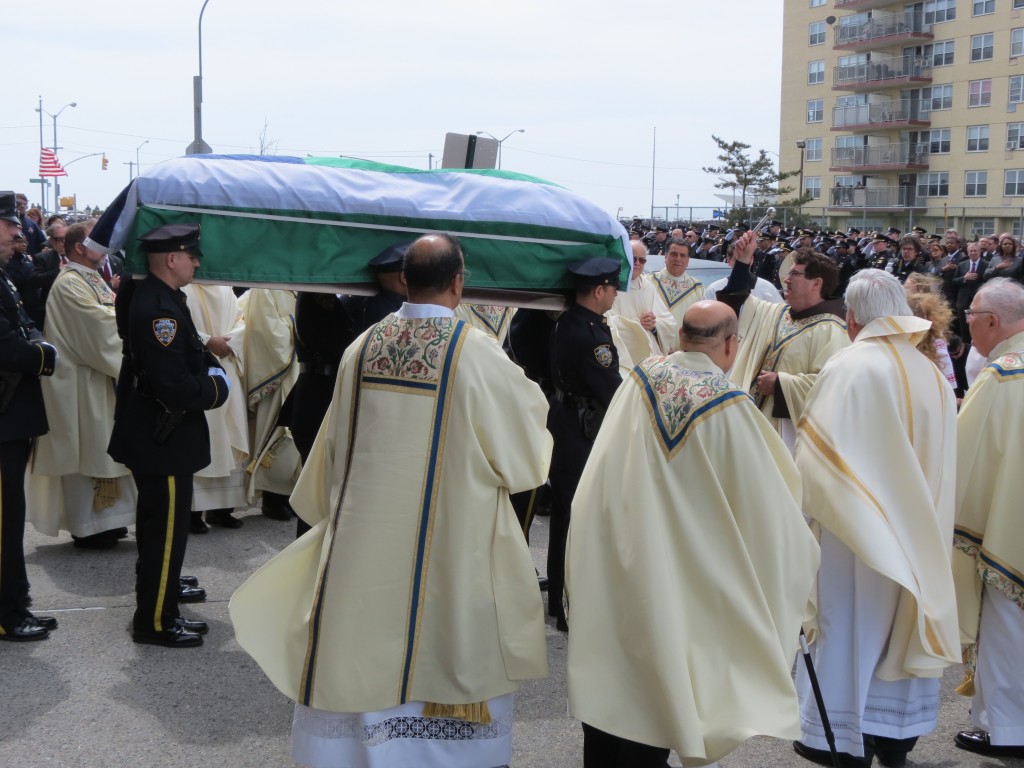 Officer Dennis Guerra’s coffin is blessed outside the church. Photo by Anna Gustafson 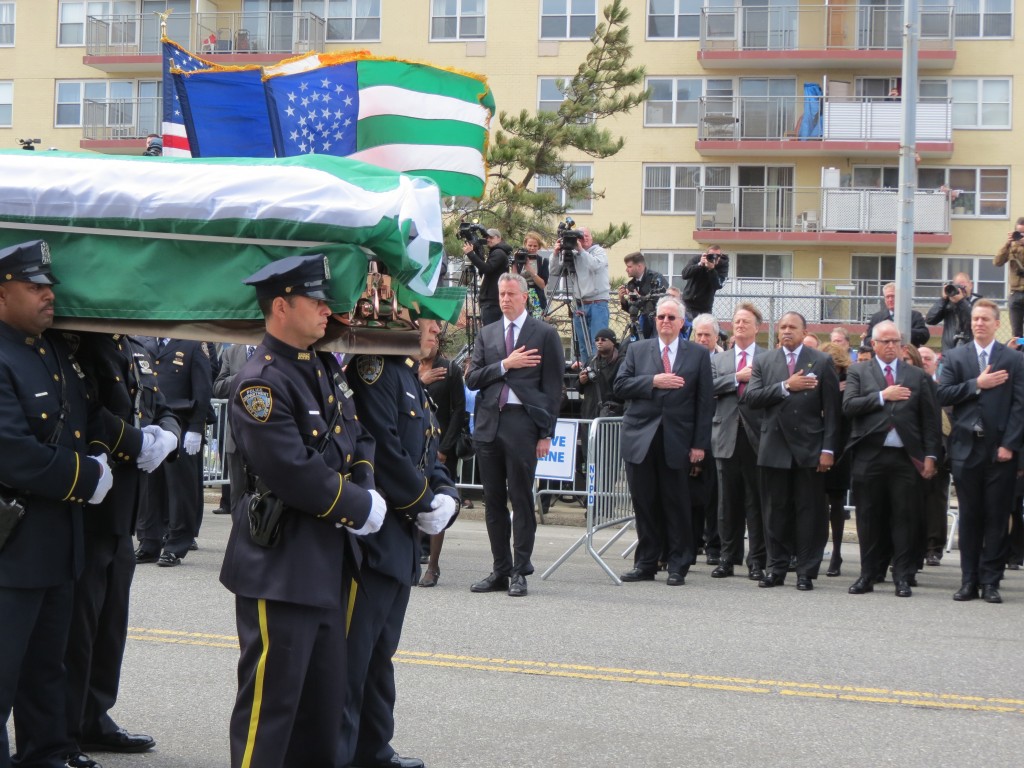 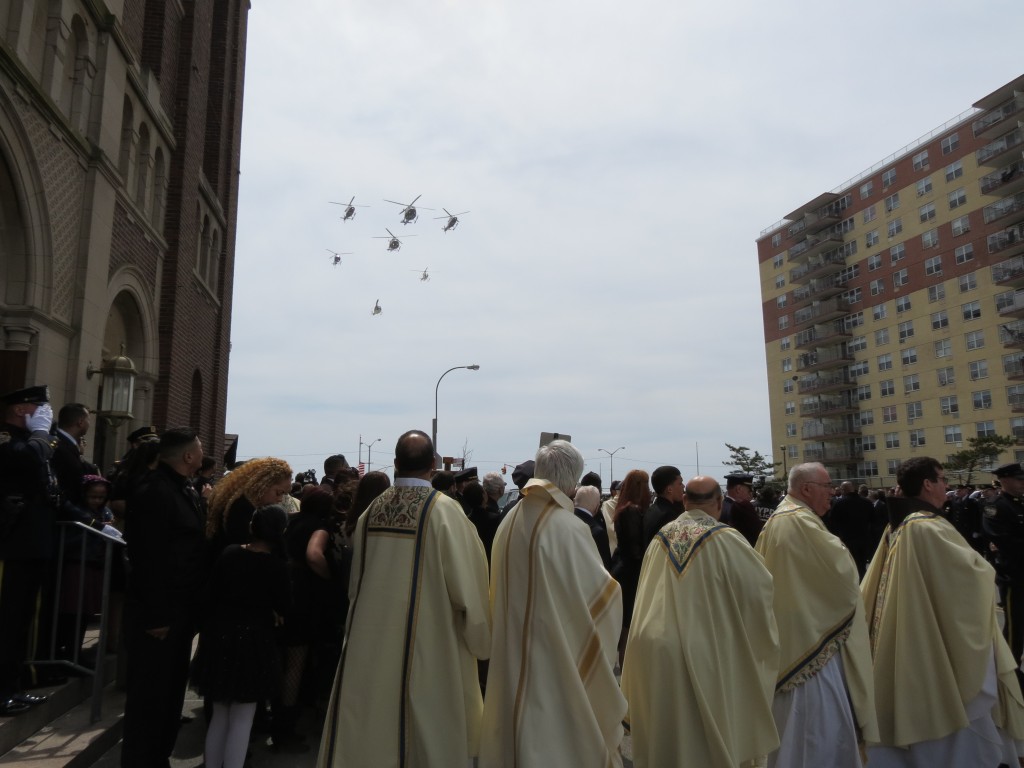 Helicopters perform a fly-by during the funeral procession. Photo by Anna Gustafson 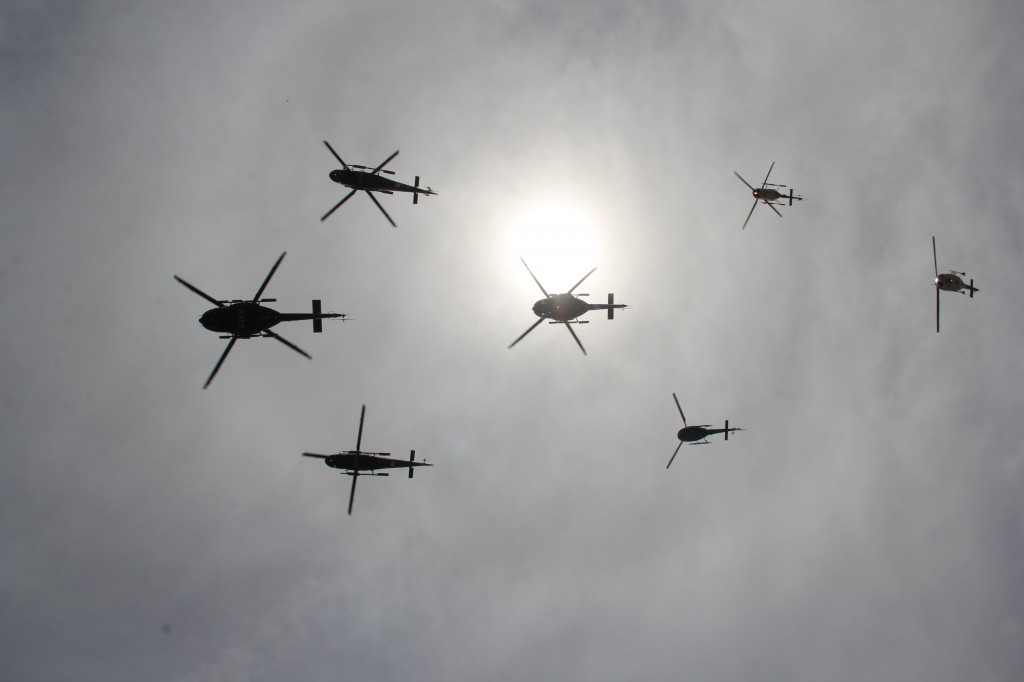 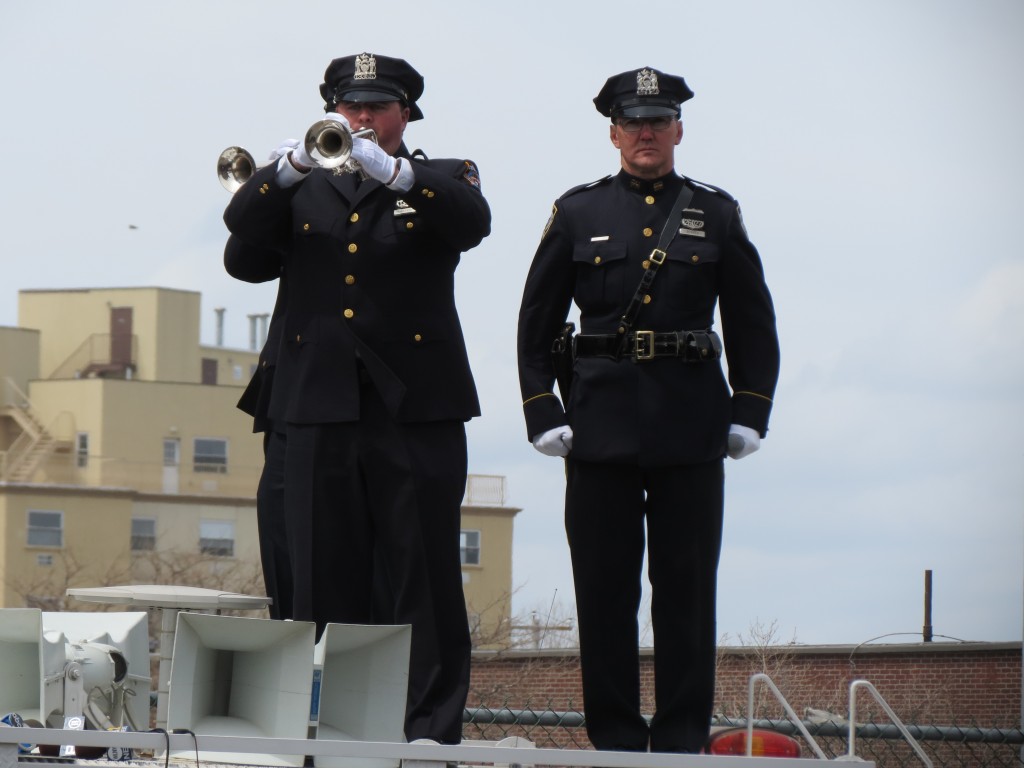 Members of the NYPD play “Taps.” Photo by Anna Gustafson 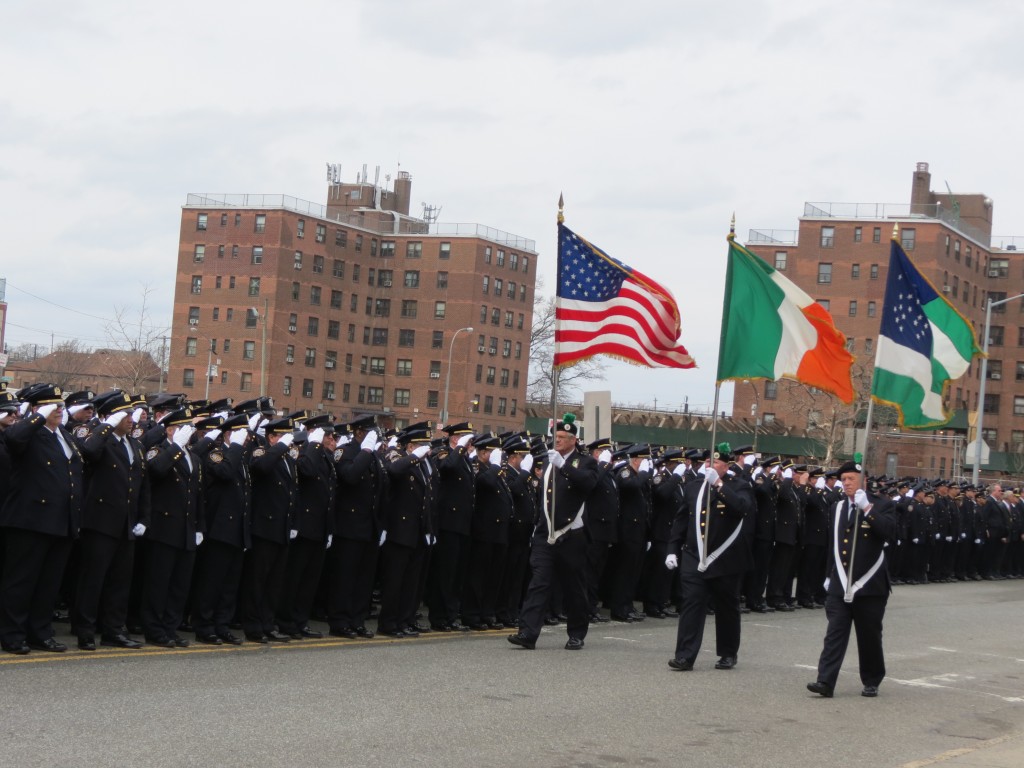