Lena Olive is currently working on a set of stories called “Manthology.”

Google the “difficulties of getting published,” and what comes up?

Well, in 0.39 seconds, according to the whiz that is the Internet, about 29.5 million results.

Let’s repeat that: 29,500,000 links, all apparently having something to do with how hard it is to see your words live somewhere other than your computer. You can almost hear the collective sigh emanating from writers across the country.

Author Chuck Wendig may have said it best several years back in a piece entitled, “Why Your Novel Won’t Get Published.”

“The numbers just aren’t in your favor,” Wendig wrote in a piece on his website, www.terribleminds.com. “Last I did a sweep of the Internet, it was home to 500,000,000 writers. Once you remove the wanna-be dilettantes, you still end up with 1,000,000 left. And they’re all fighting to have their manuscripts published.

“You gotta maximize your chances of putting a kick-ass book into the ecosystem where it bites, kicks, shivs and garrotes any other novel that gets in its way,” Wendig continued. 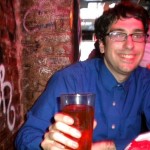 A group of area writers, including Queens College graduate Alfonso Colasuonno, are hoping they have the answer to that.

“There are so many writers who’ve written something but don’t know what to do about publishing – maybe they’ve gotten countless rejections,” said Colasuonno. “Publishing is a whole different animal.” 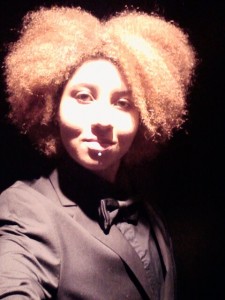 D.M. Vine is now working on an anthology of fiction and poetry.

And, for the four people running The Adept Writer – it’s not just about making a buck or two. They all know what it means to struggle and wade through the daunting layers of publishing bureaucracy – but, they also know that the possibility of seeing your words in the hands of  your readers doesn’t have to be a pipedream.

“We don’t want to be some corporate entity – we want to help writers,” said Colasuonno.

While Colasuonno is often working on short fiction, much of his attention right now is focused on a screenplay reminiscent of “Frances Ha” or “Tiny Furniture.” Olive is penning on a set of stories called “Manthology,” about the “lesser luminaries” in the city (read: terrible dates); Drum is working on a novel that has been described as Faulkner-esque; and Vine is deep into an anthology of fiction and poetry. 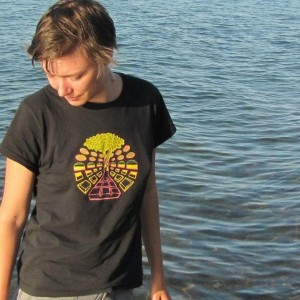 Rairigh Drum is in the process of writing a novel.

Additionally, the writers stressed that their prices are fair – they want to see people of all backgrounds, not just those who got to go to expensive liberal arts schools, find a home for their words.

“If we as a culture devalue literature – or compartmentalize it to certain social classes – it’s a real danger,” Colasuonno noted. “The Adept Writer – we want to democratize who gets published.”