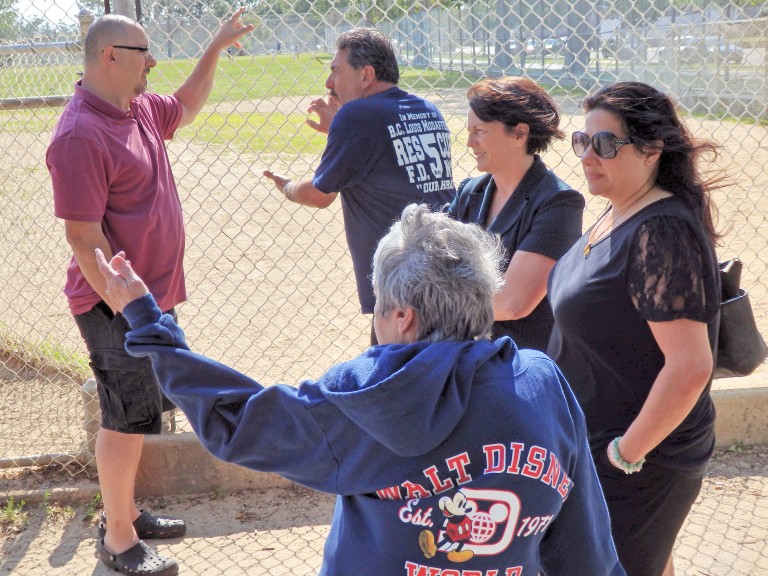 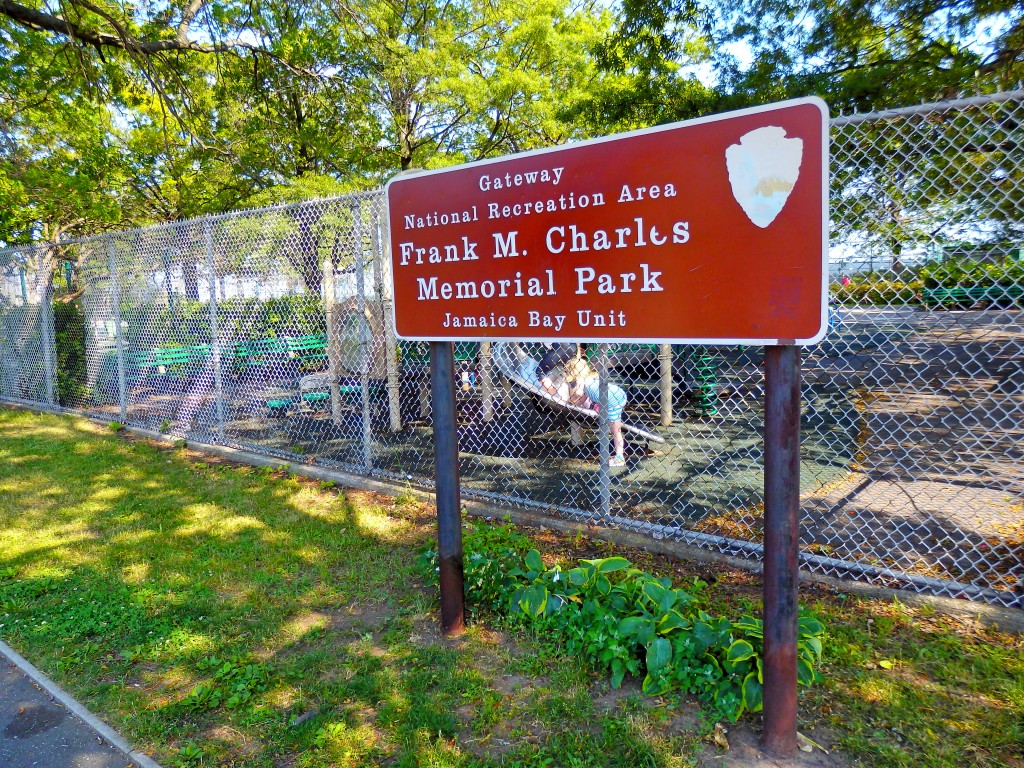 A call for change at Frank M. Charles Memorial Park in Howard Beach has been partially answered.

Like many of his neighbors, Mike Campanella said he was fed up with seeing his hometown park in complete disarray, covered in litter, overgrown grass and decay. So he took to Twitter, messaging federal agencies directly with hopes of getting a response.

His actions led to a meeting with Cortney Worrall, northeast senior regional director for the National Parks Conservation Association, who paid a visit to the 20-acre park Gateway National Recreation Area on Tuesday to hear and see what residents argued has become a disgrace to the community.

“I contacted the National Parks Department online and got bounced around a couple of times. But eventually, I was put in touch with Cortney,” Campanella said. “She agreed to come down and walk through with us. So far, she has been very willing to listen and to help.”

Worrall, who was named northeast senior regional director back in February, perused the park with Howard Beach advocates, pen and notebook in hand. With each complaint or eyesore, she jotted down a note and did much more listening than speaking. The plan, she said, was to learn as much as she could about the park so she could then try and work with the National Parks Service to explore new ways to keep it clean.

“I’m here to hear from you guys as to what the issues are,” she said. “Every year, there is a round of funding that’s requested in the president’s budget. Right now we are talking about the 2016 budget and we’re trying to learn more about what can be done with Gateway.”

Joe Campisi helped start the Charles Park Conservation society three months ago with hopes of centralizing a means to collect funding and advocacy for the park. He helped tour the space with residents Tuesday and asked Worrall how she could help. 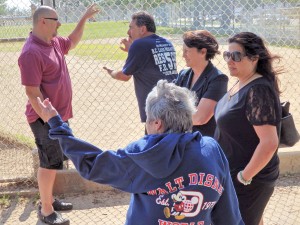 Residents discuss issues at the park, including littering and overgrown grass. Photo by Phil Corso

“We started this group so someone could speak on behalf of the park,” he said. “The whole goal is to get funding.”

Christine Modafferi and her husband Tony have lived across the street from Charles Park for over five decades and said it has only kept getting worse with each passing year.

“The only thing they do here is cut the grass,” Tony Modafferi said. “If this was a city park, it would be beautiful. This is the only thing this neighborhood has.”

The National Park Service did not respond to a call for comment.

Worrall asked the residents if they were open to considering a potential deal between the National Parks Service and the city to perhaps reform which entity oversees the facility. The support behind the idea was unanimous.

Christine Modafferi said she had grown tired of seeing people dumping trash there and letting their pets run amuck.

And during peak times on weekends, she said she has even opened up her home to children playing inside the park to use her bathroom because the one inside Charles Park was either out of service or locked.

“It’s disgraceful and makes us incredibly frustrated as homeowners,” Christine Modafferi said. “Nothing ever gets done. It’s really a nice neighborhood and it could really be a gem if we fixed this.”

Jon Rosen, who also lives across the street from the park, said he coaches the Our Lady of Grace soccer team in Howard Beach and often times oversees anywhere between 40 and 75 children on the field at once. He made sure to attend the meeting Tuesday because he said he was tired of seeing young ones accidentally falling into dog feces.

“City cops would be patrolling this park more if they were in charge of it,” Rosen said. “The federal cops come through, look for a second and then leave.”