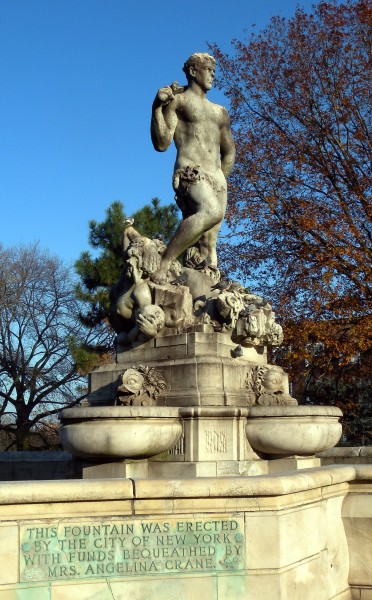 Activists are planning a major rally in support of bringing Civic Virtue back to Queens. File Photo

Time has not put a damper on the fight to bring Civic Virtue back to Kew Gardens and advocates said they were planning a major rally for the cause.

Richard Iritano, leader of the Civic Virtue Task Force, said he and his team were making hundreds of phone calls and emails to organize one a massive effort against the removal of the historic statue and call for its immediate return to the front of Borough Hall. After months of waiting for letters of support and other commitments from Queens elected officials, Iritano said he was ready to press forward alone if he needed to.

“We want this to be a democratic process and so far, we’re not getting any cooperation,” Iritano said. “Where are the letters of support? We will move ahead with this rally with or without them.”

Iritano, along with members of Community Board 9, has been a frontrunner in the battle to bring the statue back and said he hoped the pending protest would reignite the fight. He said the group was looking to rally sometime in early August for its biggest protest since 2012, when the statue was first thrown into the media spotlight.

Civic Virtue was built in 1919 by artist Frederick MacMonnies, showing a nearly nude Heracles, who personified civic virtue, holding a sword over two Sirens that represent vice and corruption. The 22-ton statue faced harsh criticism after many people argued it was a depiction of sexism, which ultimately helped lead to its removal in 2012.

The statue was first dedicated in 1922 and originally placed outside Manhattan’s City Hall before it was moved to Queens in 1941. That was where it stayed until 2012, when the Department of Citywide Administrative Services loaned it to the Green-Wood Cemetery in Brooklyn, where some members of the MacMonnies family are buried.

The task force fired off a letter to DCAS on July 3 calling for the statue’s immediate return and that Borough President Melinda Katz should nix plans of her own to convert its former footprint into a plaza honoring women of Queens and outside the city. He has yet to receive a response, he said.

Iritano said the decision to remove Civic Virtue was made under-the-radar despite community opposition. On his side were several other current elected representatives, including state Sen. Joseph Addabbo (D-Howard Beach) and City Councilwoman Elizabeth Crowley (D-Maspeth).

“I don’t understand why people give this sculpture a meaning it doesn’t have,” said Mary Ann Carey, district manager for CB 9. “They aren’t two women, they’re just two Sirens. They have tails. I don’t know any women who have tails.”

Now, the activist said he hoped to see those same elected officials come back to supporting the cause as he and his task force assemble another massive rally for next month.

“The consensus has long been established. We want it back,” Iritano said. “There still seems to be all these delays and stall tactics coming from those in office.”

Robert LoScalzo, a documentary filmmaker and member of the task force, learned through a Freedom of Information Law Request that $49,464 city dollars went towards the restoration work of the statue and another $49,801 paid for its transportation.

The task force has called for several other changes to the statue, including one at Green-Wood, where Iritano argued the cemetery inaccurately depicts the taxpayer funding of the statue’s cleaning and conservation. The group has also called for the statue’s fountain base on Queens Boulevard to be repaired and turned on daily.