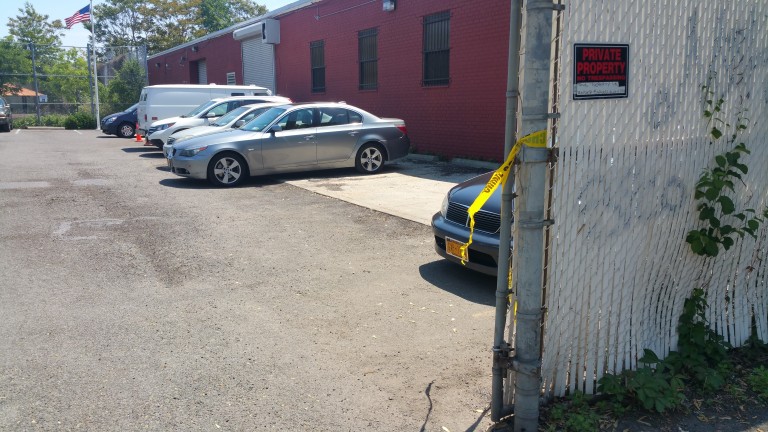 Coin-hungry crooks on Monday cut their way into the Ozone Park branch of an armored car company and stole tens of thousands of dollars, police told The Forum.

Some time between 4:30 a.m. and 6 a.m. on Memorial Day, an unknown amount of thieves snipped the chain-link fence and forcibly opened the rear exterior door of Dunbar Armored on Plattwood Avenue and 97th Street, according to a police spokesman.

Once inside, the burglars forcibly opened a metal gate and gained access to the coin vault. Investigators estimated the haul to be around $57,000 in coin currency.

No arrests have been made and the investigation was ongoing. 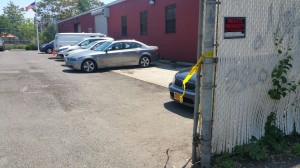 Remnants of crime scene tape dangling from the entrance gate of an Ozone Park armored car depot are a reminder of what happened on Monday morning. Forum Photo by Michael V. Cusenza.