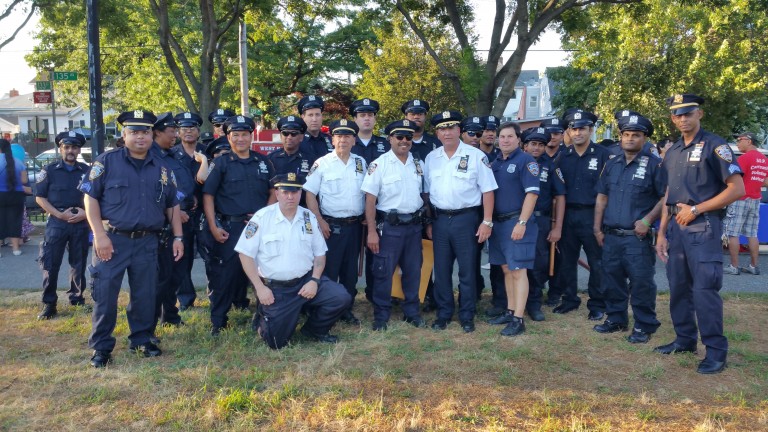 All 16 Queens Police precincts on Tuesday evening participated in the National Night Out Against Crime, the annual celebration of the bond between cop and community. 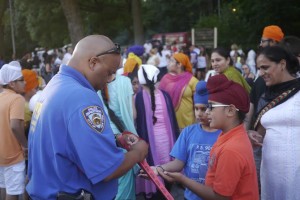 Police Officer Edward Byrne Park in South Ozone Park was the site of this year’s 106th Precinct Night Out festivities, which included horse rides, a bubble soccer game, food trucks and much more.

“It’s something different, something for the community,” said Ozone Park’s Larry Griffin, as he balanced his young son Austin on his shoulders. “You get to see law enforcement in a different light.” 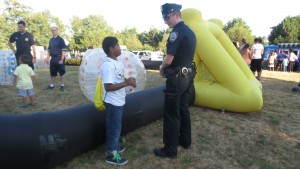 “This is a community that overwhelmingly supports our police officers,” he noted. “Thank you for the continuing honor of naming the park after my brother.”

Officer Eddie Byrne was assassinated not far from the park that bears his name while on duty in 1988.

Deputy Inspector Jeff Schiff, commanding officer of the 106th Precinct, cited the dip in overall crime in the area as a product of the relationship between police and the people they swore to protect and serve.

“We’re going to show people who want to do bad in our community that we’re not going to tolerate it,” he said. 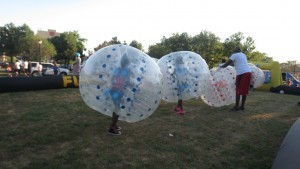 Sikh children hone their martial arts craft at the 102nd Precinct’s Night Out in Woodhaven. Forum Photo by Greg Zwiers