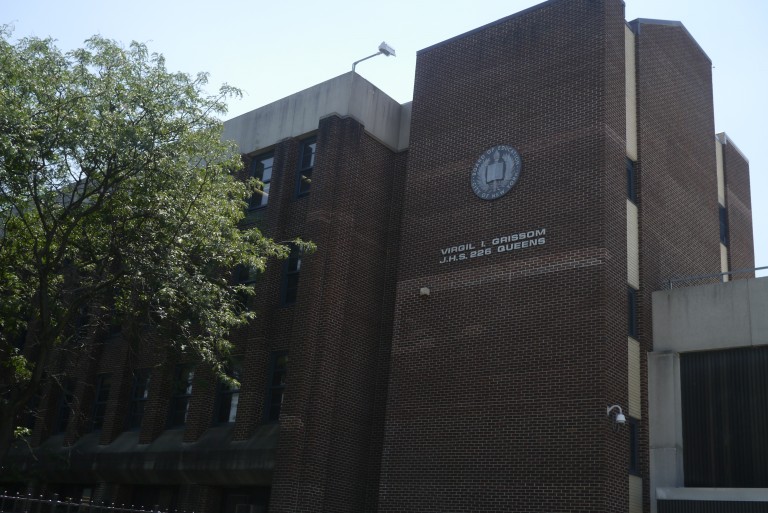 PHOTO:  The city Department of Education is probing whistleblower claims that educators at JHS 226 in South Ozone Park have verbally and physically abused special education students.Forum Photo by Greg Zwiers

The city Department of Education this week acknowledged that it is looking into whistleblower claims of physical and emotional abuse of students at the hands of administrators at a South Ozone Park junior high school.

According to a New York Post report, three assistant principals at JHS 226 allegedly roughed up and verbally berated children. In one incident, a special-education student was called “stupid”; three months after that, a witness said they observed a different assistant principal strike the same student and drag him through the Rockaway Boulevard school’s cafeteria, all while yelling, “I’m taking what is mine!” and “What are you going to do about it?!”

DOE spokesman Jason Fink said, “We take these allegations very seriously, and we are investigating the matter.”

This isn’t the first time 226 has garnered negative attention.

In 2012, the state Education Department investigated Principal Rushell White for allegedly ordering teachers to help students cheat on promotional English exams, according to a report in the New York Daily News.

Four teachers interviewed by the News said that White allegedly instructed educators to give students the test questions beforehand, and to let them have extra time to answer them.

In recent years, 226 has been co-located with a special-education school, Hawtree Creek Middle School and EPIC High School South. A 2013 Inside Schools review said, “JHS 226 is an unusually large middle school with uneven performance that has a history of issues with safety despite surveillance cameras, security guards and a reward program for positive behavior… The school has appeared on a list of ‘persistently dangerous’ schools in recent years and in 2012 a child accidentally shot pepper spray in the cafeteria, affecting about 30 students. Over half the students report physical fights are a common occurrence at the school on the Learning Environment Survey.”