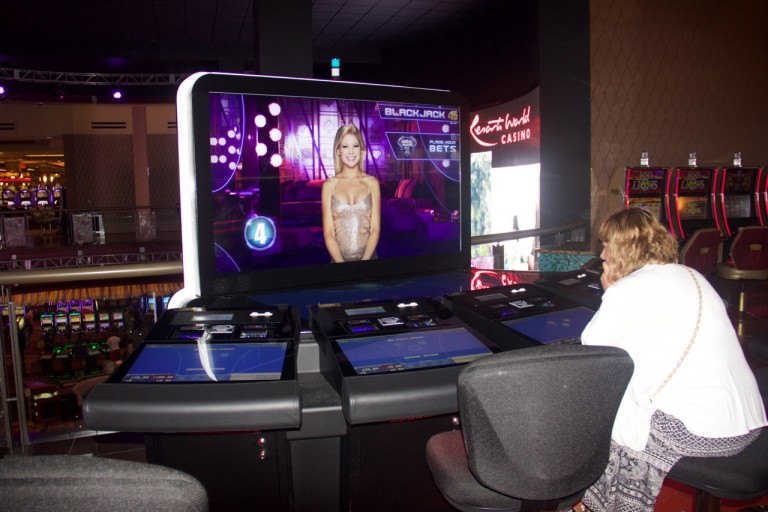 PHOTO:  Resorts World Casino New York City has announced that it will be adding more than 300 video blackjack tables to the gaming floor later this year.  Photo Courtesy of RWNYC

The highest-grossing slot casino in the country is in South Ozone Park. And it’s about to double down on its gaming presence.

The first 60 tables were unveiled this week, with more than 300 additional machines coming to RWNY in the next several months.

“Video blackjack is an extremely popular game around the world, and we are incredibly excited to expand and enhance our unrivaled gaming offerings for the millions of guests we welcome every year,” said Ryan Eller, president of RWNY.

The Rockaway Boulevard casino, which has generated more than $1.2 billion for the New York Lottery’s Education Fund since opening in 2011, is expected to add an additional $31 million to the fund annually with the introduction of video blackjack—enough revenue for the Education Fund to hire nearly 700 new teachers in New York City, executives said.

“Resorts World is proud to do its part to help improve New York’s education system,” Eller added. “The introduction of video blackjack furthers this support and helps to ensure more students throughout the city and state will earn a high-quality public education.”

Assemblyman Phil Goldfeder (D-Howard Beach) said, “New revenue sources like blackjack games will help continue the success at Resorts World Casino, the local community and most importantly will fund essential educational programs, which are critical to the long-term success of our children’s schools.”

“Resorts World has been a trusted community partner since day one,” he said. “An expansion of the gaming options will help them to sustain good paying jobs for local residents and allow for even more contributions to the community it calls home.”

According to Moody’s Investors Service, RWNY has maintained an approximate 60 percent market share since it opened four years ago.