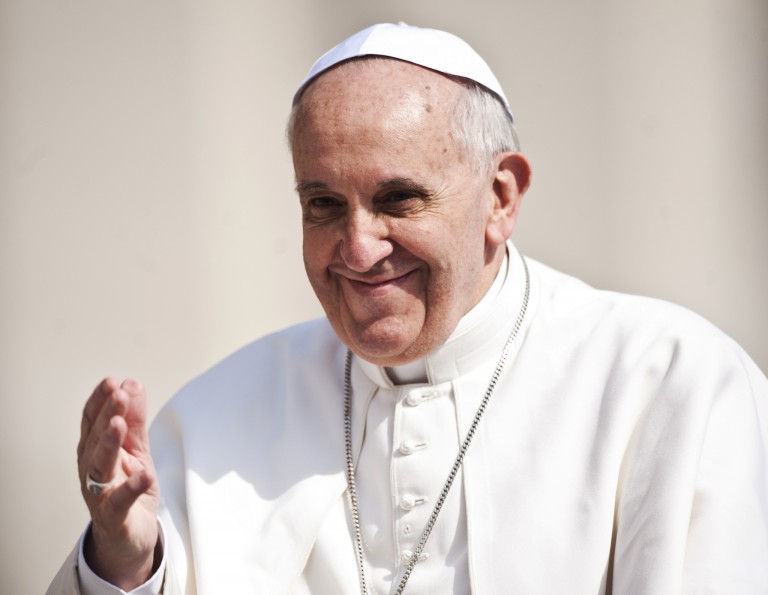 U.S. Sen. Charles Schumer (D-N.Y.) this week announced that his office will be conducting a statewide lottery for one ticket to the Joint Meeting of Congress with His Holiness Pope Francis of the Holy See on Sept. 24.

Schumer received one guest ticket, and said that “requests are pouring in” from across the state from those trying to “experience a piece of history.”

Pope Francis will be the first Pope to ever address a joint meeting of Congress. Schumer said his office will also offer 100 pairs of tickets to the Papal Audience on the West Lawn of the Capitol following the congressional address. Schumer’s office will distribute tickets during a random drawing that will be held on Aug. 27.

To enter, log on to schumer.senate.gov/papal-visit-lottery and fill out the entry form by Aug. 26. Entrants will be asked to submit their name and contact information. One Joint Meeting ticket winner and 100 winners of a pair of tickets to the Papal Audience will be notified personally after the lottery is held. Schumer noted that only the names of the winners will be made public.

Pope Francis is set to visit the United States next month. His itinerary includes a stop in the city, which will begin with his arrival at John F. Kennedy International Airport at 5 p.m. on Sept. 24. The following day, Pope Francis will address the United Nations General Assembly, and then head downtown to the 9/11 Memorial and Museum. His time in New York will culminate in a mass at Madison Square Garden at 6 p.m. on Friday, Sept. 25.