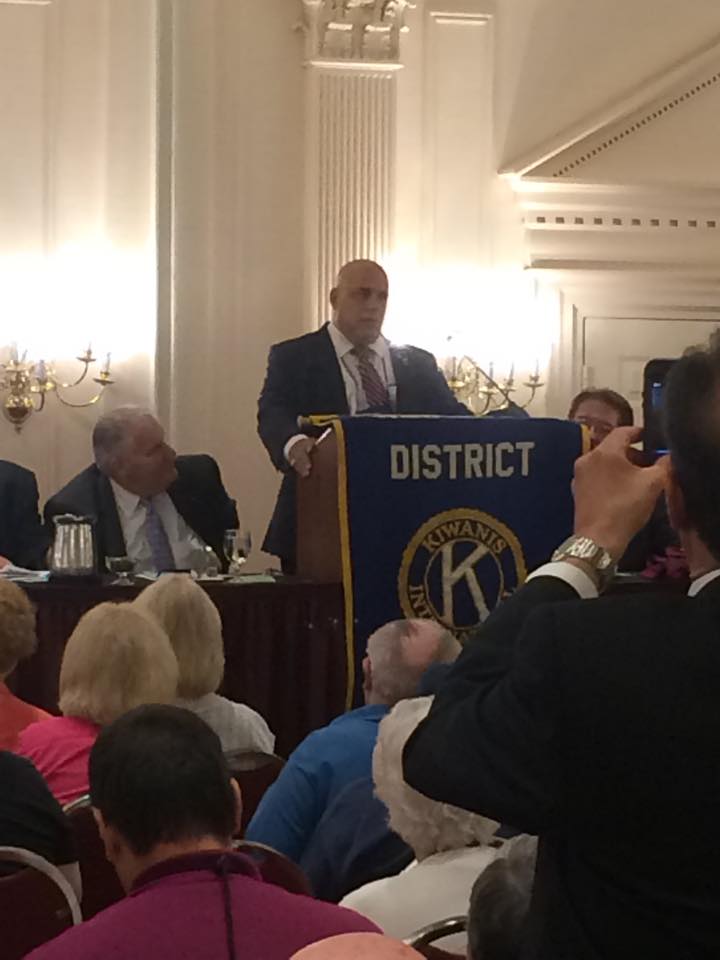 After a grueling year on the campaign trail, which wound its way from Cross Bay Boulevard, through Brooklyn and the Bronx, all the way up to Canadian border towns and back, Stephen Sirgiovanni last weekend emerged victorious as the new governor-elect of the New York District of Kiwanis International.

“’Thank God it’s over,’” Sirgiovanni laughed as he recalled his exasperated thoughts after learning on Saturday at the District Convention that he handily beat Niagara Frontier North Lt. Gov. Candace Corsaro.

The Howard Beach native and resident will be taking the reins from Staten Island’s Forbes Irvine when he officially kicks off his year-long term as governor-elect on Oct. 1. Sirgiovanni previously served as lieutenant governor of Kiwanis Queens West. But he has just won a statewide post, and the opportunity to oversee the 7,000 volunteers across the more than 250 Kiwanis clubs in New York.

Asked why he ran, Sirgiovanni said that, since the days of tagging along with his dad to meetings and events organized by the Howard Beach Kiwanis club, it’s always been about “helping the community and children.”

“They all gave me great advice,” Sirgiovanni noted, adding that Addabbo’s input in particular seemed to resonate with him the most.

“He told me, ‘Just be yourself—don’t be phony, just be who you are,’” Sirgiovanni remembered. “I’m very appreciative of that.”

The next 12 months will involve a lot of training and shadowing of newly-minted NY District Gov. Irvine. In November, he will head out to Kiwanis International in Indianapolis, IN., for a week of instruction.

Sirgiovanni said he’s also preparing to vet prospective members of his support team and what essentially will be his Cabinet.

“I’m looking forward to having a successful year, and working hard for the children and the community,” he related.

Additionally, he is developing ideas and concepts for projects that he will personally see through, and others that he will delegate to certain clubs across the state.

In Howard Beach and Queens West, Sirgiovanni said he has been most proud of helping to raise hundreds of thousands of dollars for JDRF and diabetes research, and his role in the successful campaign to secure a customized van for a beloved disabled youth in Howard Beach.

Sirgiovanni said JDRF, autism, and bullying are among the issues that will be the focus of his projects as governor-elect.

Asked what inspires his drive to volunteer after all these years, Sirgiovanni said it comes down to two things: the example set by his father, and the different needs of the community.

“I know I can’t save the world, but if I can help one child, to me that’s what it’s all about,” he concluded.