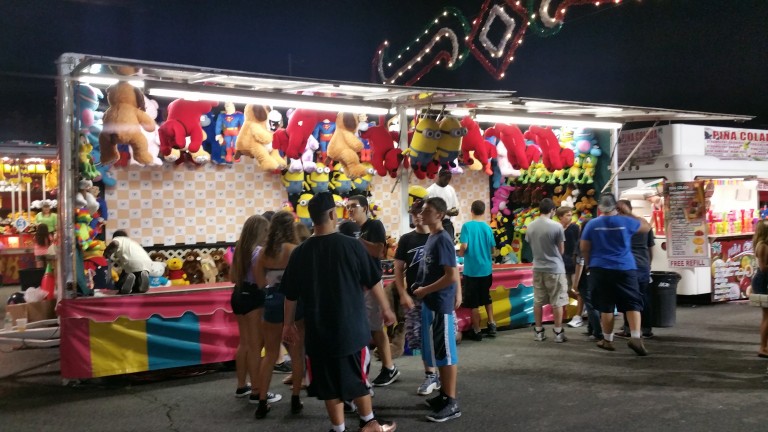 PHOTO:  Organizers told The Forum that this year’s Ave Maria Catholic Academy Family Festival was among the most successful in the event’s history. Forum Photo by Michael V. Cusenza

Hailed by organizers as one of the most successful in the event’s illustrious history, the 2015 Ave Maria Catholic Academy/Our Lady of Grace Family Festival attracted large crowds to AMCA’s patch of Howard Beach each night, starting last Thursday at 6 p.m. and culminating this past Sunday around 10 p.m.

The Generation Gap band had everyone, from grandfathers to granddaughters, dancing in the aisles and in front of the stage inside AMCA’s expansive parking lot to nostalgic Doo-Wop, classic Rock—and everything in between.

Family-friendly entertainment ran the gamut from carnival games such as a dunk tank and ring toss, to brightly lit attractions like the extremely popular Zipper ride and a crafts table, at which children tried their hands at sand-art creations, among other activities.

With schools getting set to open their doors in about two weeks, AMCA’s annual Family Fest has become a rite of summer in Howard Beach. The lot was packed, even on Sunday night, with many of the lines forming around trucks and tables that provided sinful festival fare—a staple of any vaunted summer feast.