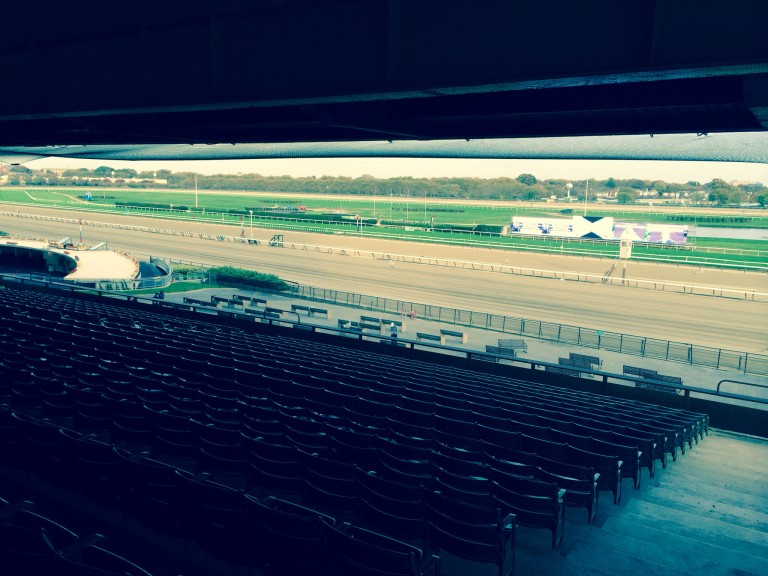 Armed with the hopes of improving the historic horse track nestled in his own district, Assemblyman Phil Goldfeder (D-Howard Beach) recently trekked upstate with New York Racing Association officials to Saratoga Springs for a tour of the Saratoga Race Course.

Additionally, Goldfeder, a member of the Committee on Racing and Wagering, embarked on the fact-finding mission to inspect the famed facilities in advance of this Saturday’s Travers Stakes, which will feature Triple Crown-winner American Pharoah.

Opened in 1863, Saratoga is considered to be one of the oldest sporting venues in the country. The course and its millions of annual visitors help generate $237 million in economic activity and nearly 2,600 jobs across the greater Capital Region, according to a 2015 report by the Saratoga County Industrial Development Agency.

Goldfeder’s tour included viewing a race from the winner’s circle and inspecting the course’s picnic grounds. He said he also took the opportunity to speak with Glen Kozak, NYRA’s vice president of Facilities & Racing Surfaces, about racing at Aqueduct. Kozak, a leading expert in the industry, walked Goldfeder through the various track maintenance techniques employed at courses throughout the state.

After the tour, Goldfeder said urged continued cooperation between NYRA and Resorts World NYC, which operates the casino at Aqueduct, to increase race-day parallel attractions like the picnic grounds at Saratoga. Goldfeder pointed to last Sunday’s inaugural Battle of the Badges Cook-Off and Community Day event at Resorts World as an example.

“Our state has a long and proud history at Aqueduct, Belmont and Saratoga race tracks. We need to find ways to grow the sport and attract new spectators at Aqueduct,” Goldfeder noted. “This includes utilizing our strong community partnership with Resorts World to expand fun, family-friendly activities on race day like we see at Saratoga. This will help boost our local economy and ensure that families here in Queens and fans across the state can continue to enjoy Aqueduct for years to come.”

He later added, “It’s time we put our money on Aqueduct.”

Joanie Omeste, community relations manager at NYRA, said that the organization was “honored to host Assemblyman Goldfeder at Saratoga Race Course in order to build on our already strong relationship at Aqueduct in the months and years to come.”