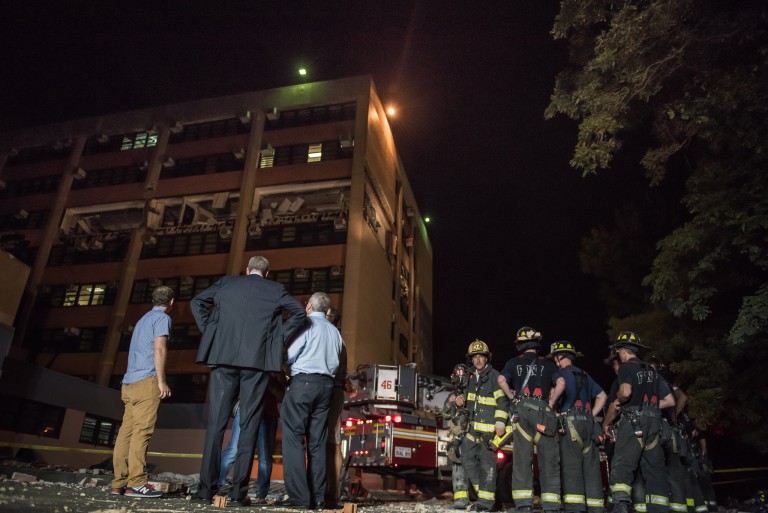 PHOTO:  Mayor de Blasio and emergency officials last Thursday surveyed the damage after a gas explosion at the JFK Campus in the Bronx. Photo Courtesy of Rob Bennett/Mayoral Photography Office

The three men who were injured last Thursday night in a gas explosion at the John F. Kennedy Campus in the Bronx worked for a plumbing and heating company based in Ozone Park.

Mar-Sal Plumbing & Heating Inc., based on Pitkin Avenue, was contracted to install a new gas line in the building’s science lab. Fire Marshals have determined that the blast occurred after a worker lit a match to test a table-top gas valve in the 6th-floor lab.

According to FDNY officials, the explosion blew out the walls of the room on the northwest corner of the Terrace View Avenue building, sending debris as far as 200 feet from the edifice and damaging multiple floors. Thirty-one units comprised of 138 firefighters responded to the scene and treated and transported the three injured men—Luigi Barillaro, James Intriago, and Charles Marullo—to Jacobi Medical Center.

Barillaro, 36, of Howard Beach, suffered burns to over 50 percent of his body. He is recovering at Jacobi after multiple skin-grafting surgeries, according to family sources.

Intriago, 38, and Marullo, 53, were initially listed in serious condition with burns to their arms and faces.

The city said the building will not be ready for students when the school year begins on Sept. 9.

According to the Department of Buildings, a full vacate order is in effect for the entire building, and a safety zone has been put in place along the south and west facades. The agency also is in consultation with the School Construction Authority, will assess the stability of the structure, and determine a plan for any necessary demolition and remediation.

Parents who have questions are encouraged to call 311 or email JFKCampus@schools.nyc.gov. 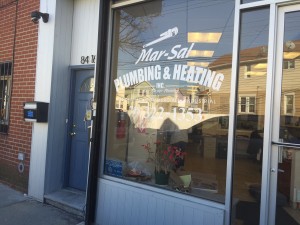