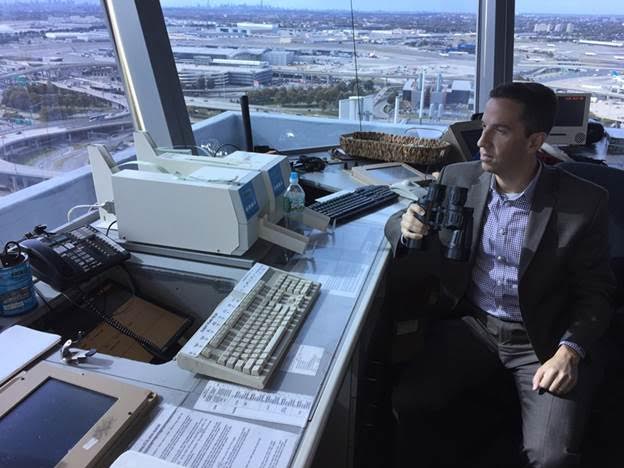 Runway 4L-22R is a parallel span that runs in a northeast-southwest direction on the eastern side of JFK, measures 11,351 feet long by 150 feet wide and handles about 25 percent of the airport operations annually.

The closure of 4L-22R required the airport to rely more on east-west runways for arrivals and departures, increasing air traffic and noise over the last eight months in Hamilton Beach, Howard Beach, and other neighborhoods to the west of JFK. With the work completed, Goldfeder noted, families in these communities should see air traffic return to pre-construction levels.

“As of this week, they’re finalizing the electrical work,” Goldfeder reported Tuesday night at the Howard Beach-Lindenwood Civic meeting. “So, it’s a tiny drop of good news after what has been a difficult situation.”

The $292 million project, which was conducted by the Port Authority in three stages, added more than 700 feet of runway pavement; widened the runway from 150 to 200 feet to accept new, larger aircraft; allowed for the construction of high-speed taxiways as well as new taxiway exits; and replaced outdated navigation and communication equipment.

“It was an honor to witness firsthand the operations responsible for monitoring and directing the planes as they fly over our communities. The tireless work and consummate professionalism of Air Traffic Manager Siewert and his team at JFK help ensure the safety of millions of passengers, as well as the thousands of families living around this major transit hub,” Goldfeder said.

FAA officials also explained how flight paths are determined and what the agency does to try to reduce noise in communities throughout the city.

Goldfeder said that “having strong partners in the FAA and the Port Authority is so important to ensuring our families’ quality of life issues are addressed.”

Additionally, Siewert and his team gave Goldfeder a briefing on preparations for the arrival of Pope Francis in the city, and President Obama’s visit to the United Nations.