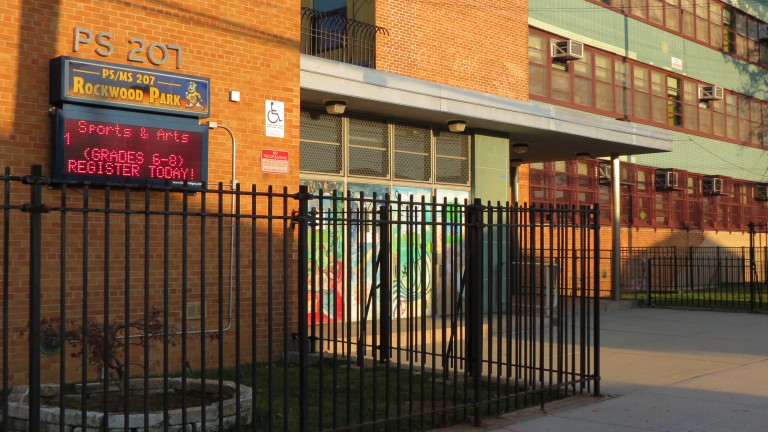 Citing complaints from both parents and faculty regarding overheated classrooms at PS 207, Assemblyman Phil Goldfeder (D-Howard Beach) this week sent letters to the city Department of Education and School Construction Authority to alleviate the situation.

Goldfeder said also encouraged the agencies to conduct a study of city school infrastructure to ensure proper maintenance of heating and air conditioning equipment citywide. This, Goldfeder wrote, would better prepare schools during spells of unseasonably warm or cold weather and create a safer, better learning environment for students.

“My daughter can’t handle the heat,” Nicole Saputo, whose 7-year-old daughter at PS 207 suffers from vasovagal syndrome, told Goldfeder. “She’s gotten headaches from the heat and when she gets dehydrated, she faints. There is no way she is absorbing any information in this heat. It’s unfair to her and to all of her classmates.”

“As a father of two young children, I know that learning is as much about the school environment as it is about the books and tests,” Goldfeder said. “A safe, healthy classroom goes a long way in preparing our children for the future.”

DOE spokesman Jason Fink noted, “We are engaged in continual dialogue with families, elected officials and other community stakeholders on ways we can best improve schools and serve students.”