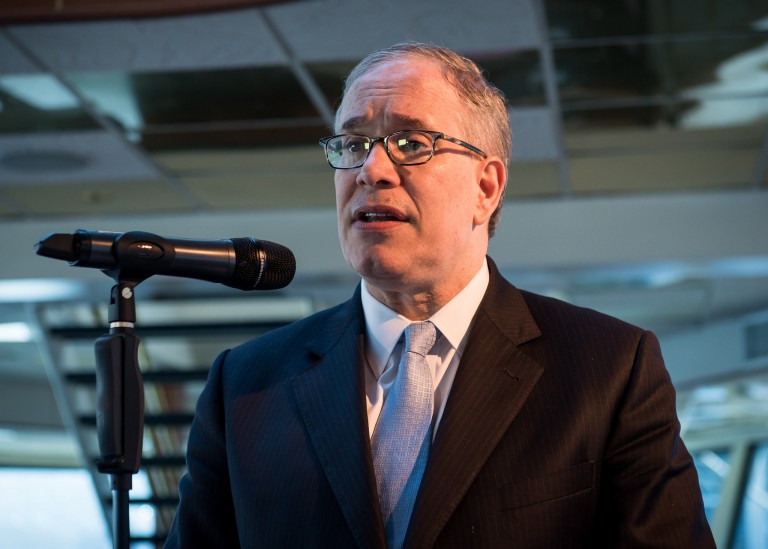 It appears that the Big Apple is bursting at the seams.

New York City is severely overcrowded, and it’s only getting worse, according to a report released on Monday by city Comptroller Scott Stringer.

Nearly 1.5 million residents lived in a crowded or severely crowded dwelling in 2013, and more than one in 12 dwellings in New York City – a total of 272,533 homes – are crowded, according to Stringer’s 14-page “Hidden Homes” analysis.

“New York City is in the midst of a protracted housing emergency,” the report indicated.

“Studies make it clear that crowding hurts the whole family,” Stringer noted. “It makes it harder for kids to learn and puts the entire family at a greater risk of homelessness. This new report shows that the problem of crowding is stubbornly increasing, with nearly 1.5 million New Yorkers now living in a crowded or severely crowded home. In response, the city must elevate crowding as a key housing priority to be addressed, while at the same time creating more affordable housing.”

Historically crowding has most often been observed among low-income populations, and in immigrant households, “Hidden Homes” indicated.

Additionally, crowded dwellings are linked to negative health consequences, including the spread of infectious conditions and diseases, mental and psychological distress and asthma. Children in crowded housing situations have been found to experience negative effects on academic achievement and increases in behavioral problems which can trigger problems that persist into adulthood, according to the report.

Crowding has also been linked to increased fire and safety hazards, sometimes due to illegally constructed room partitions that limit egress and impede the movement of firefighters in emergency situations.

Stringer’s office recommended that the city form a working group of housing, buildings, and public safety experts to devise a strategy to mitigate fire hazards that stem from overcrowding; that The Department of Health and Mental Hygiene consider increasing data collection as it relates to residents living in crowded housing, with an eye toward better understanding the public health risks of crowding; and that The Department of Homeless Services publicly release comprehensive data on applications for individuals seeking placement in city shelters so that policy makers can understand the extent to which crowing drives shelter applications.

“Crowding affects every New Yorker, throughout all five boroughs, and across every income level,” Stringer added. “And while we could all use a little more room to breathe, we must give special attention to those who are most at risk for the negative effects of crowding, including bad health, diminished economic opportunity, and increased risk of homelessness.”